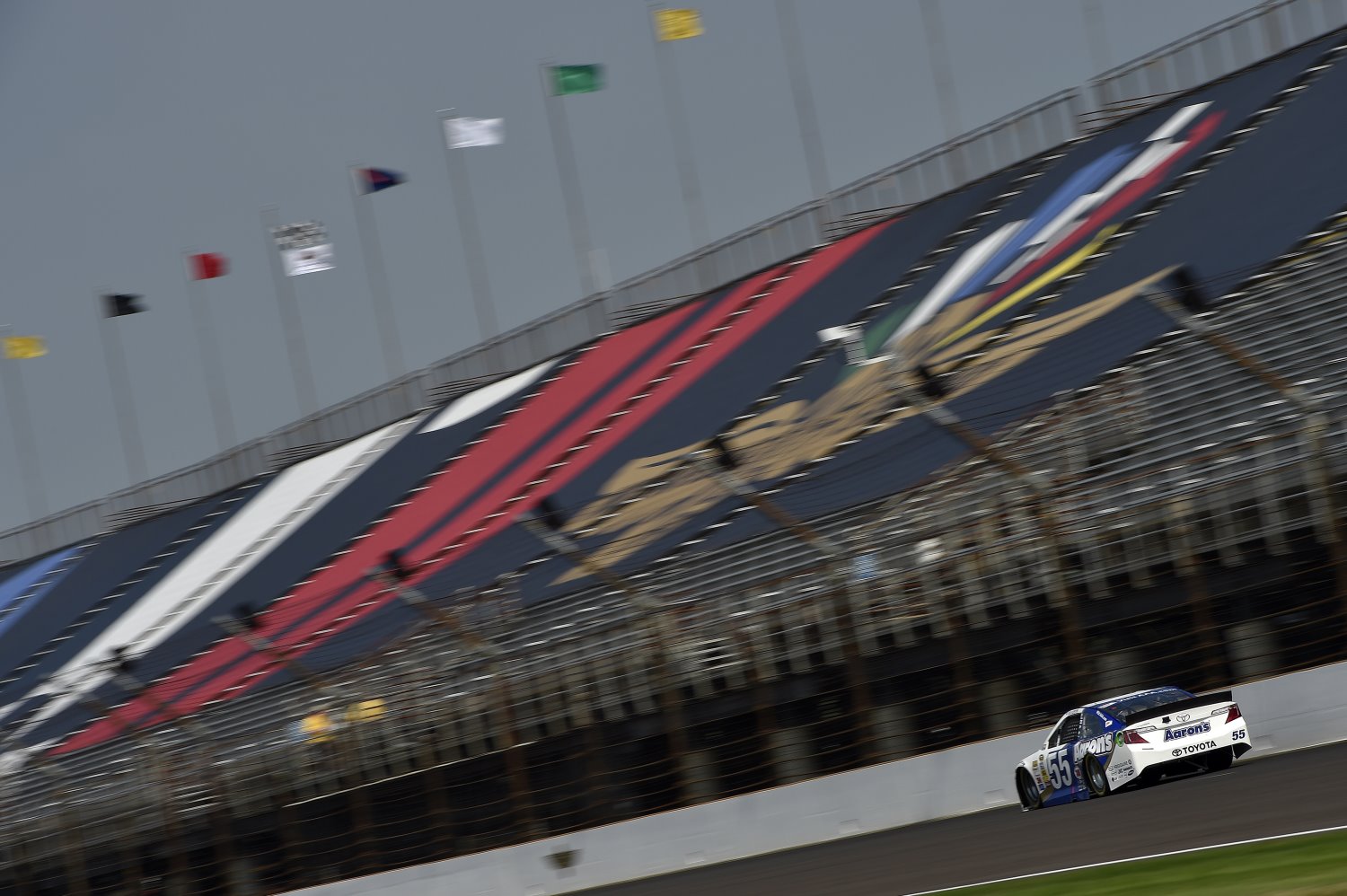 Can they make a difference to NASCAR's fastest falling event asks John Oreovicz of ESPN?

Let's be honest: No. Two of modern stock car racing's biggest stars have strong ties to the state of Indiana, but that's not likely to create a noticeable boost in attendance for the race that serves as the most dramatic example of NASCAR's fall from grace over the last decade.

Only 20 years ago, when stock car racing was still relatively new and novel at IMS and the Indianapolis 500 was starting to show the effects of the Indy car civil war between CART and the Indy Racing League, I called the Brickyard 400 "the Speedway's premier race."

That is emphatically no longer the case. With Indy car racing reunified as the Verizon IndyCar Series, the Indianapolis 500 has slowly rallied over the last decade. This year, with the additional buzz surrounding the 100th running of America's most famous auto race, the "500" was a sellout for the first time since the CART/IRL split in 1996.

Meanwhile, the Brickyard, despite being contested at arguably the best-known oval circuit in the world, has become just another race on the NASCAR schedule.

The drivers can hype it up and say how much it means to race at Indy, but the Brickyard 400, as an event, has lost its luster with fans.

The sellout crowds were already starting to thin when the Goodyear tire debacle occurred in 2008, and that, combined with the resurgence in interest in the Indianapolis 500 when Indy car racing came back together, burst the Brickyard attendance balloon.

The event never really recovered, to the point where attendance has slipped to an estimated 75,000 on race day, about a quarter of what it was during the peak years in the 1990s.

The Brickyard 400 is still a profitable race for IMS, but it cannot be denied that those vast expanses of bare aluminum grandstands are a black eye to the famous venue's image.

"The Brickyard 400 is the third largest attended sporting event in the state of Indiana every year," IMS president Doug Boles said. "So while it's not the Indianapolis 500, it still is a massive event and there still are a lot of people here. Economically it makes sense for us, it makes sense for this community and it makes sense for NASCAR.

"Would we love to have more people?" Boles asked. "Absolutely, and we continue to try to do that every day. But is there any way you can say it's not a success? Absolutely not."

Assuming the Brickyard draws 75,000, that still puts the event comfortably in the top 10 in terms of attendance among all NASCAR events.

That "glass-half-full" spin ignores the fact that the Brickyard used to be the sport's undisputed No. 1 draw and that the weekend is a shadow of its former self. Promoting the presence of Stewart and Gordon for one last go-round certainly isn't going to make a noticeable difference in attendance — or the widespread perception that the Brickyard is an event that jumped the shark.

Gordon, who spent the first half of the season in the media working for Fox Sports, understands that his two-race (for now) comeback is big news — especially in central Indiana, where he attended high school while starting his career in USAC racing.

"Absolutely, we are looking for big stories because you know that when they come along it creates a lot of buzz and interest and gives you a lot to talk about," Gordon said. "So I'm sure the folks at NBC are going to have plenty to talk about here on Sunday."

Boles said that when the news about Gordon broke, it did make a positive difference. "I know our ticketing team is excited," he said. "Our phones started ringing in a way that they haven't been ringing in quite some time, just because there is so much momentum behind Jeff Gordon.

"When you're here in Indiana and you have the opportunity for Jeff Gordon to run at the Indianapolis Motor Speedway — especially after he's retired from racing — it's pretty exciting to have him here."

In addition to his Indiana homecoming, Gordon adds another storyline (and potentially, some ticket sales) to next week's race at Pocono Raceway. But Pocono president Brandon Igdalsky is realistic about the effect Gordon's presence — and by extension, Dale Earnhardt Jr.'s absence — will have on walk-up numbers at the gate.

"I'm sure we saw a little spike from it, but you'd rather have the most popular driver in the sport [Earnhardt] racing," Igdalsky said. "The fans last year who may have missed the chance to see Jeff run, there you go, he's going to come back and run a few races and fill in.

"Heck, I'll take any extra ticket sales we can get."

With Hoosier heroes Gordon and Stewart (and to a lesser extent, South Bend native Ryan Newman) to promote, this year's Brickyard certainly isn't hurting for storylines.

But the biggest story is still likely to be the shocking lack of fan interest in the event — and looking forward, there is no logical answer in sight in terms of how to rekindle it.

Suggestions range from running the Indianapolis race on the IMS road course, to making it a Chase race later in the year when the weather is more pleasant (this weekend's forecast calls for high humidity with a heat index above 100 degrees).

Clearly some kind of shake-up needs to happen, because 23 years in, the novelty of NASCAR racing at Indianapolis has truly worn off. It was neat at first, but once you've sat through a couple hot, boring stock car races at IMS, there's really no compelling reason to go back and do it again.

The Speedway is an awesome place to behold, especially when it is filled to capacity like it was in the first half of the Brickyard's history, or for this year's Indy 500. But truth be told, with its poor sight lines and lack of modern amenities, it's not the greatest place to actually watch a car race.

Improvements are being made to the infrastructure at IMS, but the grand old track is still light years behind venues like Daytona and Texas when it comes to giving fans a comfortable spectating experience.

Next year, of course — barring another personal request from Rick Hendrick — there won't be Gordon and Stewart as part of the draw.

"It's certainly important to build that next generation of race car driver, because that's what's going to sell tickets in the future," Boles said. "The best-case scenario for us in Indy is if Tony Stewart or Jeff Gordon wins, but people are already asking who is that next generation driver who is going to win and create new fans and sell tickets going forward" A lot of NASCAR's messaging in the last couple years has been about the new drivers. They know they have to invest in that, and so do we.

"But we're not going to turn Jeff Gordon down, no matter who else you need to build the fan base going forward." John Oreovicz/ESPN