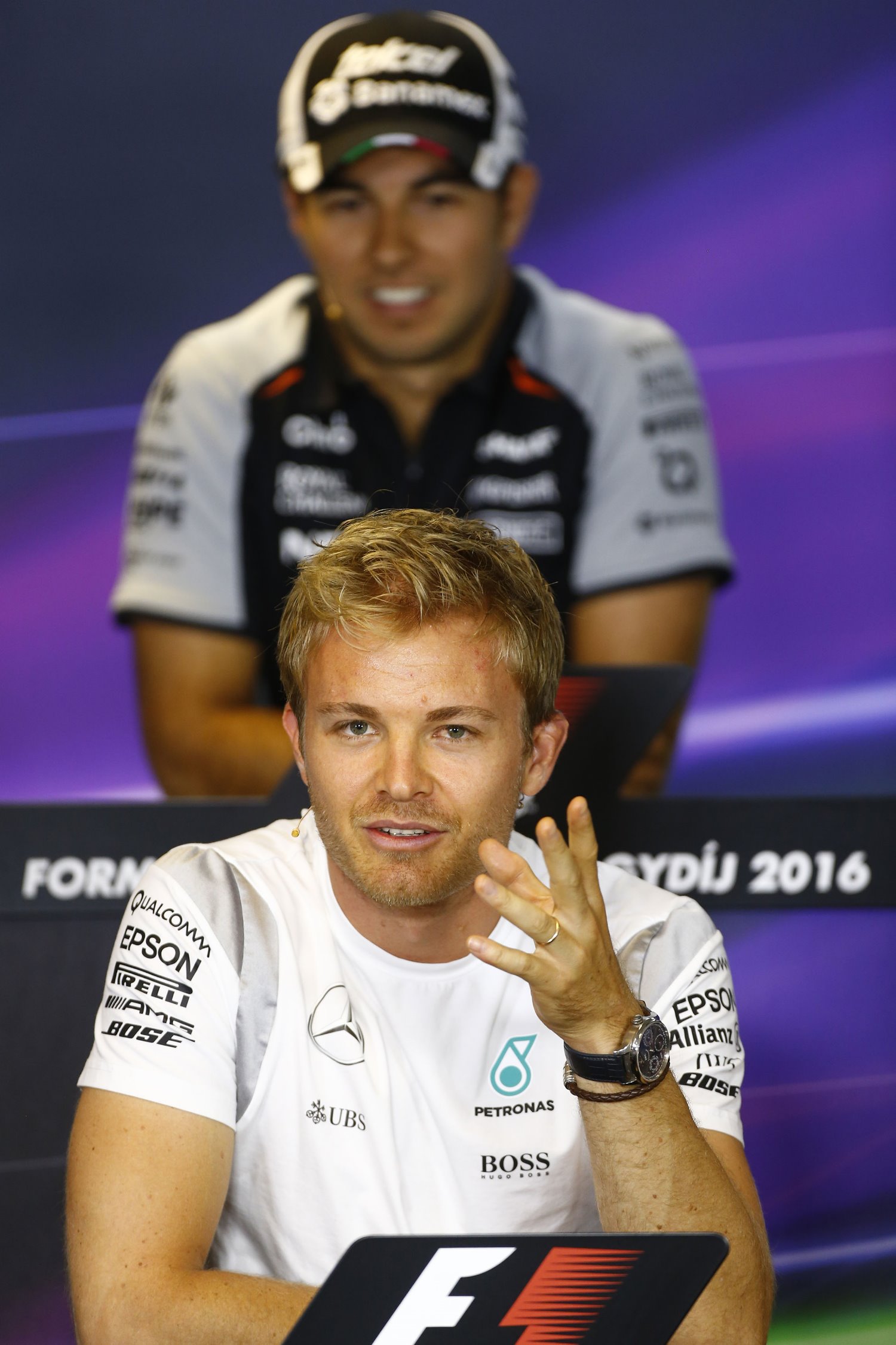 After Lewis Hamilton was forced to sit out the majority of the second free practice session for the Hungarian Grand Prix after suffering a crash at the Hungaroring, his Mercedes teammate topped the session ahead of Daniel Ricciardo and Sebastian Vettel.

The defending champion got out of shape on the entry to the fast Turn 11 right-hander, the Mercedes sliding across the tarmac run-off area and firmly striking the barrier on the W07's left-side.

Hamilton was able to get the car going and nurse it back to the pit lane, but he was unable to run in the rest of the session.

The session was red flagged for a short time to allow marshals to reposition that tire barrier.

Nico Rosberg
An impressive day for us, performance-wise. Of course, that doesn't necessarily mean we'll be in quite such a strong position tomorrow – but for now it's very positive. I'm feeling great out there and the car is very quick, so a good start to the weekend overall. We got everything done in terms of qualifying and race sim work and it's all looking very good. I think the new asphalt suits us, so I'm optimistic. It's a great feeling to start the day like that with the contract being sorted. That was always going to be a positive boost. Now I'm really excited for the rest of the weekend in my awesome Silver Arrow.

Lewis Hamilton
Obviously, not the greatest session for me. My apologies to the crew for all the hard work they have ahead to strip the car and get it back together. Fortunately, I got a good feel for it in the few laps that I did have and the pace is clearly there, so hopefully tomorrow I can make up for the time lost today during the morning session and come back strongly in Qualifying.

DANIEL RICCIARDO
We’re looking pretty good, we’d like to be a bit closer to Mercedes but at the moment we’re sitting sort-of second best, a bit quicker than Ferrari today, so we are more or less where we expected to be. We knew it would be close with Ferrari, so if we can keep our nose in front that would be nice. I think we’re in a pretty good position for a Friday. The new track surface isn’t massively different, it’s a bit smoother but the nature of the track is still the same. I was a little bit worried it would lose some of its character, but I think it’s still much the same. As more cars drive on the track during the weekend, it should come up and get quicker and quicker. We have to target top three; the last two years we have had podiums here, so three years in a row would be nice.

MAX VERSTAPPEN
We started quite easily in FP1 today and worked through our programme. FP2 was much better; we were a lot closer to the pace of the Mercedes and the long runs were looking good so I’m happy about that. I made a little mistake in the last sector on my fast lap but these things happen, hopefully just today and not tomorrow. I want to improve the car a bit for the race, Ferrari are not too far away so we shall see what happens tomorrow in qualifying. The weather on Sunday could be warmer which usually means more issues with the tyres but it’s the same for everyone so let’s wait and see. For me the kerbs are quite ok here, if you have an oversteer moment then you can go wide but otherwise it’s ok to stay within the limits of the track.

Paddy Lowe, Mercedes Executive Director (Technical)
There was a great deal of anticipation going into today, as we eagerly awaited the chance to try out a long-standing circuit with all-new tarmac, all-new kerbs and the SuperSoft compound in use for the first time at this venue. We had a good session in FP1, with both tyre compounds working even better than expected and no issues to report. Unfortunately, early in FP2 Lewis was caught out by one of the new, unpainted kerbs on the entry to T11, resulting in quite a heavy impact with the barriers. This ruled him out of the remainder of the session as the crew assessed the damage to his car. The most important thing is that Lewis was unharmed despite the impact. These cars are very stiff and very strong in a pure lateral load, so he went to the medical centre for assessment after a high G-Force reading from the accident data recorder – but luckily the tyre barrier took most of the energy out of the impact. There has been some damage to suspension and a few bodywork elements – but this will be easily fixed overnight. With Nico, we managed to complete a full programme – including some good long runs – so fortunately we have all the data we need heading into the weekend despite the setback for Lewis. We now look forward to a good competition tomorrow.