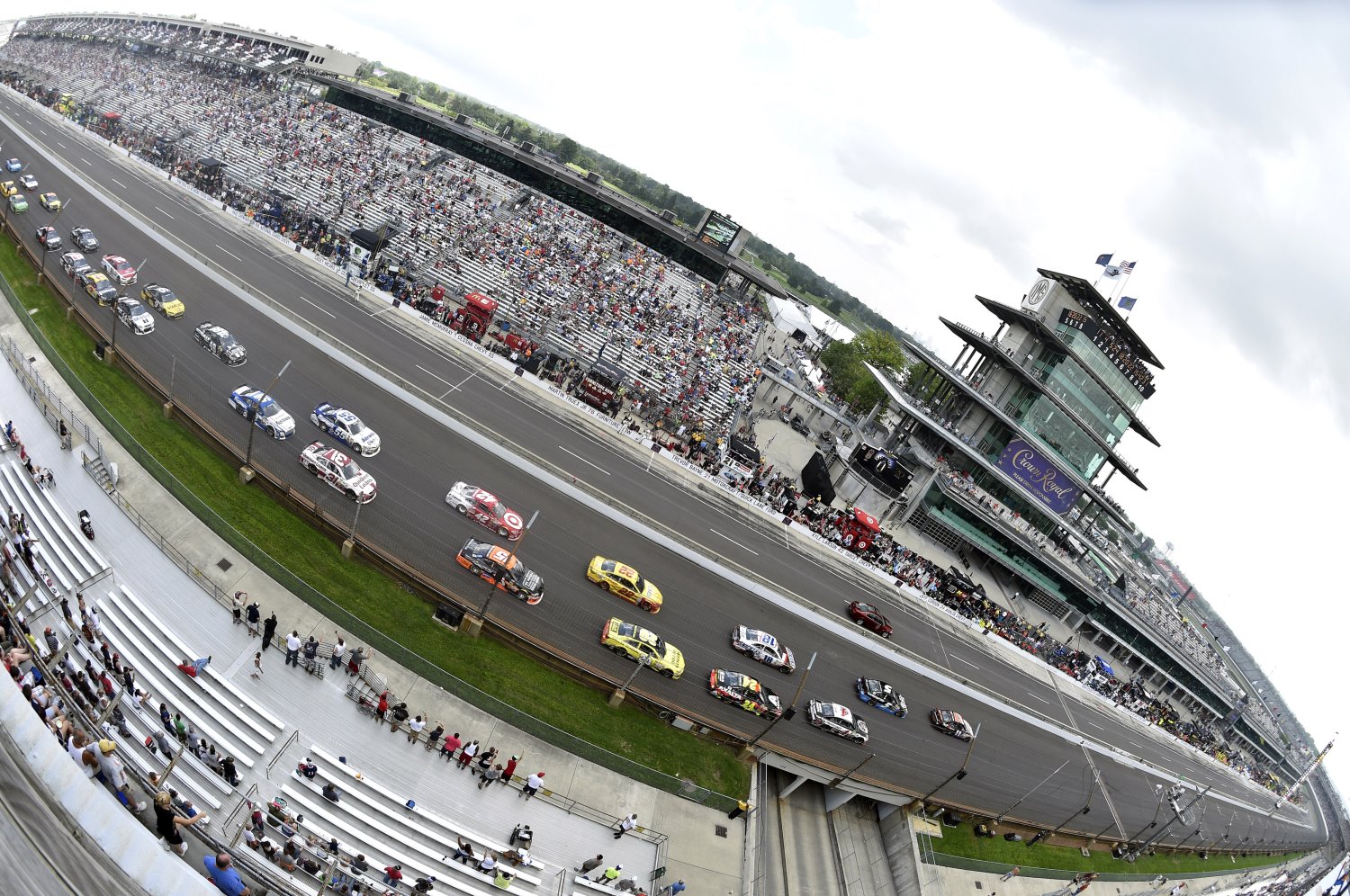 When NASCAR invaded the hallowed ground of Indianapolis Motor Speedway around 20 years ago it was akin to the Beatles invading America. It was just as loud, with the primary difference being instead of mop tops there were mostly unruly mustaches. And that none of the drivers was named Ringo, writes Ron Kantowski of the Las Vegas Review Journal.

That was 1994. A NASCAR record 85 cars were on hand to compete for 43 starting berths. The massive grandstands were full to the brim. The Brickyard 400 was the hottest ticket in town.

Now it’s 2016. A not-so-grand total of 41 cars will compete for 40 starting spots. Roughly 70 percent of the massive grandstands will be empty or covered by advertising banner disguises. The Brickyard 400 is now shown on NBCSN, which is sort of like ESPN 8 — The Ocho. Only without dodgeball.

A story in the Indianapolis Business Journal said the NASCAR race still turns a tidy profit. In the halcyon days, it was around $25 million. Now it’s down to around $8 million, with that projection said to be optimistic.

It has been announced that Jeff Gordon will step out of retirement to drive concussion-plagued Dale Earnhardt Jr.’s car in Sunday’s stock car installment at Indy. Gordon has Hoosier roots and has won the Brickyard 400 five times. Perhaps his presence in driving coveralls instead of a TV blazer will help put a few more posteriors in the seats.

But despite widespread ennui among spectators, a lot of NASCAR drivers say winning Indianapolis still is a pretty big deal.

This is what Kyle Busch, the reigning Sprint Cup and Brickyard 400 champion from Las Vegas, said when somebody (probably his publicist) asked if it still was important to a NASCAR driver to win the Daytona 500, the Southern 500 at Darlington and the Brickyard 400 before he becomes an Xfinity series analyst or opens a Pep Boys franchise out by the interstate:

“It is. It certainly was for us last year," Busch said.

“They treat it very special there. For our team, we circle it on the calendar every year — that’s the one we want to win. We always circle the Daytona 500, the Coke 600, the All-Star race, the Brickyard 400, the Southern 500 and Homestead. There’s probably a couple of more in there that you want to win, such as any race within each round of the Chase."

That’s a lot of circles on the calendar. But at least Indianapolis still is one of them.

“I guess it still pays pretty decent, so you might as well win it," Busch said, even if the seats at Indy are as empty as when the senator from Iowa spoke at the political convention the other night.

Last year’s TV ratings (3.0) for the Brickyard 400 were the lowest in history. On the positive side, they still were the highest for any program ever show on The Ocho — er, NBCSN. Ron Kantowski of the Las Vegas Review Journal