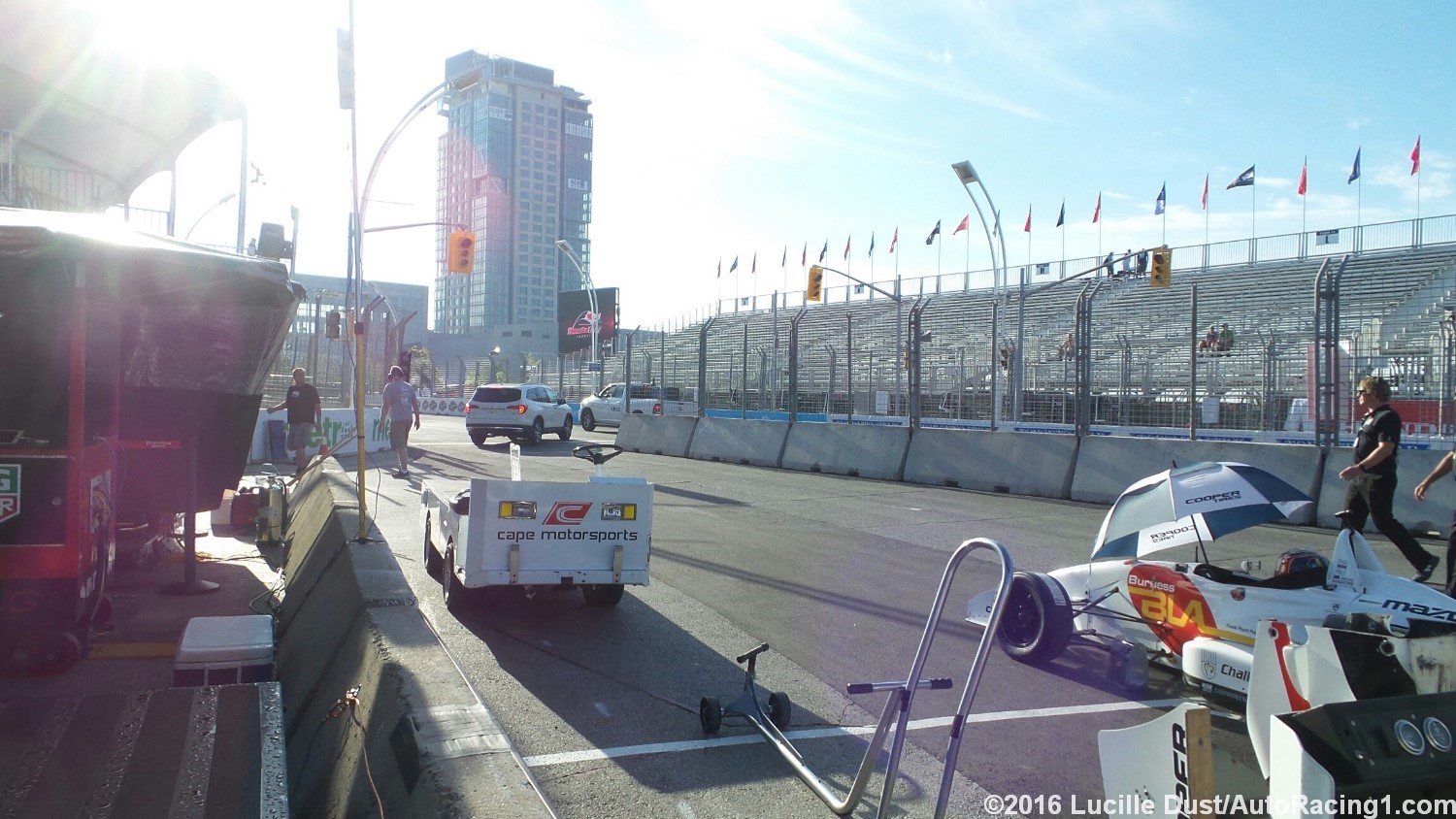 Good morning from across the border in Toronto, Ontario for the first day of practice for the 30th Honda Indy Toronto. It is a sunny, cool morning here with temperatures in the 60's. Although the area has not had much rain in the past few weeks, thunderstorms are predicted for early this afternoon with a pleasant 80 degrees.

Arriving at the Toronto airport yesterday, I spoke with Josef Newgarden of Ed Carpenter Racing. Just 4 days earlier, the determined American won the Iowa Corn 300 with his injured right hand causing him some discomfort. Today his hand was not bandaged and appeared healed to me. Newgarden told me he was healing a little every day.

Simon Pagenaud's team won the Firestone Pit Stop Award at the Iowa race. The win makes the third Pit Stop Performance Award for the Number 22 crew and the seventh overall for Team Penske on 2016.

The layout of pit lane had changed this year due to the hotel that is still under construction. It is on the outside of track across from where it had been for 29 years. The track is now very narrow around the pits in order to accommodate the new pit lane. The USF2000 cars were out at 8 am and did not even get a full lap in before they a car hit the wall coming onto the main straight. Matt Brabham was watching the practice and commented that the track is very narrow in this area. The Australian will be racing in the Super Stadium Trucks this weekend.

IndyCar practice is at 10 am and 2:30 today. Lucille Dust reporting from Toronto