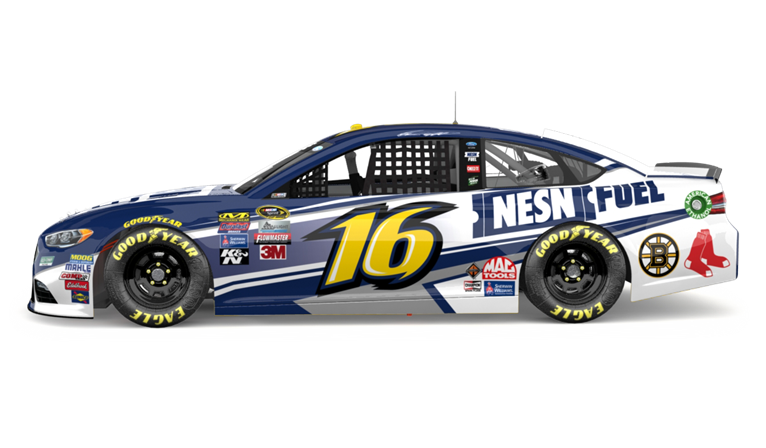 NESN Fuel, a new website covering all things automotive, is set to be the primary sponsor of Greg Biffle's No. 16 Ford this weekend when the NASCAR Sprint Cup Series rolls into Loudon for the New Hampshire 301 on July 17.

"It's really exciting to have NESN Fuel on the car next weekend for the Loudon race," said Biffle, who posted a Sprint Cup Series win at the magic mile of Loudon in 2008. "New England fans are passionate about their sports and NESN knows how to deliver. Having them on my No. 16 Ford, along with the Red Sox and Bruins logos, is definitely exciting."

"We had a really strong run last week in Kentucky," added Biffle. “We've made gains at Roush Fenway with our cars and handling and it would be great to be able to get the NESN Fuel Ford into victory lane, especially in front of their hometown crowd."

This will not be the first time that NESN and Roush Fenway have teamed up at New Hampshire. In 2011, Daytona 500 Winner Trevor Bayne piloted a NESN Ford Mustang in the NASCAR XFINITY Series at New Hampshire and in 2014, Greg Biffle drove a NESN 30th Anniversary Ford Fusion at the one-mile track.

NESN Fuel is the car enthusiast’s online home for everything automotive, featuring written and video content on an array of car related topics including consumer car information, auto racing, car culture and entertainment.

In addition, NESN Fuel and RFR will host Boston Bruins players Frank Vatrano and Noel Acciari on Sunday at the track. Both players have New England roots; Vatrano is a native of East Longmeadow, Mass., and played at UMass, while Acciari was born in Johnston, R.I., and won a national tile at Providence College.