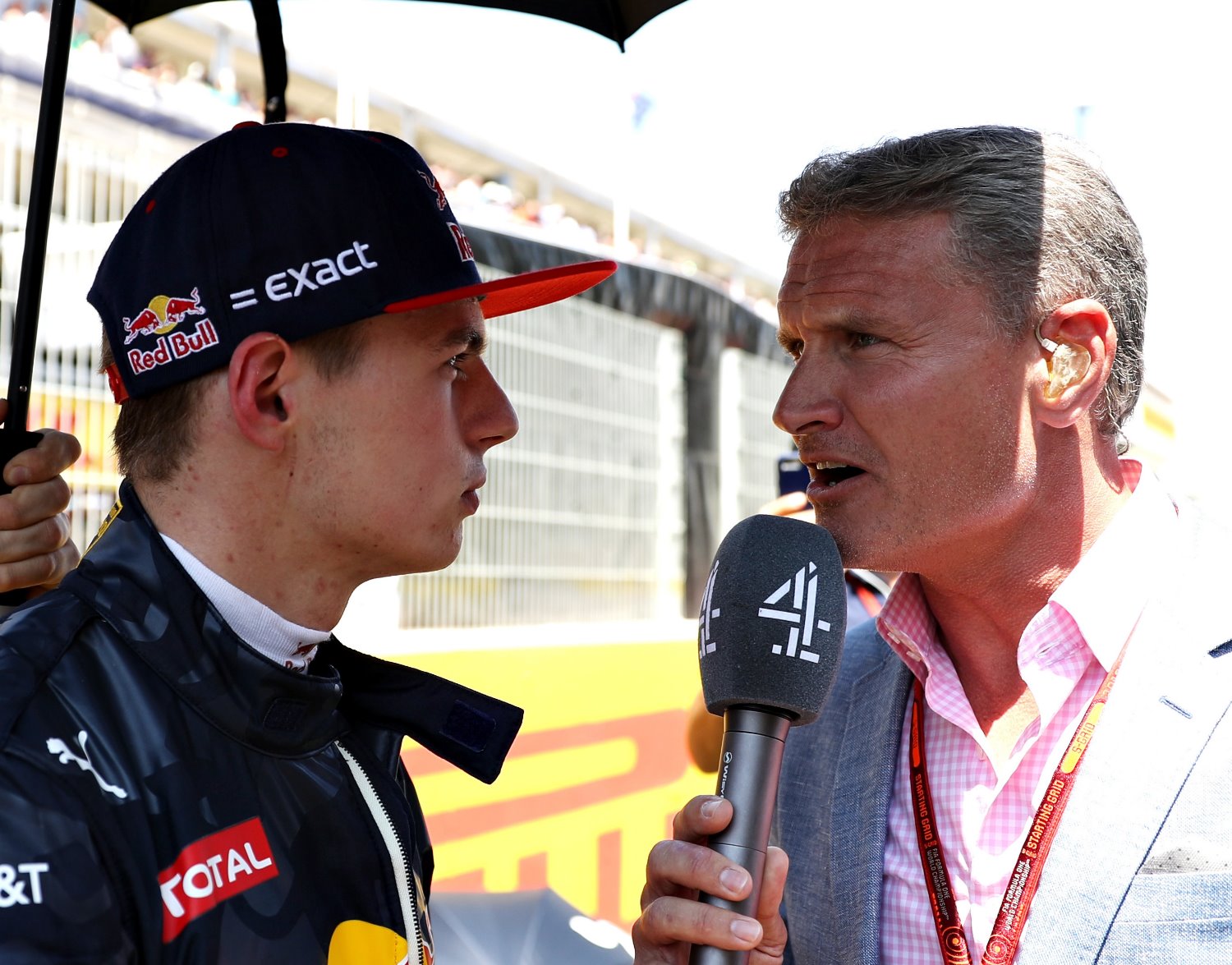 Calls grow for radio clampdown to end
(GMM) There are growing calls for F1 to scrap its "ridiculous" ban on technology-related driver coaching on the radio.

Although initially intending to appeal, Mercedes has now decided to accept the stewards' decision to demote Nico Rosberg from second to third place at Silverstone, after the German was told how to solve a gearbox problem.

But the team said in a statement: "During the coming weeks, we will continue discussions with the relevant F1 stakeholders on the subject of the perceived over-regulation of the sport."

Indeed, one Mercedes engineer said on Twitter that the current rules are "nonsense", adding: "If Nico gets a penalty for that radio communication, we might as well whip the radio out the car and save the weight."

"They should look at banning it all. Ban the whole bloody lot. Take the radio away from them altogether," he told the Guardian newspaper.

But Williams' Pat Symonds thinks that in a technical sport, it is self-evident that teams should be allowed to talk to their drivers.

"You're going to do tens of thousands of pounds worth of damage to the car because you can't tell a guy his brakes are about to fail? It's not just wrong, it's negligent."

"I have no view on whether it should have been a penalty because I have no interest in this and it has no place in sport," he wrote in the Telegraph.

"Bernie Ecclestone takes the view that any publicity is good publicity, but talking about something in frustration, is that really the scene setter we need?"

Todt happy with F1 at present
(GMM) FIA president Jean Todt says he is happy with formula one at the moment.

The Frenchman told Italy's Radio Uno that life as the president of F1's governing body is "challenging and interesting".

And he said those who constantly criticize the sport "do not understand much".

"F1 is in a good condition but we can always do better," said Todt. "Next year we have some interesting changes to the regulations, but already this year the championship is a fight.

"There's a dominant team, which is Mercedes, but it's up to the others to try to improve. In F1 history there have always been teams that dominate for a time.

"With the new engines we saw that Mercedes worked better than the others but there are teams now who are making progress and a promising recovery," he added.

McLaren wants Alonso to stay – Boullier
(GMM) McLaren boss Eric Boullier says he has no doubt about wanting Fernando Alonso to remain a part of the Honda-powered project.

While the future of Jenson Button is up in the air, Boullier said in an interview with Spain's AS sports newspaper that Alonso should still with the Anglo-Japanese team.

"I don't think Fernando is ready to retire," said the Frenchman. "I am sure that if he trusts the McLaren-Honda project he will end up champion again."

Alonso's current contract runs until the end of 2017, but Boullier said he wants the 34-year-old to sign another one.

"Yes, of course," he insisted. "I really believe in the project and I see our progress.

"McLaren is ready, and as soon as we have the total package, we will be at the top. For sure. And I hope it's with Fernando, of course."

'Ricciardo's smile now on Verstappen's face'
(GMM) A season and a half into his meteoric F1 career so far, Max Verstappen is continuing to impress.

In his sixth race since switching from Toro Rosso, the 18-year-old Dutchman finally outqualified his highly-rated teammate Daniel Ricciardo at Silverstone before racing to the podium.

Not only that, he secured yet another official 'driver of the day' fans plaudit, and the press was also impressed.

"Verstappen was brilliant," said Spain's El Pais newspaper. "The world championship is lucky to have this 18-year-old genius. Verstappen is the new Senna."

As for his move on Nico Rosberg around the outside of Becketts, Red Bull team boss said: "Max continues to surprise us."

F1 legend Sir Jackie Stewart told the Swiss newspaper Blick: "How he passed Rosberg around the outside can only be described as world-class.

"We already know who the world champion of the future is."

It's all great news for the Dutchman, but not quite as comfortable for the established Australian star, Ricciardo.

Horner noted: "Nobody likes to be behind his teammate, but Daniel also had bad luck with the virtual safety car.

"He has already shown in 2016 what a class driver he is, and to have two fully competitive drivers is great news for us as a team."

But former F1 driver Robert Doornbos sees the momentum clearly on Verstappen's side.

"Since Max has been on the team, the car has gotten better and better," he told the Dutch broadcaster Ziggo Sport Totaal.

"Whether it's a coincidence or something to do with Max I don't know, but in any case the smile on Ricciardo's face is smaller and the one on Max's face is bigger."

F1 legends tip Hamilton to win title
(GMM) Two experienced veterans of the world of formula one are tipping Lewis Hamilton to win a third consecutive world championship in 2016.

Thanks in part to Nico Rosberg's controversial radio-call penalty, the British driver closed to within a single point of the championship lead by winning at Silverstone.

After a sluggish start to 2016, Hamilton's four wins in the past five races shows he is back in top form, despite his controversial off-track lifestyle.

"We have to forgive him for his off-track escapades," F1 legend Sir Jackie Stewart told Switzerland's Blick newspaper. "He's still a young guy.

"Lewis will be champion again. There is no doubt," the Scot and former triple world champion added.

"He is simply the best and especially the fastest driver in the field," said the 77-year-old.

F1 supremo Bernie Ecclestone agrees that German Rosberg's 1-point advantage will not last for the second half of the long 2016 season.

"I think Lewis will win," he told Bild am Sonntag newspaper.

"I don't mean to say that it would be better for formula one, or that it's anything bad about Nico. I would just put my money on Lewis," the 85-year-old added.

Top three to have 2017 tire advantage – Symonds
(GMM) Pat Symonds thinks F1's three top teams will get an advantage by spearheading the track development of the new, bigger Pirelli tires for 2017.

"Lotus went through its golden era when Pirelli was using their car," he is quoted by Brazil's UOL.

"It's a huge advantage and I think something we need to consider.

"They are blind tests but what guides the direction of development are the comments. When Lotus was testing they would say what they liked and what they didn't like, and based on those comments, Pirelli developed," Symonds added.

"So those who will do the (2017) testing have an advantage, and we can't participate. It's very expensive," he revealed.

"Pirelli is paying for it in part, but not covering all of the expenses, so we can't be a part of it."

Despite earlier looking a likely title challenger for Mercedes in 2016, the Maranello team has fallen clearly behind Red Bull in both performance and reliability.

It has left the partisan Italian media wondering what has gone wrong.

"One wonders if hasty decisions such as the dismissal of the great aerodynamics expert Nicholas Tombazis were correct," La Gazzetta dello Sport mused.

Corriere dello Sport added: "Vettel cannot do much with a slow car."

And La Repubblica said: "The Ferrari crisis is deepening as even Red Bull now sails past. Maranello's performance was as grey as the sky above Silverstone."

"We came knowing that we would not find an easy track for the characteristics of our car, although we know that to be at the top you may not have difficult circuits," he added.

There has also been criticism about Ferrari's vision when it comes to the driver lineup, with younger talents like Sergio Perez overlooked in favor of sticking with Kimi Raikkonen for another year.

"Yes, it is a shame none of the youngsters are getting a chance but we know why, don't we?" a source close to Arrivabene told The Times newspaper. "Sebastian is the reason why."

Nasr now sees future for Sauber team
(GMM) Sauber has leapt back into contention to retain Felipe Nasr for 2017, after it had looked like the Brazilian was losing patience.

The Swiss team has struggled financially in 2016, but rumors are now abounding that Sauber will shortly make official a buyout or rescue deal.

"It's a big change," Nasr, whose personal backer Banco do Brasil is Sauber's most visible sponsor, told Brazil's Globo when asked about the change in fortunes.

"Everything that is happening is very positive and an extra motivation for everyone in a moment that seemed to have no more light at the end of the tunnel," he said.

Nasr said he is not sure who the new investors are, amid speculation they are linked with the backers of his teammate, Swede Marcus Ericsson.

"I don't know who it is but we expect an official announcement," he said.

The situation also affects Nasr's future, as it had appeared clear he would take his Banco do Brasil backing elsewhere for 2017.

"My manager is talking to teams, seeing the options, so we'll see," the 23-year-old said. "But with this change in Sauber, staying here has become a possibility because I know everybody and I have my place."

Nasr said that, under the circumstances, Sauber has done a good job in 2016.

"Strictly speaking, this car is almost the 2015 machine so to almost score points, as we have in the last three races, is only possible because everyone is working hard," he said.

Having said that, Sauber is the only team that is sitting out the Silverstone test.

"We have a new aerodynamic package," Nasr explained, "but it's not ready yet so we won't test.

"The plan is to use the package in Hungary or Germany," he added.

"At Sauber everyone is excited again as we see that there is potential for us again, which was not the case until a few days ago," said Nasr.