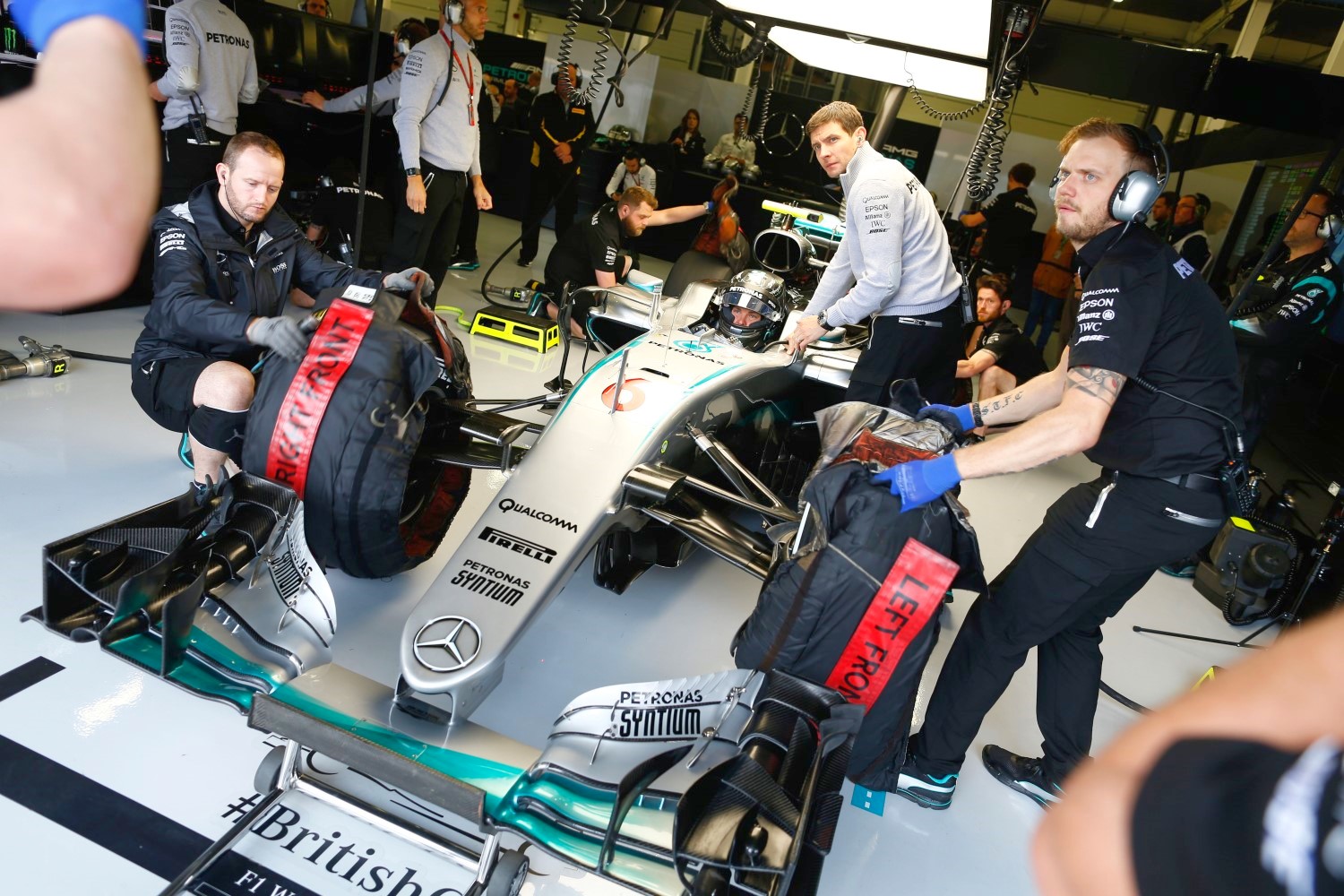 The Mercedes AMG Petronas Formula One Team today decided to withdraw its notice of intention to appeal against the decision of the Stewards of the British Grand Prix.

We were able to prove to the Stewards that a car-stopping gearbox failure was imminent and, as such, were permitted within the rules to advise Nico of the required mode change.

However, the advice to avoid seventh gear was considered to breach TD/016-16, and therefore Article 27.1 of the Sporting Regulations.

The Team accepts the Stewards' interpretation of the regulation, their decision and the associated penalty.

During the coming weeks, we will continue discussions with the relevant F1 stakeholders on the subject of the perceived over-regulation of the sport.

07/10/16 Mercedes has lodged its notice of intention to appeal over Nico Rosberg's 10-second time penalty at the British Grand Prix, handed out for a radio regulation breach.

Rosberg was bumped down from second to third, behind Red Bull's Max Verstappen, after the FIA deemed that he had been aided by radio messages from Mercedes.

Rosberg hit gearbox trouble in the closing stages of the race, and was informed by his engineer to change a steering wheel setting and avoid using seventh gear.

If Mercedes had taken no action, the result would have been final, but the intention to appeal – which has to be ratified by the team's National Sporting Association – leaves its option open.

Mercedes' ASN has 96 hours to officially ratify the appeal.

07/10/16 Nico Rosberg has been given a 10-second time penalty following the British Grand Prix, for a radio transmission rule breach, dropping him to third, behind Max Verstappen.

Rosberg encountered gearbox trouble in the closing stages of the race, with the team informing him to change a setting on his steering wheel and avoid using seventh gear.

Rosberg was soon placed under investigation and, following lengthy deliberations, the panel determined that the messages aided his efforts, and handed out the penalty.

As a result, Rosberg falls from second to third, with Verstappen gaining a place, while his championship lead over race winner Lewis Hamilton now stands at one point.

"Having considered the matter extensively, the stewards determined that the team gave some instructions to the driver that were specifically permitted under Technical Directive 014-16," read a statement.

"However, the stewards determined that the team then went further and gave instructions to the driver that were not permitted under the Technical Directive, and were in breach of Article 27.1 of the Sporting Regulations, that the drivers must drive the car alone and unaided."

Rosberg admitted after the Grand Prix that had he not received the instructions from the team, his gearbox would have failed, but expected to avoid being penalized.