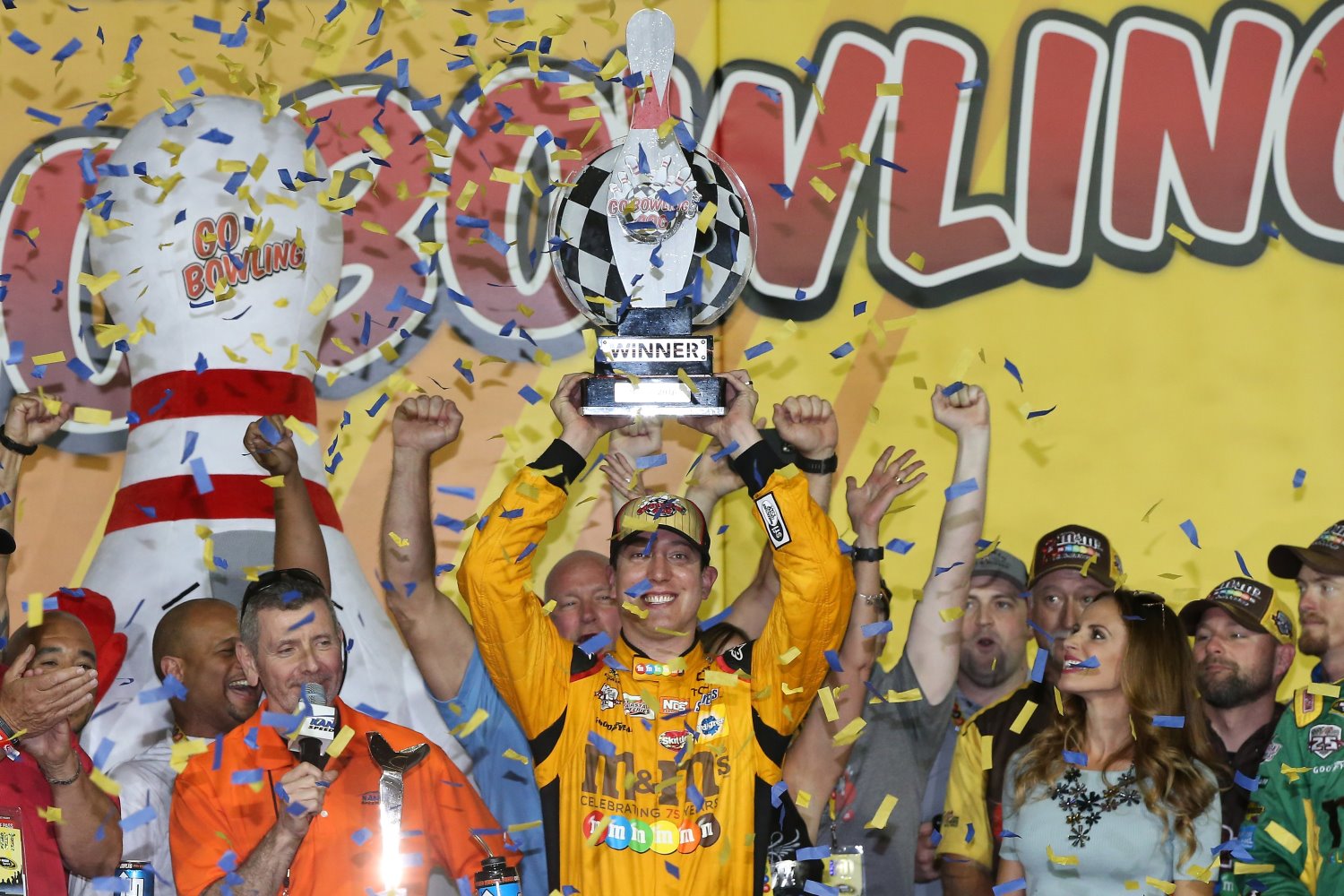 Defending NASCAR Sprint Cup Series champion Kyle Busch could see his celebration of last year's championship continue on July 13 – at the ESPY Awards. The yearly awards show, hosted by ESPN with winners decided via fan voting, will air on Wednesday at 8:00pm/et on ABC.

Busch is nominated for "Best Driver" and is up against Scott Dixon (IndyCar), Lewis Hamilton (Formula One), Erica Enders-Stevens (NHRA) and Alexander Rossi (IndyCar).

NASCAR is the defending winner in that category as well. Kevin Harvick , the 2014 champion, took home the hardware last year. NASCAR.com