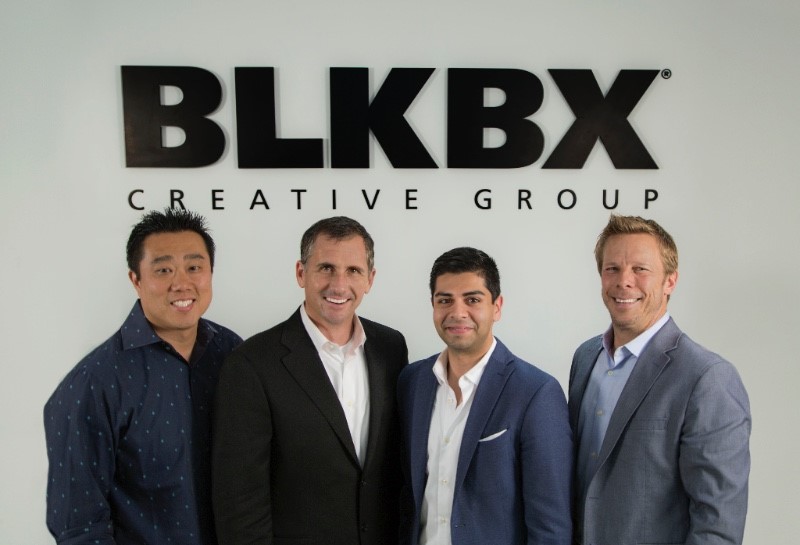 Team Rossi Motorsports today reveals a new alliance with BLKBX Creative Group, a premier Los Angeles based digital creative media firm who will pair up with the 2016 INDY 500 Champion and ESPY Nominee Alexander Rossi. Beginning this race weekend in Iowa, the No.98 Castrol EDGE / Curb Honda of Alexander’s Andretti Autosport IndyCar will carry the BLKBX brand.

BLKBX, a leading design agency located in the heart of the entertainment industry, has an impressive resume with their roster of clients including; Disney, Pixar, DC Comics, Sony Pictures, Warner Bros, NBC Universal, Amazon, ABC, and Seriously Entertainment to name a few. The partnership perfectly aligns both Alexander and BLKBX in pursuit of continued innovation and passion; merging the motion picture and entertainment industry with the highest level of motorsport and propelling Alexander’s brand into new audiences while expanding the reach of BLKBX.

Crafting emotive experiences, BLKBX Creative Group strengthens bonds between clients and users across the entertainment sphere; finding innovative and exciting ways to immerse audiences in new worlds. This unique approach has solidified the company as the premier agency partner across numerous industries – from SoCal's most ground breaking content providers situated in their own backyard, to some of the biggest brands across the globe. "We explore, we adapt and we create. We're a team of digital storytellers."

Pieter Rossi, Principal, Team Rossi Motorsports: "The timing of this partnership with BLKBX could not be better. We’ve been working with their executive team for some time and coupled with the current status of Alexander's career, we’re extremely pleased to be able to announce this new partnership. BLKBX is a serious group with a large network of major players in the entertainment industry. This is more than a traditional sponsorship deal, it’s a true media and business to business partnership that will build both brands and I’m confident this partnership will be very rewarding."

Frank Donner, CEO BLKBX Creative Group: "This partnership is truly visionary – something that BLKBX and Team Rossi Motorsports are very familiar with. We share the same mentality and drive and bringing both organizations together was a no-brainer. It perfectly aligns with the next evolution of BLKBX Creative Group, where we are looking for partners and opportunities that are original and inventive."

Jeff Huang, COO BLKBX Creative Group: "We're truly excited at the potential that this ambitious partnership will bring. Motorsports is a rapidly growing segment within entertainment and we are thrilled to partner with Team Rossi Motorsports to drive transformation through content and experiences."