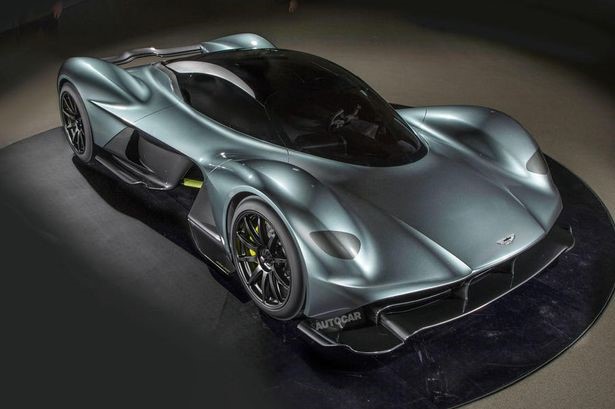 If you've been wondering what ace F1 designer Adrian Newey has been up to recently, here's your answer: he's been creating his first road car, the Aston Martin AM-RB 001.

The RB in the name refers to Newey's position as chief technical officer of the Red Bull F1 team. Every part used to build the AM-RB 001 is exclusive to the car. Andy Palmer describes it as “completely uncompromised", with a mid-mounted non-turbo V12 being created especially for this application.

Over 300 people have already sent in expressions of interest to buy what promises to be the nearest thing to a road-legal F1 car – and over half of them will be disappointed, as a maximum of 150 cars will be built.

The two-seat hypercar will be under a meter tall, of advanced materials throughout and will feature a reclined, feet-up driving position. To get in, it's necessary to remove the steering.

The F1 analogy continues as, according to Aston boss Andy Palmer, it will be capable of lapping Silverstone at the same speed as an F1 car in race trim. There will be an F1-style energy recovery system, and the exhaust blows onto the rear wing to generate more downforce.

The price? An estimated "$3m-$4m". Buyers will be chosen by Aston Martin and will be asked to put down a deposit of $750,000 in advance of deliveries starting in 2018. Birmingham Mail