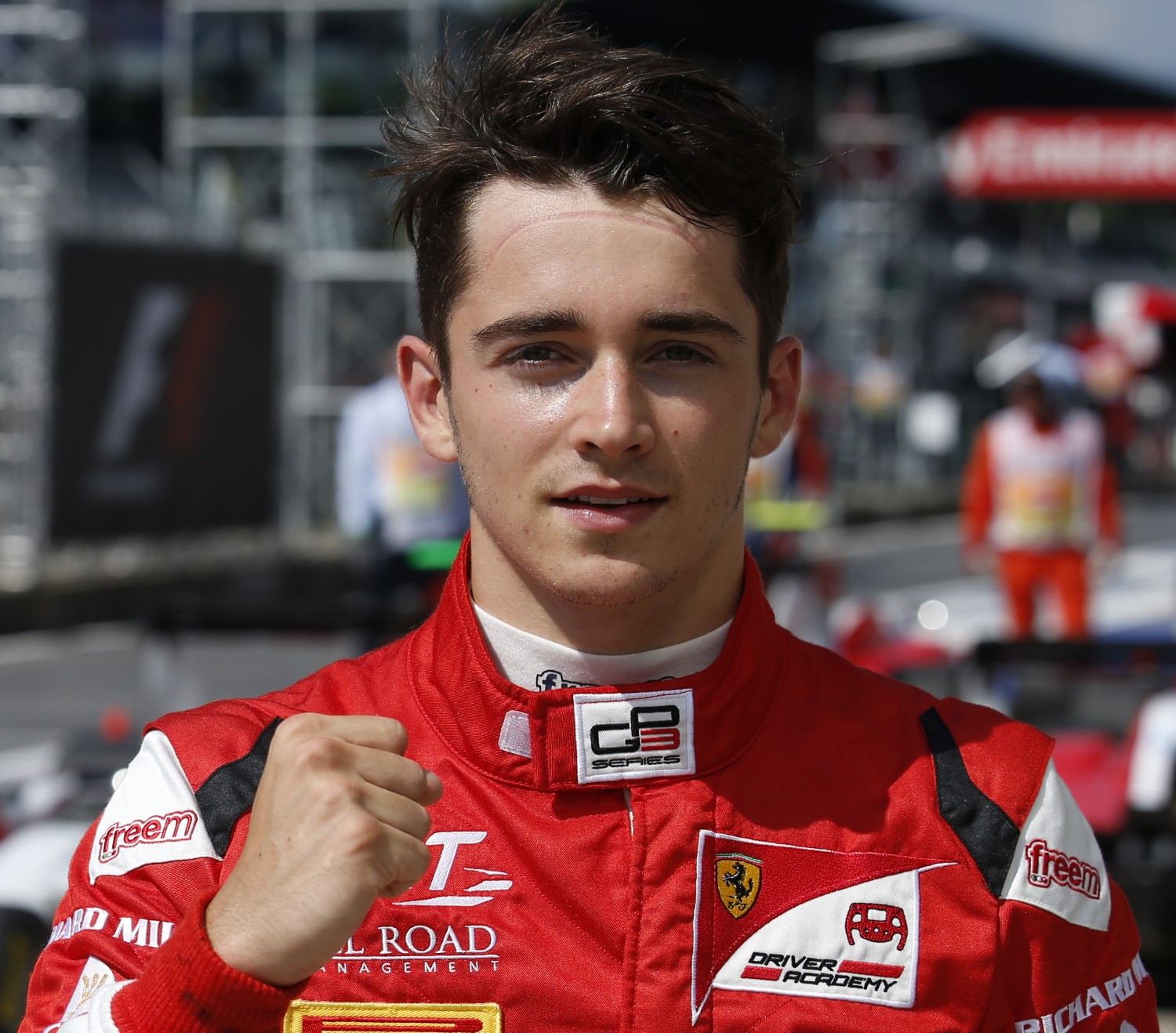 Series leader Charles Leclerc claimed his first pole in the category after posting a superb lap of 1:19.041 which was over half a second quicker than his ART Grand Prix teammate Alexander Albon. Nyck de Vries in third also from ART GP completed the trio.

The thirty minute qualifying session for Round 2 of the 2016 GP3 Series got underway in warm temperatures and under blue skies. Scuderia Ferrari Team development driver Leclerc was first to set the pace with Albon in second and Trident’s Antonio Fuoco in third.

Soon after De Vries grabbed P1 by 0.039s before Leclerc dipped into the 1m19’s to go top. Albon then found some extra pace to lap one tenth shy of the Monegasque driver. At the midway point, the drivers returned to the pitlane to switch to new Pirelli rubber; ready to attack again for the coveted pole and four points attached to it. Leclerc led Albon, De Vries, Fuoco and Nirei Fukuzumi at the half way point, the top four covered by 0.365s.

Fukuzumi then jumped up to P2, a mere 0.003s off Leclerc’s fastest lap – with the ART GP squad holding the first four positions. The battle for pole wasn’t over as Leclerc and Albon fought intensely; the two swapping P1 several times in the final minutes.

However, Leclerc put his foot down and recorded a fantastic lap; seven tenths faster than his opposition. Albon did his best to retaliate yet again; but his best efforts were still half a second shy of the Series leader. In the final minutes, Koiranen GP’s Ralph Boschung shot up to P4; demoting Fukuzumi to fifth.