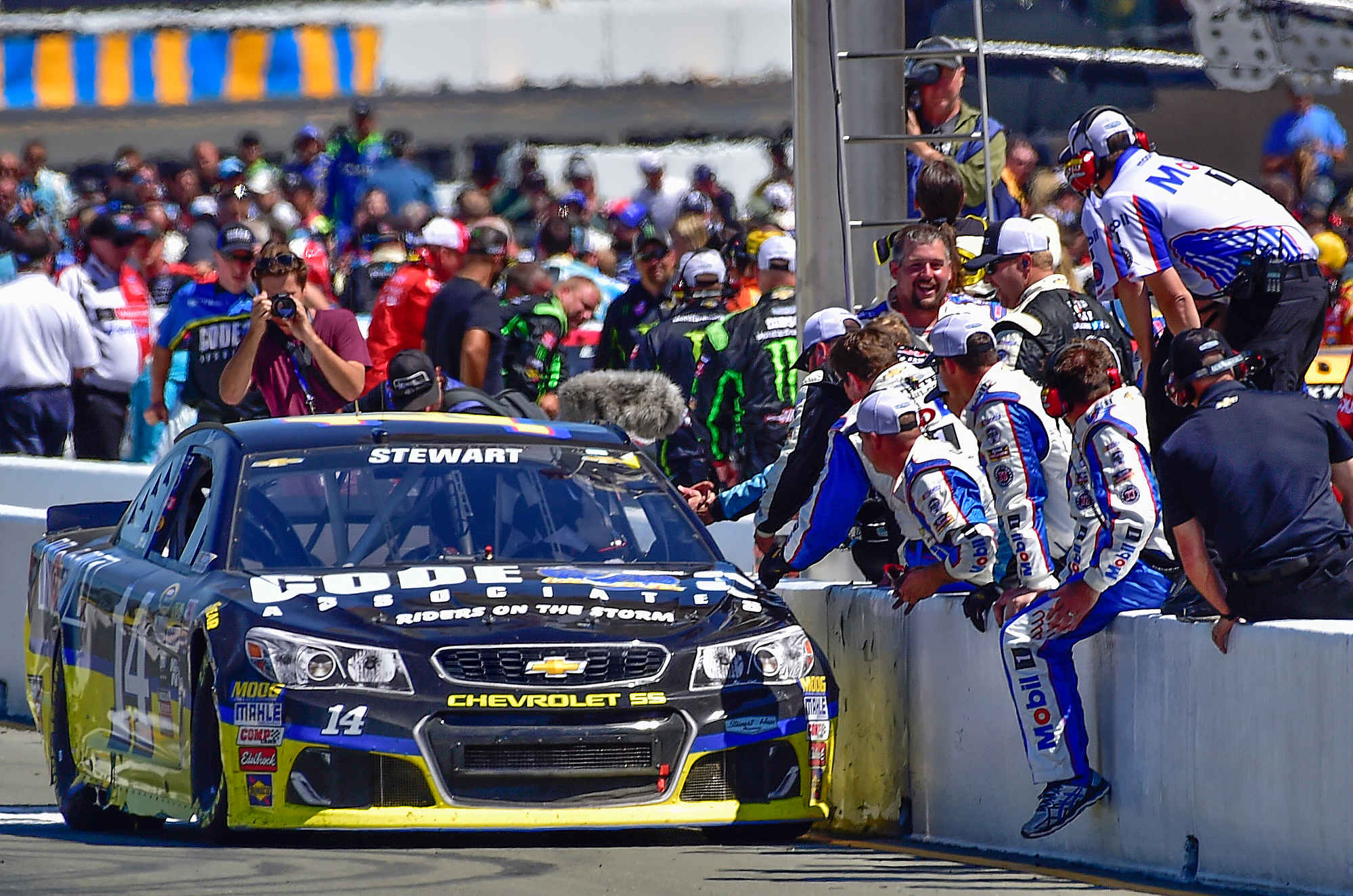 Joe Gibbs Racing driver Denny Hamlin was made available to the media at Daytona International Speedway, some of the Q&A's from the transcript:

Q) Did you let Tony win at Sonoma?
HAMLIN: "I didn't let Tony (Stewart) win. I made a mistake and didn't execute good. Ultimately I made a mistake and thought we would maybe drag race to the line because we were in the center of the corner side-by-side and I thought this could be good. Once I saw him steer left, I knew it was over with. He had an opportunity to – if I'm in his situation, I probably would do the same. My biggest mistake I feel like is not recognizing the gap I had behind me. I don't know whether Tony would have gotten there. I thought it would have been very close if you really wanted to carry the car down in there, whether he still would have got to me or not. I still needed to execute to make him make the decision. Instead I made the decision for him."

Q) Did you speak to your team after the Sonoma finish?
HAMLIN: "I did. I talked to the team and said I apologized. I mean, I hate to call one of my crew guys out, but I mean he even had a conversation with my girlfriend (Jordan Fish) and said – she says, 'Hey, we gonna get a win today,' and he says, 'We might want to play the lotto instead.' We hadn't had the best luck on road courses. I think statistically, I'm probably the worst average finish of any full-time Cup driver over the last six years and so it was out of the blue and I don't know. I'm sort of happy with second. I also could have been 32nd after the last corner if he was close enough, so who knows, but I'd love to play it over again and have the experience that I have now knowing what I maybe could have done because I've never really honestly broke down road course races to figure out the proper defensive move in the final corner of the final lap."

Q) How did you end up designing your own Camry paint scheme?
HAMLIN: "Yeah, I wanted – it was an awesome thing for me. Obviously after the Daytona 500, they presented my crew chief (Dave Rogers) with a nice gift and everything and I remember my first gift from FedEx and it's material things and it's all great, but they said, 'You know, what else do we give you?' And so they offered me an opportunity to design my own paint scheme for this July race coming back. I didn't think about the temperature with the color choices for sure, but I just wanted it to be like an old school-type car. This isn't really what my late models looked like, but just to me I look at the car and I think old school, short track-type paint scheme that they have on super late models, so it's cool. It's a lot of the colors that I have on my personal logos. It's black, red and white, so I think next year if they let me do it, it's going to be white on white on white."

Q) Do you provide input on your normal paint schemes?
HAMLIN: "I get to have a little bit of input for sure, but the people at FedEx are a lot smarter than I am with branding and figuring out what colors pop on certain things and so they're pretty consistent on doing everything and I'm okay with it." Toyota Racing