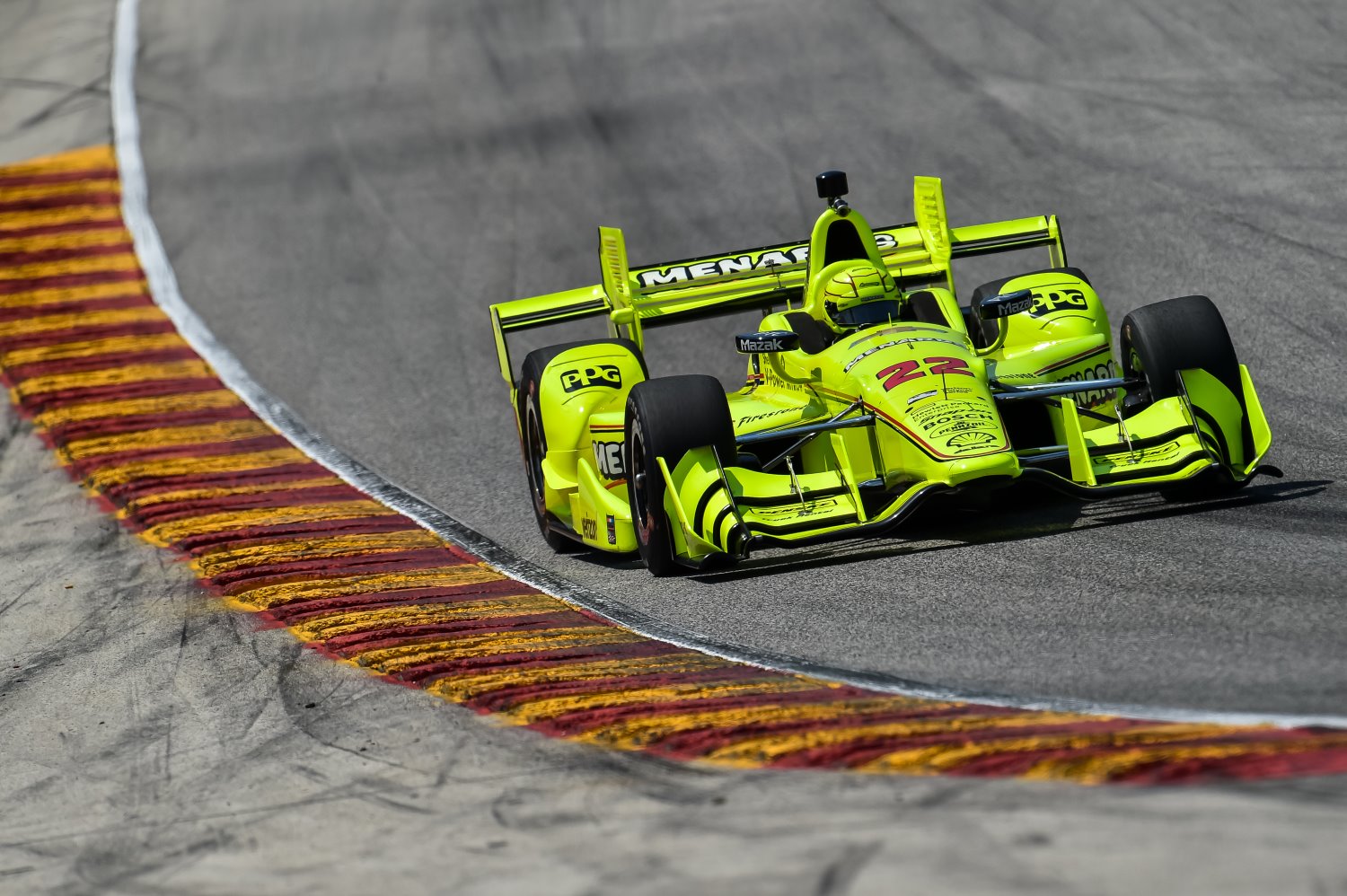 Originally, the Menards and Team Penske deal with Simon Pagenaud was supposed to be just for two races – the Angie’s List Grand Prix of Indianapolis and the 100th Running of the Indianapolis 500. But, on the day of the press conference, team owner Roger Penske added one more race to it, the Kohler Grand Prix in Road America. The reason for that is Menards is based out of Wisconsin and that’s John Menard’s home state. Adding that race was big for the entire company.

Last weekend was supposed to be it though.

Today, Pagenaud announced that the two sides have extended their partnership for two more races as the bright yellow colors will don the Frenchman’s No. 22 Chevrolet at the Iowa Speedway on July 10 and again at the Pocono Raceway on August 21.

Pagenaud took the Menards colors to victory lane in their first race together in the GP of Indy, then he finished 19th in the ‘500. Last weekend in Road America, he was in the hunt to win, as he was in the top five literally all day and even restarted the race on the final restart second with six laps-to-go. Unfortunately, they lost a cylinder just like it did in the ‘500, as he had to settle for a 13th place finish on Sunday.

Moving forward, he’s hoping he can put them in victory lane at least one more time in the two remaining races at Iowa and Pocono.

Pagenaud, is the current Verizon IndyCar Series points leader as he leads his teammates Helio Castroneves by 74 points and Will Power by 81. RaceReviewOnline