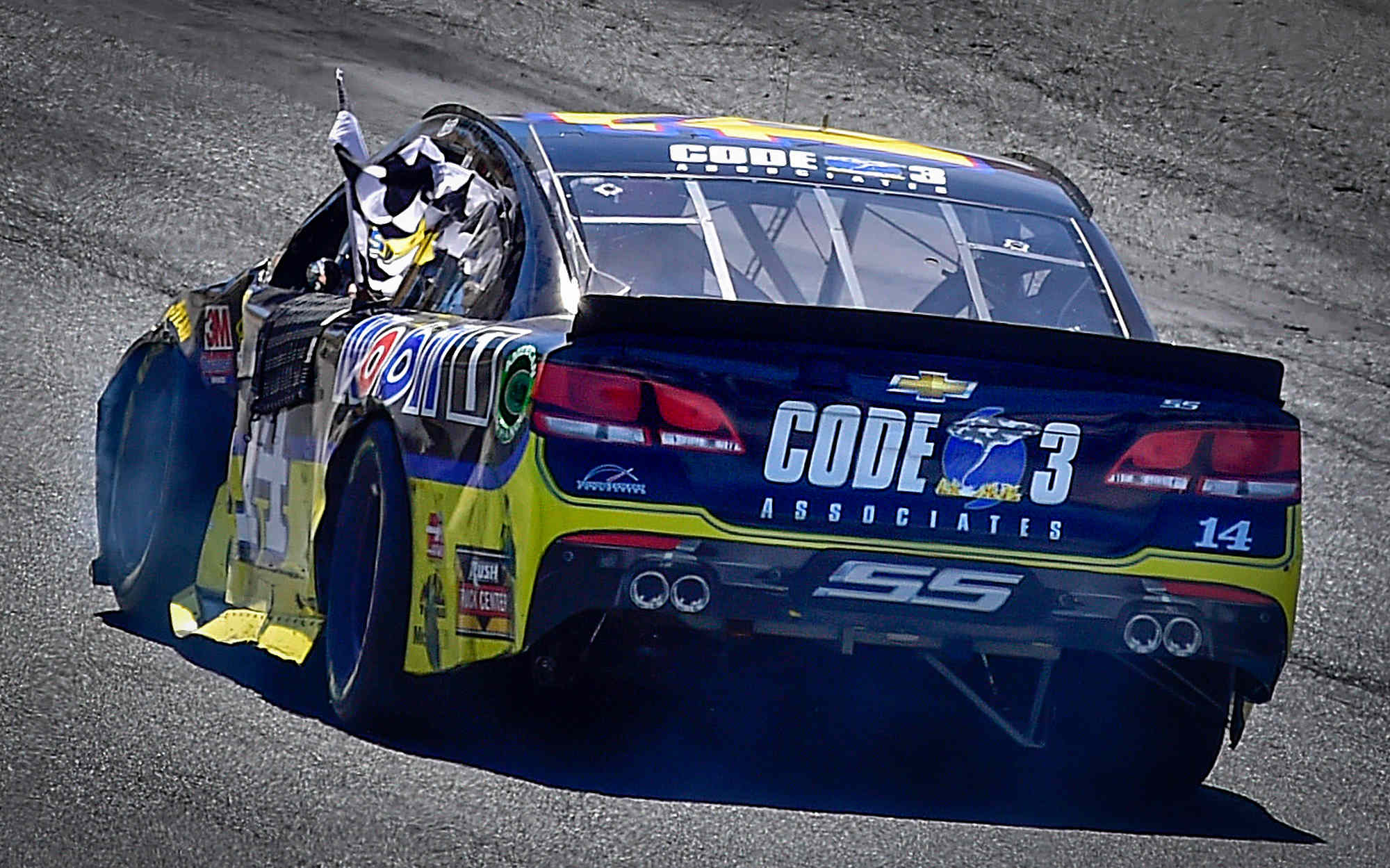 Denny Hamlin (second) was the top-finishing Toyota in Sunday's NASCAR Sprint Cup Series Toyota/Save Mart 350 at Sonoma Raceway to claim his career-best finish at the 11-turn road course, Hamlin talked to the media after the race, part of the transcript:

Q) What was the last lap like from your vantage point?
Hamlin: "Tony (Stewart) was doing a good job maintaining his tires, a good job of running consistent laps there. Really he gave me an opportunity to get close. On the second to last lap he wheel hopped into (turn) seven, allowed us to get close and I just did a poor job of getting through 11. I was expecting to really drive in deep and I really thought that was going to happen and he did, but I also left the bottom open and that was a bad mistake on my part. Still a great race. I was proud of the FedEx Cares Toyota team for giving me a car that could win. We'll take this and go with it."

What happened on the last lap of the race?
Hamlin: "I was looking rearview more than looking out front. I still got in there with a wheel hop, I was just a little bit in the middle and needed to get a good run. Once he (Tony Stewart) had the inside position, we weren't going to drag race it out. I knew he was going to put me into the wall. He was doing what he had to do and we did what we had to do in turn. All is fair in love and war."

Q) What was your plan to try to beat Tony Stewart for the race win?
Hamlin: "I didn't even think I'd have an opportunity, honestly. He made one mistake in turn seven and allowed us to get closer to him. Overall we had a great FedEx Cares Camry. I don't know how to replay that last lap differently. He made mistakes that allowed me to get there and get position. I made a mistake at the end to get the lead and get position and I made a mistake to give up the lead on the last corner. Just one of those deals. You'd like to be on the winning end of this, but unfortunately we were not on that end."