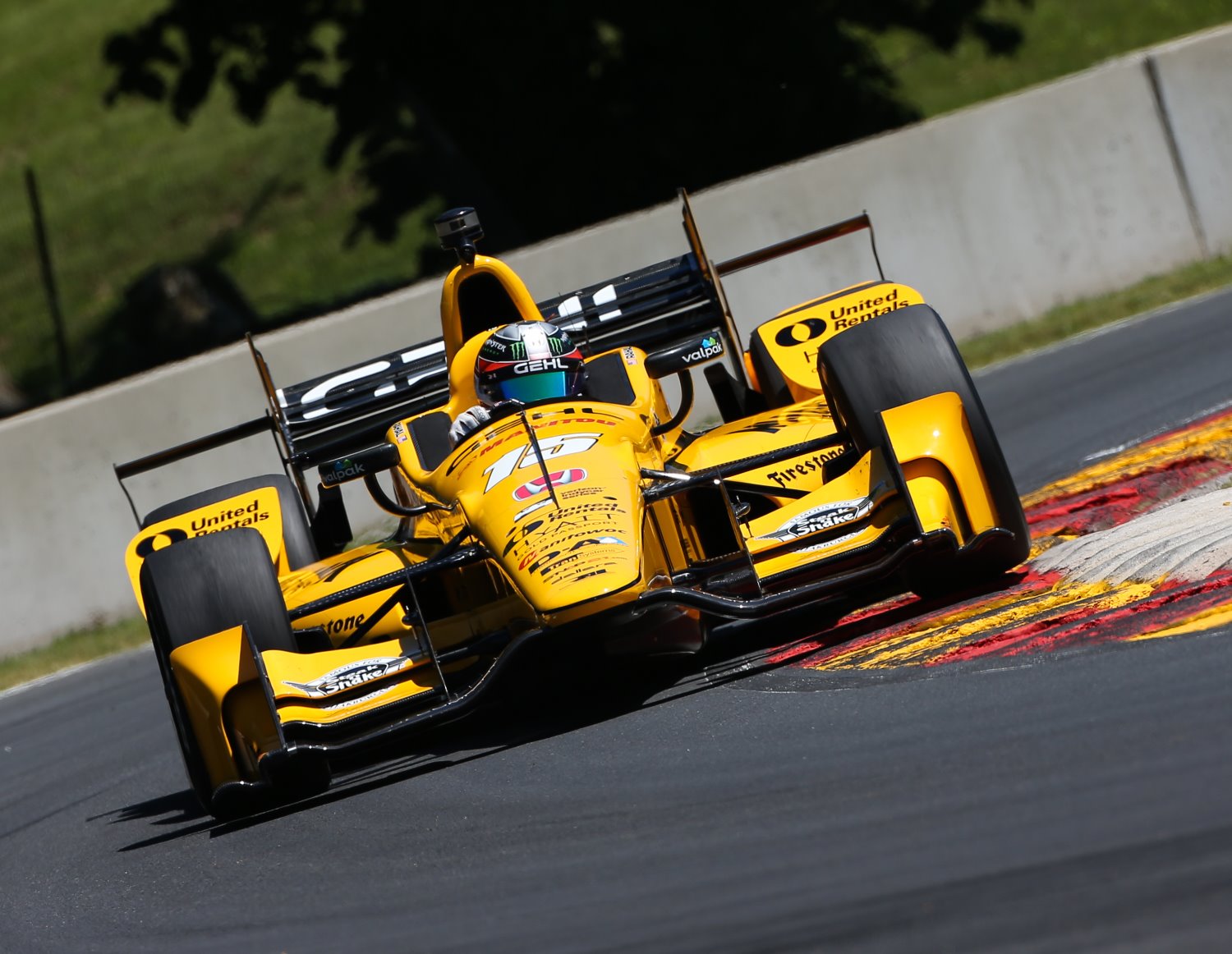 Graham Rahal admitted the Chevy cars had a bit more top-end speed on the long straights of Road America.

"He just had more top speed," Rahal said of Tony Kanaan's No. 10 Chevy at the end of the long front straight.

"I don't know what to tell you. It happened to me three times today. Obviously, I was around all our competitors, no other Hondas, and Chevy's got some power, that's for sure.

"They've got some top speed. It is what it is.

"We've just got to keep our heads down – we've got what we've got, and if you look to my sector times yesterday in qualifying, I was three tenths off and every single tenth was on the straightaways," he said.

"We knew this going into today. My engineer Eddie [Jones] and I talked before the race on the downforce level and just determined we had to do what we had to do to take care of our tires and try to be most consistent, and we were. But I mean, at the end, we pushed as hard as we could. It's just I got next to Kanaan, and when I pulled out, he left me in my dust."