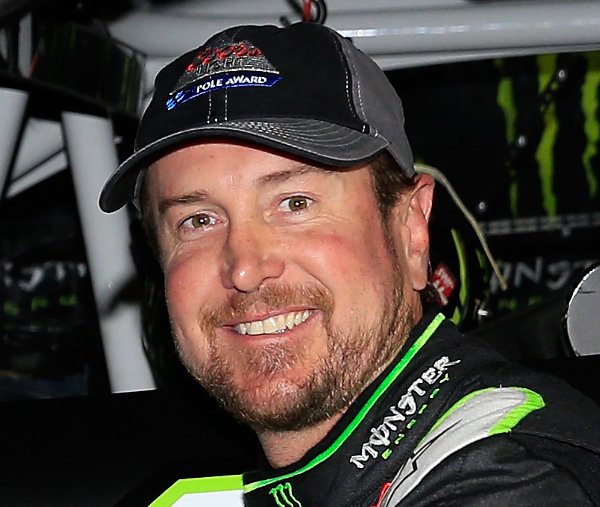 Kurt Busch's next challenge could come this December in the Gulf 12 Hours – possibly alongside MotoGP champion Jorge Lorenzo in a GT car. Busch, who has dabbled in IndyCar and dragsters, now has his eyes set on sports cars – but more importantly the Yas Marina Circuit, site of the Formula 1 finale. Following his trip to Baku for the European Grand Prix, Busch jetted to Abu Dhabi where he tested a F3000 car at the Yas Marina on Tuesday. Last year's podium in the Gulf 12 Hours featured a Ferrari 458, Mercedes SLS and an Aston Martin Vantage. But Busch's objective was to simply get a feel for the circuit. "It would be like a Pirelli World Challenge Series-type car," Busch said.

"They've been doing the 12 Hours the last few years. I got turned onto it by Monster Energy about the possibility of going and racing alongside Jorge Lorenzo from MotoGP and perhaps another Monster Energy athlete. "So to help with the transition, if I was to go run that race, to have track laps so I somewhat know the circuit and don't go in there as blind as I would if I just raced the race in December…It was a blast to run the big circuit and get some laps in case I run the 12-hour race." Motorsport