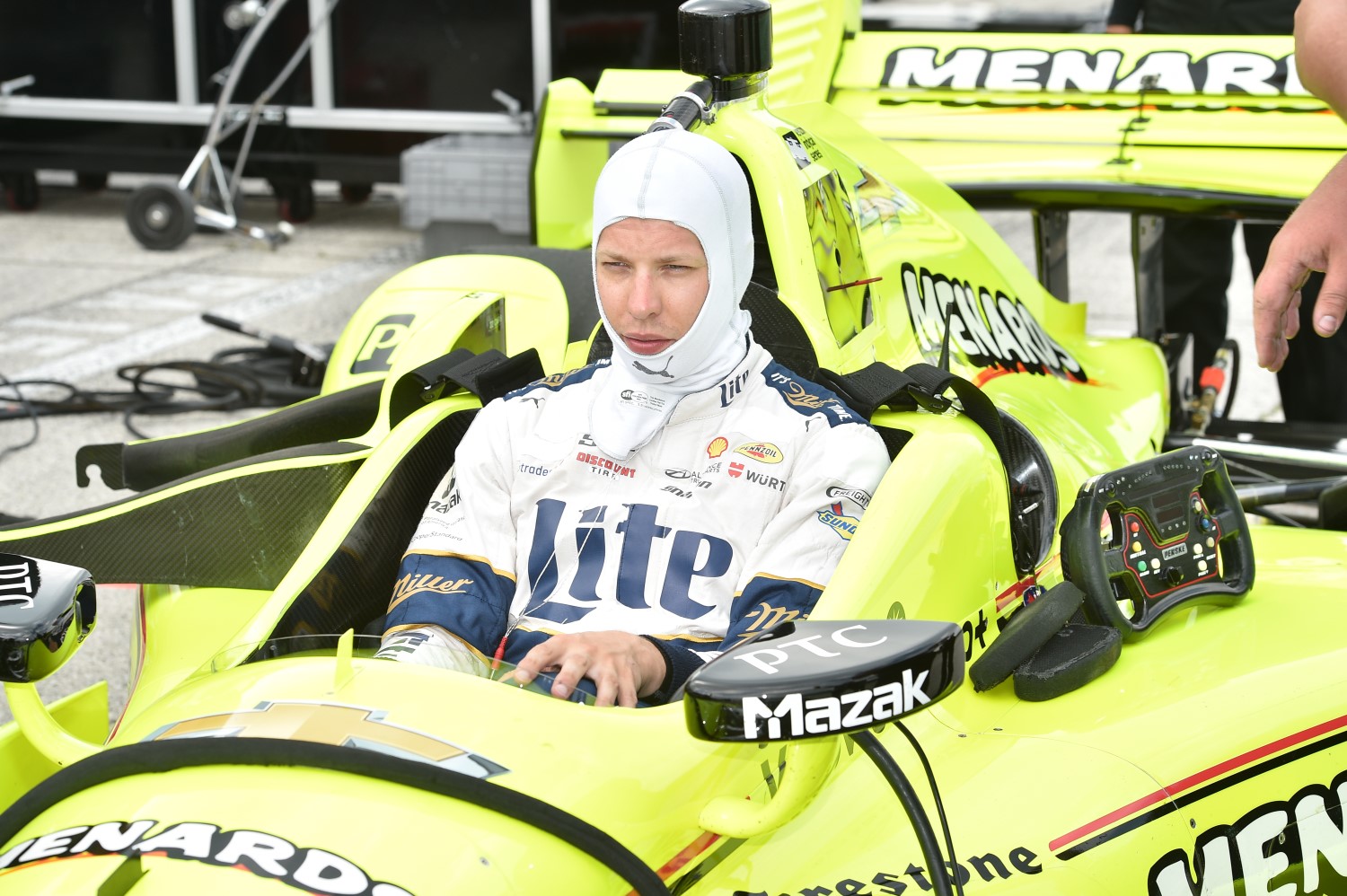 Keselowski has interest in running in an Indianapolis 500, perhaps as soon as next year, and it could happen, Tim Cindric told IndyStar.

Keselowski ran the car June 15, getting in Simon Pagenaud’s No. 22 after Pagenaud ran a few laps to provide a baseline setup.

Keselowski covered more than 40 laps around the 14-turn, 4.048-mile permanent road course, Cindric said, which equates to about 170 miles. The team allowed Keselowski to use three sets of Firestone tires.

Only about half of the IndyCar Series field participated in the session, and it’s believed Keselowski was 3-4 seconds off the pace of the slowest car. But Cindric said getting Keselowski experience was more important than him posting a hot lap.

Moments after the session, IndyCar reported Keselowski saying, “I’ve got to let it soak in here (and) think about it."

Keselowski later tweeted: “One of the best days of my life."

Another NASCAR champion – Kurt Busch – participated in the 2014 500, finishing sixth and being honored as the race’s Rookie of the Year. He drove for Andretti Autosport.

Last week, Busch tested a Formula 3000 car at the Abu Dhabi circuit with an eye toward racing in the Gulf 12 Hour, an endurance sports car event in mid-December. Busch also attended the Formula One race in Baku, Azerbaijan, as a guest of his employer, Gene Haas, who owns an F-1 team. Curt Cavin/IndyStar

An enthusiastic Cindric told Motorsport.com: “We weren’t 100 percent sure it was going to happen, but Brad had always said he wanted to try and drive an Indy car, so he came here to learn a little bit about the car.

“Elkhart Lake, in my opinion, is a good place to try because there’s a bit of runoff. It’s pretty forgiving in some areas as long as you don’t push too hard in the high-speed sections.

“We put a bit more downforce on than we normally run, Simon went and put a benchmark lap time down. Brad got in the car about 3:30pm and ran until 6pm and ran about 40 laps.

Cindric admitted he was impressed with the way Keselowski had whittled down to a lap time, saying: “He got down to 1min48-48.5s which is about four or five seconds off.

“But in the slow-speed stuff he was very confident and very good. Through the kink and high-speed stuff, he was obviously pretty conservative. He didn’t feel like it was the time to push. I think it was pretty interesting for him, and certainly he enjoyed doing it."

Keselowski, who also scored Penske’s only ever NASCAR Xfinity Series title (then called Nationwide) back in 2010, did admit stamina was an issue. Cindric commented: “Well, Brad admitted he appreciated the different type of endurance he needed to have. In NASCAR it’s about hydration, but in this game your neck is so important, so that part of it he noticed quite quickly.

“He had one off that wasn’t really his fault – Brad had his longer HANS device on and the headrest got stuck down between his helmet and his HANS, so he drove off the track at Canada Corner, just to get the car stopped. Nothing dramatic at all; we were able to keep the same tires on.

Commenting on the likelihood of Keselowski competing for Team Penske in an IndyCar, either on a road course or driving a fifth car at the Indy 500, Cindric said: “I think it’s up to him and also the finding a point in time when it made sense. It’s something to think about.

“There are certainly not any plans, and I’d be surprised if anything came up in the near future – nothing imminent, I’d say. But it certainly gave him some thoughts going forward. Indy next year would be a stretch, but you never say never in this business." David Malsher/Motorsport.com

06/15/16 Brad Keselowski, the 2012 NASCAR Cup champion, turned his first laps in an Indy car today as part of a multi-team test at Road America, the 4.048-mile permanent road course that will play host to the KOHLER Grand Prix, the next event on the Verizon IndyCar Series schedule June 24-26.

Keselowski climbed into the No. 22 Menards Team Penske Chevrolet of teammate Simon Pagenaud late in the afternoon of a full day of testing that included 11 cars. The 32-year-old Keselowski enjoyed the experience.

"I've always wanted to drive an Indy car, I think (Penske Racing President) Tim Cindric knew that," Keselowski said. "The opportunity came up to dip my toes in the water and kind of expand my knowledge base and put it in the back of my mind for wherever it goes, I don't know. But it was a heck of an opportunity and I'm glad to have a chance."

Pagenaud ran a few shakedown laps in the car before turning it over to Keselowski.

"First thing I told Simon (after the test) is he has a very secure job, at least from me," Keselowski said. "I've got a lot of respect for him and his team, everyone at Team Penske. This (No.) 22 Menards team, they did a great job today and I had a lot of fun going with them. Simon was fast, really fast and gave me a good rabbit to chase. I learned a ton today and had a lot of fun. I've got to let it soak in here to think about all of it. It was a heck of a day here at Road America."

Keselowski quickly noticed the difference in the handling and braking abilities of an Indy car compared to a stock car.

"It sure was getting in the corners a lot deeper," he said. "I think the Indy car just pulls so many G's through the center of the corner and in the brake zone. You have to build confidence in it because the stock car does everything it can to wreck your confidence and in the Indy car it's important to have confidence. So you have to kind of unlearn everything you learned in a stock car to be good in these cars. That's a heck of a process but a fun one.

"It's certainly a different feel, trying to get acclimated to a different seat and you lean back more. I was kind of sitting in Simon's seat and it doesn't always fit you perfect, so it wears you out pretty quick. But it's a good way to get worn out."