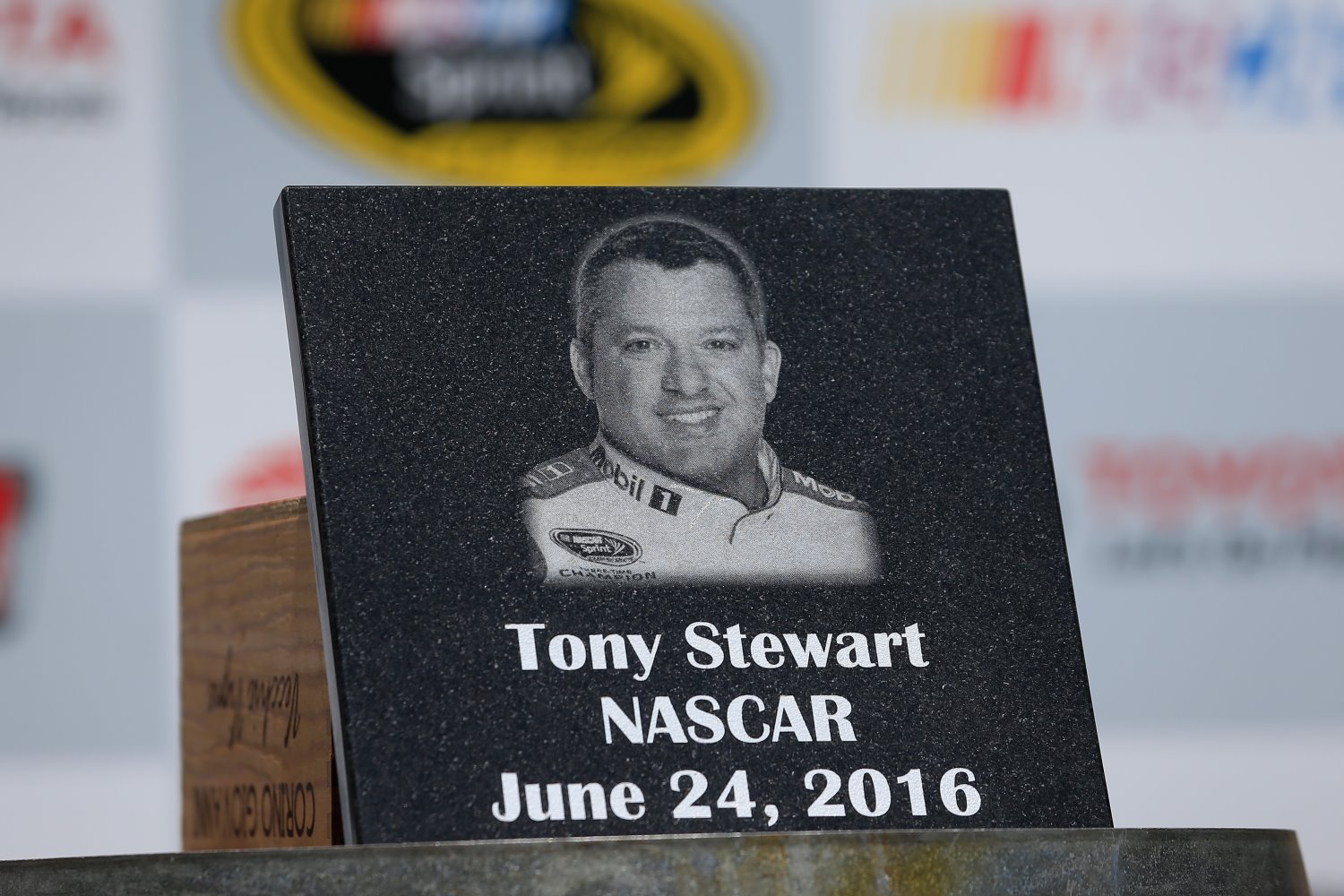 Tony Stewart, met with members of the media at Sonoma Raceway following getting inducted into the Sonoma Wall of Fame. The transcript in part:

Q) ON BEING INDUCTED INTO THE SONOMA WALL OF FAME:
Stewart: "Anytime you get inducted into anything it's a huge honor. This has always been one of my favorite race tracks. To be on their wall of fame that means something to me."

Q) WHAT ARE YOU GOING TO MISS THE MOST ABOUT DRIVING IN THE NASCAR SPRINT CUP SERIES?
Stewart: "I don't know, after practice this morning not much. I had Jamie McMurray screw us up on a lap. He was trying to do a qualifying lap. Some of the things some of these guys do nowadays doesn't make sense. When we had Dale (Earnhardt) Sr. and Rusty Wallace and Dale Jarrett and those guys they were able to get their arms around these guys and get them to listen and make sense. There is really nobody here that can do that anymore. Everybody is out of control out there."

Q) YOU ARE YOU STILL COMPETITIVE WHY ARE YOU STEPPING BACK?
Stewart: "Because I'm ready to go run stuff that makes me happy and driving a Sprint Cup car does not make me happy right now. Like I said, a lot of things have changed. The atmosphere has changed. There is so much stuff in the garage area that has changed that it was time for me to make a change with it. I've dedicated 18 years of my life to this series and it's done great by me. I've made a great living doing it, but at the same time there are other things in life I want to do other than be at a NASCAR track three days a week for 38 weekends out of 52 weeks a year. There are just other things I want to do now. I never dreamed there was going to be a time that I was going to think about something like this. It wasn't overnight. There were weeks that you would think about 'man I really want to go to Monaco and see the Monaco Grand Prix or I really want to go to Knoxville, Iowa and be out there for the A-main of the Knoxville Nationals or the Kings Royal at Eldora.' There are things I want to do that because of our schedule you don't have time to do it. There is just not enough time to do everything you want to do. It's time for me to do this."

Q) YOU TALKED EARLIER ABOUT BEING NOSTALGIC THAT THIS IS YOUR LAST NASCAR SPRINT CUP SERIES RACE AT SONOMA TALK ABOUT THAT AND NEXT WEEK IS GOING TO BE YOUR LAST RACE AT DAYTONA:
Stewart: "Definitely next week there is nothing I'm going to miss about that. But this has always been a cool place. This track is one where you race the race track. It's you against the track every week. The restarts create the carnage here and guys doing stupid stuff, but when you get into a run and you get a long green flag run like that that is when it's fun here because you are racing the race track and what you've got to do to make yourself fast. It's not that same feeling of wheel to wheel competition that you get other places, but this track is more challenging than the competition is. If you can beat the track, you can win the race too." Team Chevy