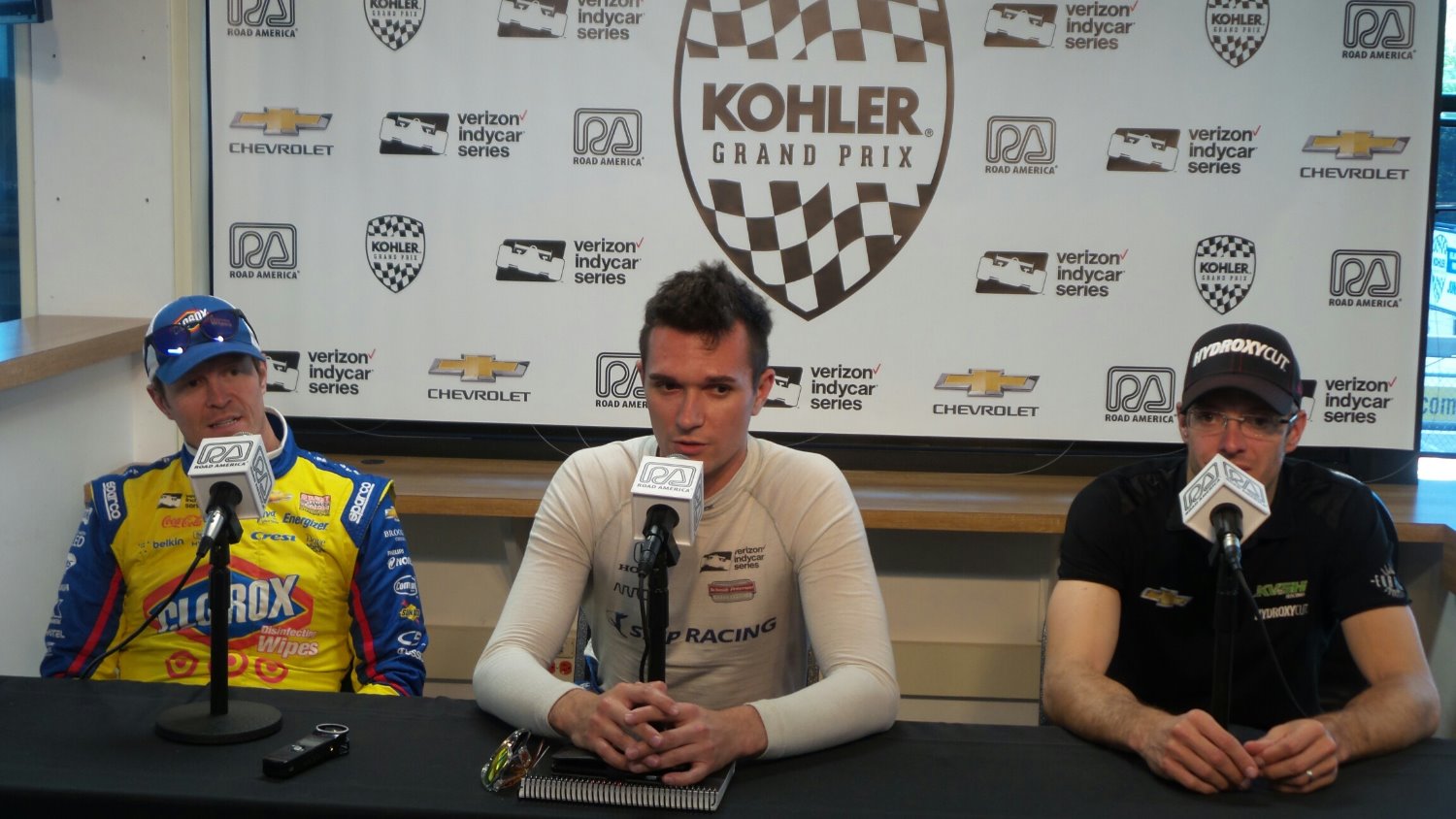 It's a slightly breezy, comfortable summer afternoon here in Wisconsin's Kettle Moraine country. Sebastien Bourdais, Mikhail Aleshin and Scott Dixon, all of whom participated in last week's 24 Hours of Le Mans, are here in the media center at Road America. Bourdais, of course, scored a class win driving a Ford GT for Chip Ganassi Racing.

Dixon was asked how the whirlwind tour has been. You might remember the drivers were delayed getting to Le Mans due to the IndyCar rain-delay at Texas. The Monday after Le Mans, Dixon tested at Watkins Glen in preparation for the series' race Labor Day Weekend.

"That Monday test was a bit of an eye-opener," said Dixon. In particular, Dixon pointed to the difference in speed between a GT racer and IndyCar. He also noted the resealed Watkins Glen racing surface, which he believes will make lap times much quicker.

As for Aleshin, he drove a P2 car for SMP Racing and joked that it "was difficult overtaking you guys" to Dixon and Bourdais.

On track, the Pro Mazda Series just concluded a practice session, and in a few minutes Indy Lights Presented by Cooper Tires qualifying is set to begin.

For the top-level Verizon IndyCar Series, one of the big topics of conversation here at Road America today has been tires. When the teams tested here last fall for the Verizon IndyCar Series teams upon the return to Road America are tires. Mid Ohio tire. Sebastien Bourdais, for one, liked that tire. However, due to blistering, Firestone has decided to bring a thin gauge tire here to Road America. While this takes care of the blistering problem, the rate of wear is higher and seems to be a concern amongst the teams. We'll follow this story throughout the weekend.

Moving on, AR1 President Mark Cipolloni asked Coyne about the status of Gabby Chaves. The 2015 Sunoco Rookie of the Year took over the No. 19 Honda at the Angie's List Grand Prix of Indianapolis after Luca Filippi drove the first four races. Coyne said Chaves is not signed for the rest of the season, and working on a race-to-race deal. He also noted that Filippi is still in the picture to do a couple of more races this year. As for which driver will do which race, we're not sure.