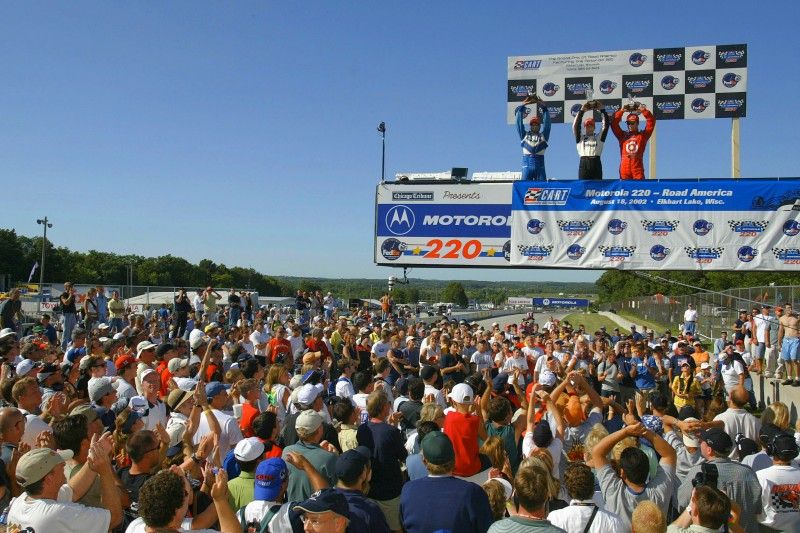 The Verizon IndyCar Series heads back to an iconic venue this weekend when it visits Road America in Wisconsin.

With eight races remaining in the 2016 season, several drivers are hoping to use a victory on the long, picturesque circuit at Elkhart Lake to propel them into the thick of the points race.

Here are five things to watch this weekend in The Badger State writes Justin Kenny of the News-Sentinel.

After a nine-year absence, major open-wheel racing returns to Road America, considered by many drivers to be the pinnacle of road courses outside of Europe. The 4.048-mile circuit is one of only a few old tracks that have retained their original configuration despite over 50 years of operation.

The track itself weaves in and out of forestry and ideal campground areas, with unique nomenclature for various areas of the circuit, including "Thunder Valley", the "Carousel" and "Canada Corner."

Speeds can reach nearly 200 mph on the lengthy frontstretch, with a series of hard-braking corners early on giving way to smooth, winding turns on the later half of the circuit.

Road America was one of several tracks targeted for readdition to the series' schedule by IndyCar President Jay Frye, a list that also included Phoenix and Watkins Glen.

When Sunday's 50-lap event begins a little after 1 p.m., just nine drivers in the 22-car field will have competed in a major open-wheel event at Road America. Of those nine drivers, just one, Sebastien Bourdais, has ever won on the circuit.

Bourdais has by far the most success among the entries, winning the last event at the track in 2007 and finishing on the podium in all four of his career starts.

Tony Kanaan has the most starts at Road America with five, but has just a pair of top five finishes to show for it.

Two drivers, Simon Pagenaud and Graham Rahal, will be making their second-ever start on the circuit. Rahal was impressive in his only showing, finishing runner-up to Bourdais in 2007.

With three practices scheduled prior to qualifying on Saturday, plus a half-hour warm-up session on Sunday morning, the rookies to Road America should get plenty of seat time to get acclimated. That said, those with race experience on the circuit could hold the advantage once the race begins.

News broke on Thursday afternoon that Josef Newgarden has been medically cleared to take part in the first practice session today, 12 days after suffering a fractured collarbone and a small fracture in his right hand in a scary crash at Texas.

Whether the 25-year-old American races the entire weekend or gives up the seat for substitute driver J.R. Hildebrand remains to be seen. The grueling, four-mile circuit filled with twists, turns and elevation changes will be difficult to navigate for a recovering Newgarden, but the effort will be made, at least to start the weekend.

Interestingly, Newgarden's seemingly minor hand injury may end up being more of a hindrance than the collarbone, considering the circuit and the lack of power steering.

Newgarden enters the weekend fourth in points with a fair shot at the season championship with an exceptional finish to the season, provided he races this weekend.

Road America will be the third natural road course the IndyCar Series has raced on this season, with Simon Pagenaud having won the previous two.

Pagenaud appeared to be showing some chinks in the armor with a 19th at the Indianapolis 500 and a 13th at the first race in Detroit. But the Frenchman bounced back with a runner-up finish in Race 2 at Belle Isle and is still the odds-on favorite to win his first IndyCar Series championship

A big part of Pagenaud's success has been his absence of self-inflicted mistakes, particularly with the precise lines needed on road and street courses. Road America could very well see the same locked-in Pagenaud we have seen most of the season.

The immensity of Road America can be problematic. Car issues or contact on one end of the track would likely mean a driver will have to coax the car around the circuit multiple miles to reach pit road. This could loom large for championship contenders caught up in an accident or a major part of a melee themselves.

On the flip side, staying on the lead lap is substantially easier at Road America due to its size. Dropping back in the field early is not as damaging as it is at smaller tracks, particularly short ovals, particularly if there are several yellows throughout the race. Justin Kenny/News-Sentinel