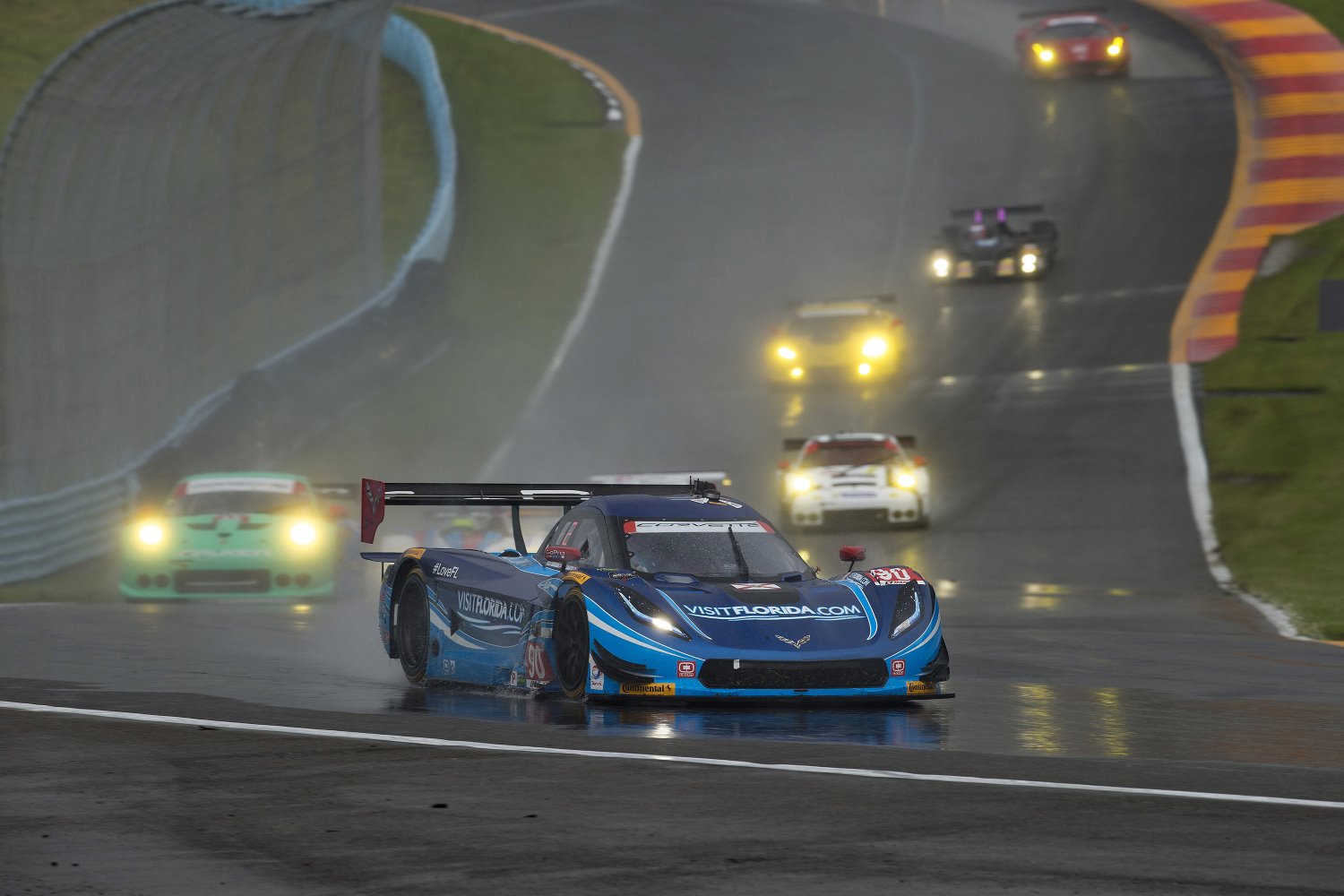 The top-three finishing GTE Pro teams and the winning GTE Am team from the recent 24 Hours of Le Mans return to IMSA WeatherTech SportsCar Championship competition in the Sahlen’s Six Hours of The Glen, set for Sunday, July 3, at Watkins Glen International.

IMSA today released a 42-car entry list for the event, which serves as Round 6 of the WeatherTech Championship and Round 3 of the Tequila PatrÃ³n North American Endurance Cup. The six-hour race on the 3.4-mile circuit will be televised live on FS1, beginning at 10 a.m. ET.

Ford Chip Ganassi Racing headlines the GT Le Mans (GTLM) class entry with the Joey Hand and Dirk Mueller in the No. 66 Ford GT, the same car that won the GTE Pro class at Le Mans. They will be joined by teammates Richard Westbrook and Ryan Briscoe, drivers of the No. 67 Ford GT, which finished third at Le Mans. The Fords sandwiched the Risi Competizione Ferrari 488 GTE and drivers Giancarlo Fisichella and Toni Villander on the Le Mans podium. The Ferrari will carry No. 62 at The Glen.

Scuderia Corsa captured the GTE Am class for Ferrari in the French classic. That team returns to Watkins Glen leading the GT Daytona (GTD) standings with drivers Christina Nielsen and Alessandro Balzan, who hold an eight-point lead in the class co-driving the No. 63 Scuderia Corsa Ferrari 488 GT3. They will be joined at The Glen by Le Mans class winner Jeff Segal.

The lead Prototype class has a 10-car entry. Tequila PatrÃ³n ESM will be looking to continue its mastery of 2016 WeatherTech Championship endurance races, with Scott Sharp, Johannes van Overbeek and Pipo Derani driving the No. 2 Tequila PatrÃ³n Honda Ligier JS P2 that opened the year by winning both the Rolex 24 At Daytona and Mobil 1 Twelve Hours of Sebring Fueled by Fresh From Florida. They will be joined in the Honda camp by the No. 60 Curb Records/AERO Honda Ligier JS P2 of Ozz Negri, John Pew and Olivier Pla.

"Le Mans week felt like a race season all on its own, so once it’s over, you for sure take a deep breath and a few days off," said Dalziel, who drove for Tequila PatrÃ³n ESM in the French classic. “I spent a few days in Paris afterwards just to chill out a bit. Our race didn't go as planned, but having both cars take the checkered flag was really a huge achievement. Now my focus shifts to Watkins Glen and getting Visit Florida its first victory of 2016."

The Prototype championship lead is currently shared by two teams, Jordan and Ricky Taylor in the No. 10 Konica Minolta Corvette DP and two-time defending champions Joao Barbosa and Christian Fittipaldi in the No. 5 Mustang Sampling/Cider Tree Corvette DP. Completing the four-car Corvette entry is the No. 31 Whelen Engineering/Team Fox entry of Eric Curran and Dane Cameron, who are currently third in the standings, four points behind the co-leaders, 151-147.

Rounding out the Prototype entry are two Mazda Motorsports Prototypes, the No. 55 for Tristan Nunez, Jonathan Bomarito and Spencer Pigot, plus the No. 70 for Tom Long, Joel Miller and Ben Devlin; the No. 0 Panoz DeltaWing Coupe of Katherine Legge, Sean Rayhall and Gabby Chaves; and the No. 50 Highway to Help/Fifty Plus Racing BMW Riley of Jim Pace, Dorsey Schroeder and Byron DeFoor.

GTLM features a 10-car entry, two each from Ford, Ferrari, Corvette, Porsche and BMW. In addition to the Risi Competizione entry, Scuderia Corsa will field the No. 68 Ferrari 488 GTE for Alessandro Pier Guidi and Daniel Serra. Porsche will race the No. 911 Porsche 911 RSR for defending GTLM champion Patrick Pilet and Nick Tandy, joined by the No. 912 for Earl Bamber and Frederic Makowiecki. Corvette Racing returns its two cars from Le Mans, the No. 3 Corvette C7.R for Antonio Garcia and Jan Magnussen, plus the No. 4 for class point leaders Oliver Gavin and Tommy Milner. BMW Team RLL has a pair of IHG Rewards Club-sponsored BMW M6 GTLMs, the No. 25 for Bill Auberlen and Dirk Werner, and the No. 100 for John Edwards and Lucas Luhr.

Starworks Motorsport defends its PC victory at The Glen with Renger van der Zande and Alex Popow returning in the No. 8 ORECA FLM09. The pair won at Detroit to take a three-point lead in the class. Mark Kvamme will share the second Starworks entry, the No. 88 Popcorn Sutton ORECA, with Sean Johnston and Maro Engel.

Robert Alon and Tom Kimber-Smith are second in the PC standings – three points back – and will be joined by Jose Gutierrez in the No. 52 PR1/Mathiasen Motorsports Prisma/Professional Security Consultants/Westfield ORECA. Two-time defending class champions Colin Braun and Jon Bennett return for CORE autosport, joined by entries from BAR 1 Motorsports, Performance Tech Motorsports and JDC-Miller Motorsports.

Dodge Viper, the 2015 winner at The Glen, has the No. 33 ViperExchange.com/Gas Monkey Garage Dodge Viper GT3-R for Detroit winners Ben Keating and Jeroen Bleekemolen.

Porsche has a four-car GTD entry. Alex Job Racing fields the No. 22 WeatherTech Porsche GT3 R for Cooper MacNeil, Leh Keen and Gunnar Jeannette and the No. 23 Team Seattle/Heart of Racing Porsche for Mario Farnbacher, Alex Riberas and Ian James. Also fielding new Porsche GT3 Rs are Park Place Racing, with the No. 73 for Patrick Lindsey, Joerg Bergmeister and Matt McMurry; and Black Swan Racing with the No. 540 driven by Timothy Pappas and Nicky Catsburg.

Audi is set with three cars, including two for Stevenson Motorsports and one for Magnus Racing, while Turner Motorsport campaigns a pair of BMW M6 GT3s.