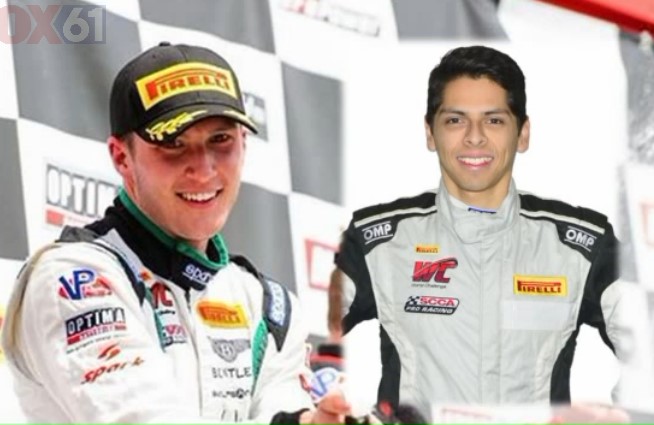 “As Andrew continues to recover, we are all very grateful for the overwhelming support from the entire motorsport community.

“Both Sharon Hospital and Hartford Hospital in Connecticut have been amazing, and we would like to thank the incredible doctors and nurses for everything they have done so far.

“Andrew has demonstrated great strength and shows signs of improvement every day, and, although we are not yet in a position to give an update on Andrew's long-term prognosis, we are remaining positive. Your respect of the family’s privacy at this time is appreciated."

Jorge has been released from Hartford Hospital and has returned to his home in Texas for theâ€¯rehabilitation phase.â€¯â€¯Jorge thanks everyone for their kind thoughts following the Lime Rock Park incident.

"I want to thank everyone for having me in their thoughts and prayers. I also want to thank my race team, fellow drivers, Aston Martin Racing and the Pirelli World Challenge Series for all their support. A special thank you to my parents for supporting me since day one. With the help of physical therapy, I look forward to returning to the series soon" – Jorge De La Torre.

Jorge sustained several fractures which were repaired in surgery on Tuesday at Hartford Hospital. He currently remains in hospital where he has demonstrated strength and good spirits this week. Jorge plans to begin rehabilitation as soon as he is released.

The medical team at Hartford Hospital are monitoring Jorge’s progress and will determine when his release will be granted.

Jorge and Aston Martin Racing want to thank everyone for their thoughts and prayers throughout this trying situation. Our thoughts remain with Jorge, Andrew and the Bentley team.

Any further information will be available in due course.

05/31/16 As a follow up to the releases regarding the GT warm-up accident in Saturday's Pirelli World Challenge race at Lime Rock Park, the Series wants to thank our teams, drivers and fans for the tremendous outpouring of support for Andrew Palmer and Jorge De La Torre.

Both drivers continue to receive treatment for their injuries at Hartford Hospital in Hartford, Conn. Hartford Hospital has not released further information at this time. The Series will forward any detailed update on the drivers when received from a Hartford Hospital spokesperson. We thank everyone for respecting the families right to privacy as they concentrate on Andrew and Jorge's hospitalization.