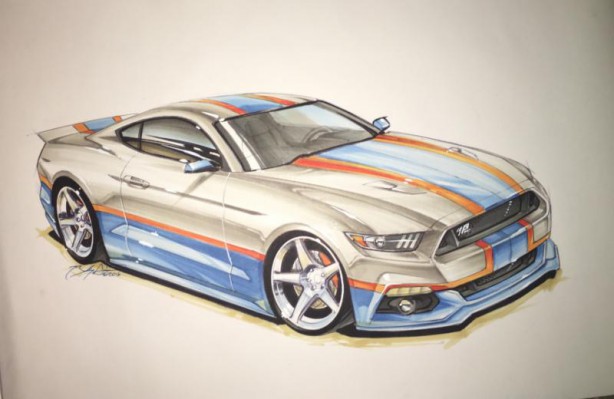 Included in the 2017 lineup is a limited run of 43 builds that include a silver scheme to celebrate "The King" Richard Petty and his 80th birthday in July, 2017.

This is the third year that Petty's Garage and Ford Motor Company have joined forces to build the King Edition Ford Mustangs.

Since the popularity of the vehicles continues to grow each year, the 2017 builds will be the largest to date. Petty's Garage will be the exclusive builder of four, one-of-a-kind, Mustangs. The high-performance shop will build a naturally-aspirated, non-supercharged model with all the looks and feel of the Petty's Garage Mustang that customers and fans have become accustom to, but at a lower introduction price.

Petty's Garage will also introduce a new King EcoBoost model in 2017. This model, with the addition of the race spoiler and signature center exhaust system, mirrors the look of all other Petty's Garage Mustangs, but doesn't sacrifice on power. It is the most radical EcoBoost available to purchase from your local Ford dealer. More info at richardpettymotorsports.com