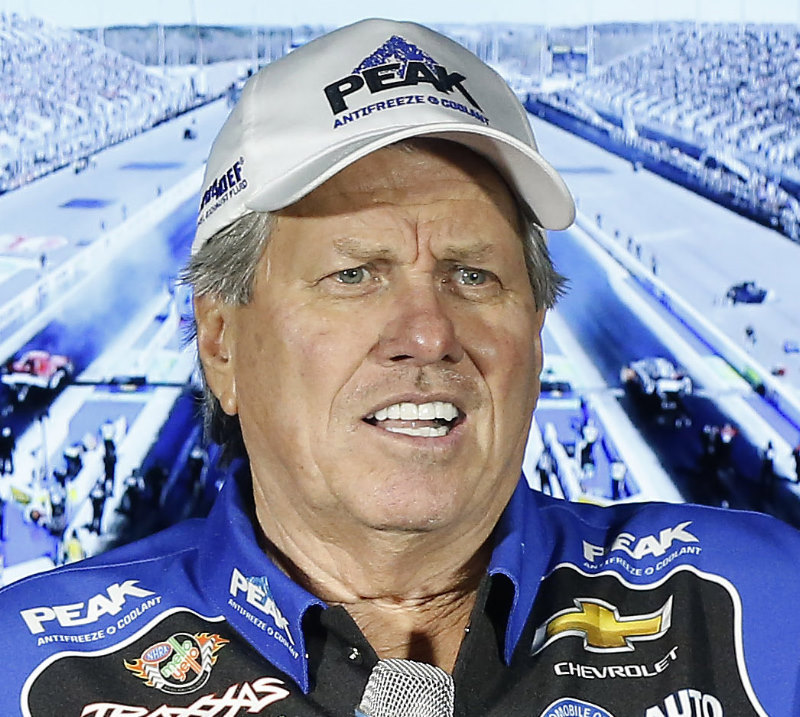 John Force is a 16-time NHRA Mello Yello Drag Racing Series Funny Car world champion and the king of a family-run racing empire, yet he still found time to chat with hundreds of fans during last week’s Thunder Valley Nationals at Bristol Dragway.

It’s been said often before, but the NHRA and NASCAR are miles away in terms of fan accessibility and driver attitudes writes Allen Gregory of the Bristol Herald Courier.

Before last week’s event at Thunder Valley, eight-time NHRA Top Fuel champion Tony Schumacher flew into Blountville and then drove straight to the Kettlefoot Rod and Gun Club in rural Bristol, Virginia, to attend an event for the Bristol Chapter of Speedway Children’s Charities. Schumacher was joined by a handful of other NHRA stars, who took time out of their busy schedules and volunteered to participate. No appearance money required.

One day before, Top Fuel racer Richie Crampton underwent a grueling morning workout with members of the Bristol, Tennessee, Fire Department. Crampton then stayed around to talk with the firemen.

NHRA attendance figures pale in comparison to NASCAR, but all NHRA drivers make extra time for fans at every event.

NASCAR drivers are often praised for talking to reporters moments after an exhausting race or hard crash. Consider that NHRA drivers are interviewed seconds after making a 320-mph run. In the case of the Funny Car division, drivers are forced to wrestle their wicked machines down the drag strip and they still talk after crashes.

NHRA drivers will meet with media members and fans right up until they strap into their nitro-fueled rockets. Except for the feel-good national TV reporters, NASCAR drivers are off-limits before qualifying and races.

Plenty of NASCAR drivers will make time for fans, but the interaction is usually limited to a scribbled autograph while never making eye contact. NHRA drivers will autograph anything at any time.

An extensive interview with Force, Schumacher and Pro Stock titan Greg Anderson can be arranged in a matter of hours. One-on-one interviews with NASCAR superstars have become nearly impossible. Even national reporters must maneuver past a gauntlet of handlers to even score five-minute interview chats with NASCAR stars. It’s like trying to meet the Wizard.

Surly NASCAR stars such as Busch, Tony Stewart and Kevin Harvick are rarely criticized for their rude behavior after races. Instead, they are praised as “fiery competitors." NHRA drivers also get upset over on-track incidents, but they never walk away from reporters and rarely throw cussing fits.

As the NASCAR game continues to experience declines in attendance and viewership, the NHRA Mello Yello Drag Race Series has seen a 66 percent jump in viewers this season with their new Fox Sports TV package and events such as Four-Wide Nationals in Charlotte have featured sellout crowds.

Near-capacity crowds in the 20,000 range attended all three days of the NHRA Thunder Valley Nationals at Bristol Dragway.

There’s a lesson to be learned here, and some day the NASCAR gang might learn the hard way. Allen Gregory/Bristol Herald Courier