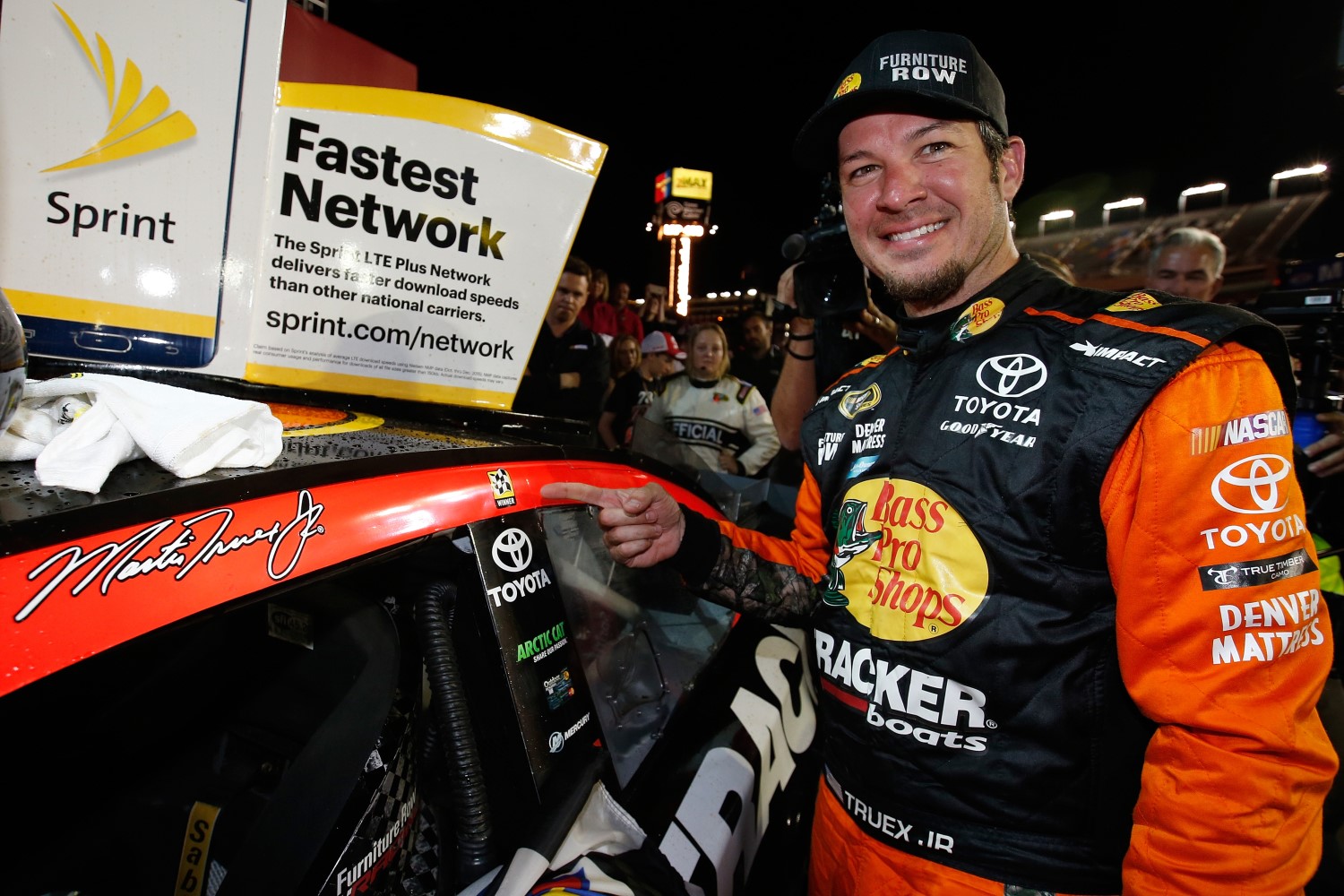 While there has been speculation that Martin Truex Jr. could be the odd man out at Furniture Row Racing (#78) when Erik Jones is promoted to Sprint Cup, that's simply not the case. For now, the only obstacle between sealing the Truex deal appears to be sponsorship. "We're working on it as hard as we can," Furniture Row Racing team owner Barney Visser said.

Toyota Racing Development boss David Wilson said he hopes to have his 2017 lineup shored up by mid-July. Wilson jokes often that having an abundance of talented up-and-coming-drivers and not enough seats is a good problem to have. Truex has expressed his desire to stay the course with crew chief Cole Pearn and continue building a championship caliber club. Visser is open to operating two Cup teams.