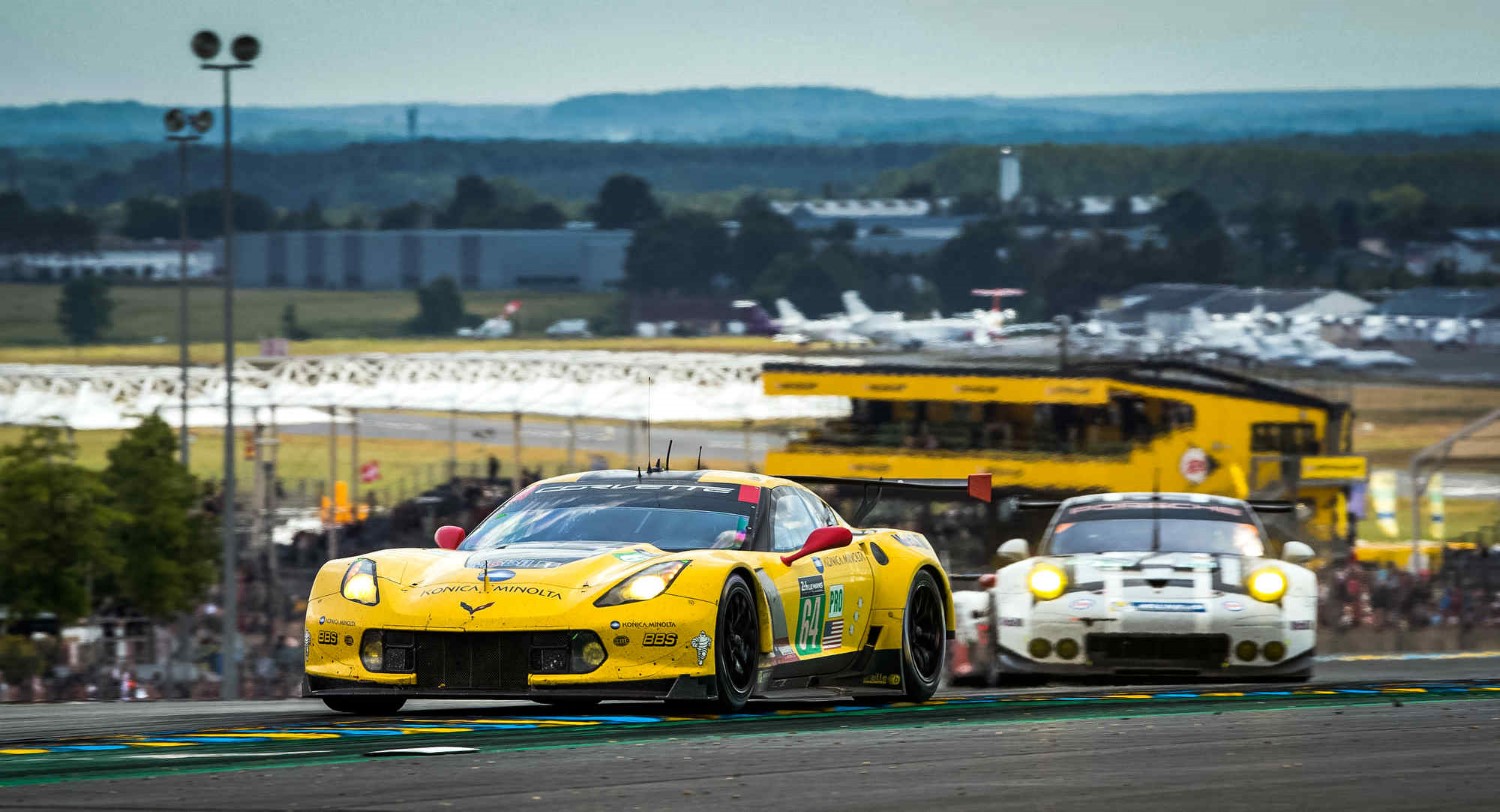 With Tommy Milner uninjured and his the No. 64 Corvette C7.R not sustaining any chassis damage in a heavy Sunday morning accident at the 24 Hour of Le Mans, Corvette Racing dodged a major bullet with next weekend’s IMSA WeatherTech SportsCar Championship race right around the corner.

Last year at Le Mans, Jan Magnussen’s qualifying accident kept him and his No. 63 Corvette C7.R co-drivers and teammates on the sidelines for the race.

The team borrowed a Corvette C7.R used in the 2015 race from Larbre Competition in GTE-Am and went through a major logistical and rebuild effort to get the replacement ready and shipped to Watkins Glen on time for the Sahlen’s Six Hours of The Glen.

While no such drama is needed this time around to get to The Glen, Milner’s accident was one aspect of a fairly frustrating 2016 Le Mans for Corvette Racing that never had the chance to perform to its usual Circuit de la Sarthe standards.

Corvette had returned to Le Mans looking for its ninth class win in its 17th consecutive appearance at Circuit de la Sarthe this past weekend.

They left France with the No. 63 car, which had a trouble-free run but still finished 7th in GTE-Pro, the No. 64 car needing the rapid rebuild and an overall feeling that this year’s Le Mans was not in the cards, the ACO’s deck at least, for one of its most victorious teams.

“We knew coming in what our data showed," Corvette Racing Program Manager Doug Fehan told Sportscar365. “We knew it was going to be an incredibly tough challenge.

“We knew after the test day that there was more to come, so to speak, and we had hoped there would be some equitable balancing. Unfortunately, that didn’t occur."

The ACO did make an unprecedented pre-race Balance of Performance adjustment in the GTE-Pro class that, among other changes, gave the Corvette C7.R a slightly larger air restrictor.

As the race unfolded, the team soon realized the adjustment was too little too late to compete for what would have been a major milestone 100th victory for the Corvette Racing program.

A win would have also capped a two-year major endurance race sweep for Corvette that began with a victory in the 2015 Rolex 24 At Daytona.

The lack of performance may have been a contributing factor to the Milner accident.

“In these circumstances, you put your shoulder to the wheel and you just push as hard as you can push," Fehan said. “We did that with Tommy late in the race, just trying to make up time looking for a podium, and took some wing out of the car.

“Tommy took full blame for it but we took air out of the car and that’s what set that turn one episode up, unfortunately."

As one of the most successful teams to race at Le Mans in the last 20 years, the Pratt & Miller squad is accustomed to intense battles.

That battle did indeed go down last weekend but the featured players this time around were Ford and Ferrari.

Along with Porsche and Aston Martin, Corvette was in the race too but the team and its drivers felt they never really had a chance to compete.

“When you look at the race as a whole, there were definitely sections of the race where we couldn’t really hold a candle to them," Oliver Gavin told Sportscar365.

“Either Ford or Ferrari were supremely dominant. When you needed to attack you were put back in your place a bit.

“Frustrating, but I am just pleased Tommy was OK, that corner was a little bit tricky for us all day. We were running our car so trimmed out and it made it edgy at times."

“The other car soldiered on perfectly, and neither car really had any mechanical trouble," Fehan said.

“It ran a race that a few years back would have been plenty good enough to win, but the pace that was set up today, when you have a four or five seconds a lap differential between competitors, that’s a very, very, very difficult chasm to cross." John Dagys/sportscar365