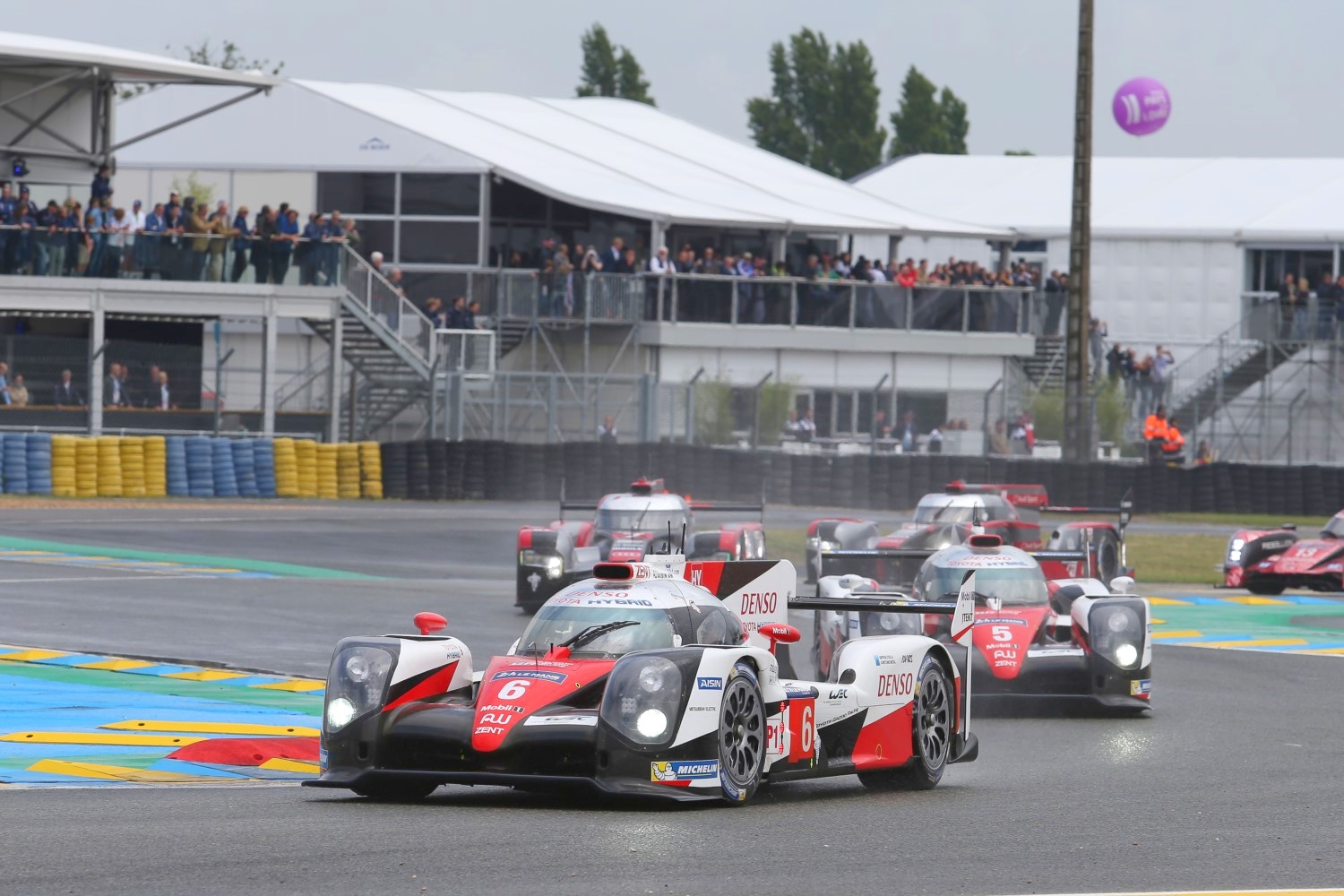 The #5 Toyota for Toyota Gazoo Racing, driven by Anthony Davidson, Sebastien Buemi and Kazuki Nakajima, has maintained its lead but the #2 Porsche 919 Hybrid is relentless in its pursuit.

Toyota or Porsche? Who will come out on top? It's still difficult to say at this stage but Romain Dumas, driver of the #2 Porsche 919 Hybrid, gives his analysis: "The gap with Toyota is narrow and it's going to stay that way. It's great for the sport but of course we hope it swings in our favor. We've still got a few cards up our sleeve. Don't forget that we are playing two against one though."

Toyota Gazoo Racing had a bit of a fright at 11:17, when the #6 car driven by Kamui Kobayashi spun into the gravel at Corvette Curve. The Japanese driver was able to return to the track and resume his race, and maintains the third spot overall.

The #36 Alpine driven by Stephane Richelmi continues to lead the LM P2 class but the #26 Oreca-Nissan for G-Drive Racing is still lying in wait. The #44 Oreca-Nissan fielded by Manor crashed into the barrier at Bridge Corner and has since retired from the race.

In LM GTE Pro, the main event was a spin at Corvette Curve for the #82 Ferrari driven by Toni Vilander for Risi Competizione . The #68 Ford GT, class leader, took the opportunity to push further ahead.

No changes over in GTE Am where the #62 Ferrari is still in front.