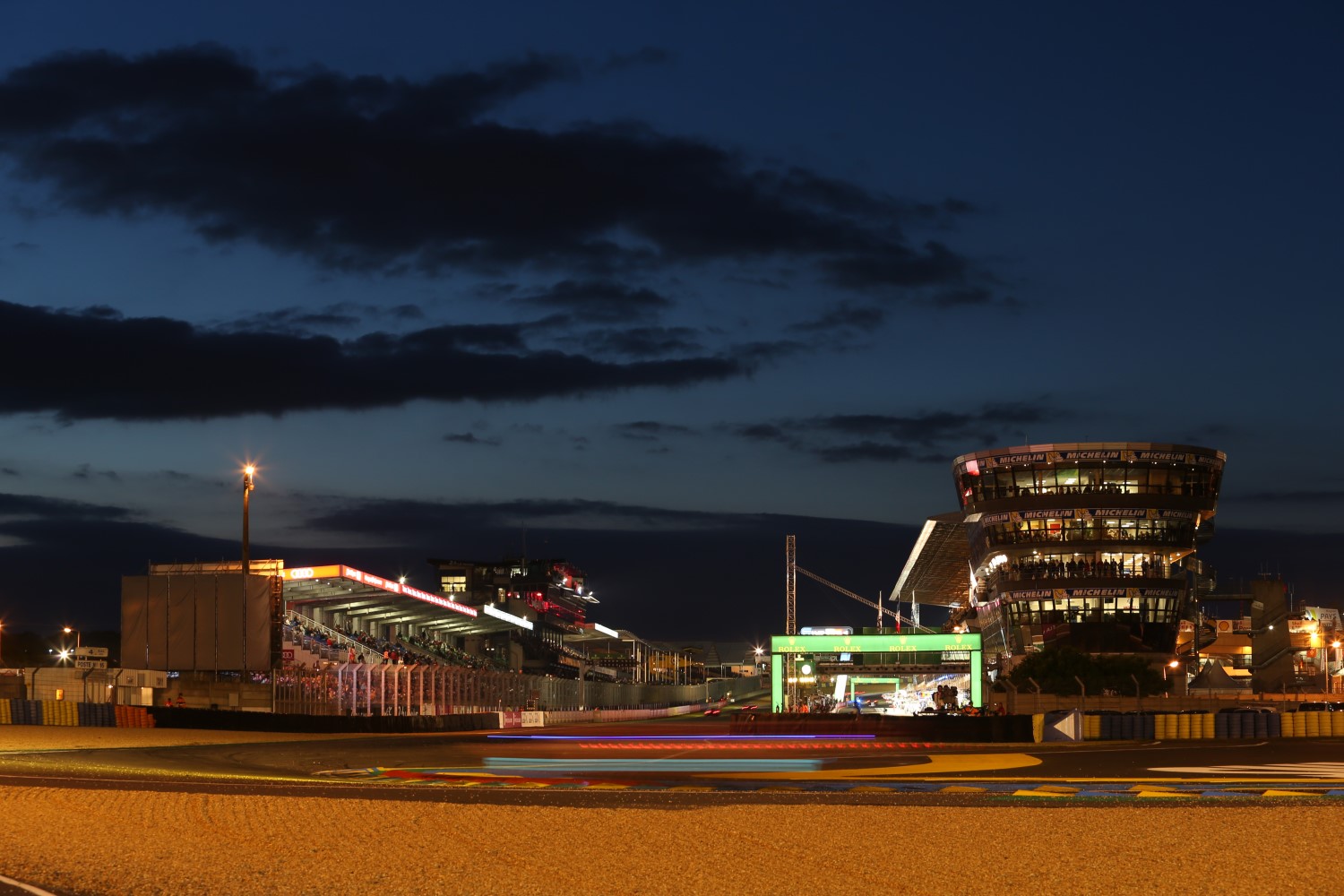 As the leaders passed the 300-lap mark, things are still very tight in the four classes. There have been few changes over the last hour but this could well be the calm before the storm as things are sure to hot up as we approach the end of the race!

Toyota Racing had two cars in a three-way fight for victory in the 84th Le Mans 24 Hours when the race entered its final five hours.

The TS050 HYBRID’s better fuel efficiency allows it to complete 14 laps per stint, while its rivals are pitting one lap earlier. That reduced the number of stops required and contributed to a fascinating battle for the win with Porsche who are going 13 laps.

With over 50 cars still on track, traffic remained a significant factor and minor incidents affected several competitors, including the #6 which lost 30 seconds during the night due to a pit-lane repair of damaged bodywork.

The battle for top spot was too close to call entering the 17th hour; the two TS050 HYBRIDs were still locked together with the #2 Porsche. All three leading cars were lapping at a similar speed as the sun rose over the Circuit de la Sarthe, with Stephane and Kazuki at the wheel of the TOYOTAs.

Audi are definitely short on luck at the 24 Hours of Le Mans this year. The #7 R18 was already behind early in the race and has fallen back even further after mechanics replaced a pull-rod when Benoit Treluyer reported vibrations. The second Audi has not encountered major issues since the start but has never really managed to keep up with the leaders. It is now two laps behind the car out in front. No change at the top with two Toyotas and the #2 Porsche jockeying for position between refuelling stops.

It is quite a similar picture in LM P2 where four manufacturers are all still in with a chance of victory: Alpine, Oreca, Gibson and BR. There was a collision between the #40 and #49 Ligiers after John Pew lost control at the Forza Motorsport chicane. Both cars were able to make their own way back to the pits for repair.

The #68 Ford GT experienced a few issues with its electronics so lost some ground, but soon came back behind the #82 Ferrari, leader in the LM GTE Pro class. As the twentieth hour approached, Dirk MÃ¼ller was just 15 seconds behind Matteo Malucelli.

Corvette Racing’s No. 64 Konica Minolta/Mobil 1/SiriusXM Chevrolet Corvette C7.R has been retired following a crash in the 17th hour of the 24 Hours of Le Mans. Driver Tommy Milner returned to the team garage under his own power. He, Oliver Gavin and Jordan Taylor had been running as high as fifth in GTE Pro.

"First and foremost, I’m happy to be in a Corvette," said Milner. "This Corvette Racing team and the group at Chevrolet build the safest cars. We’ve seen some big wrecks here over the years and all our drivers have walked away fine. So I feel fortunate in that regard. I’m pretty disappointed that our race has ended the way it has. You never want to be in the car when something like that happens. We had just made some setup changes to try and get some more speed out of the car. It was just driver error. I should have done a better job of keeping the car under control but couldn’t do it today. I’m just disappointed for my teammates and the crew guys for having our race end like this. You always want to finish the race no matter what. So it’s definitely disappointing."

IN LM GTE Am, the #50 Corvette hit a barrier at the Porsche Curves. Driven by Yutaka Yamagishi for Larbre Competition, the car is currently seventh in class.