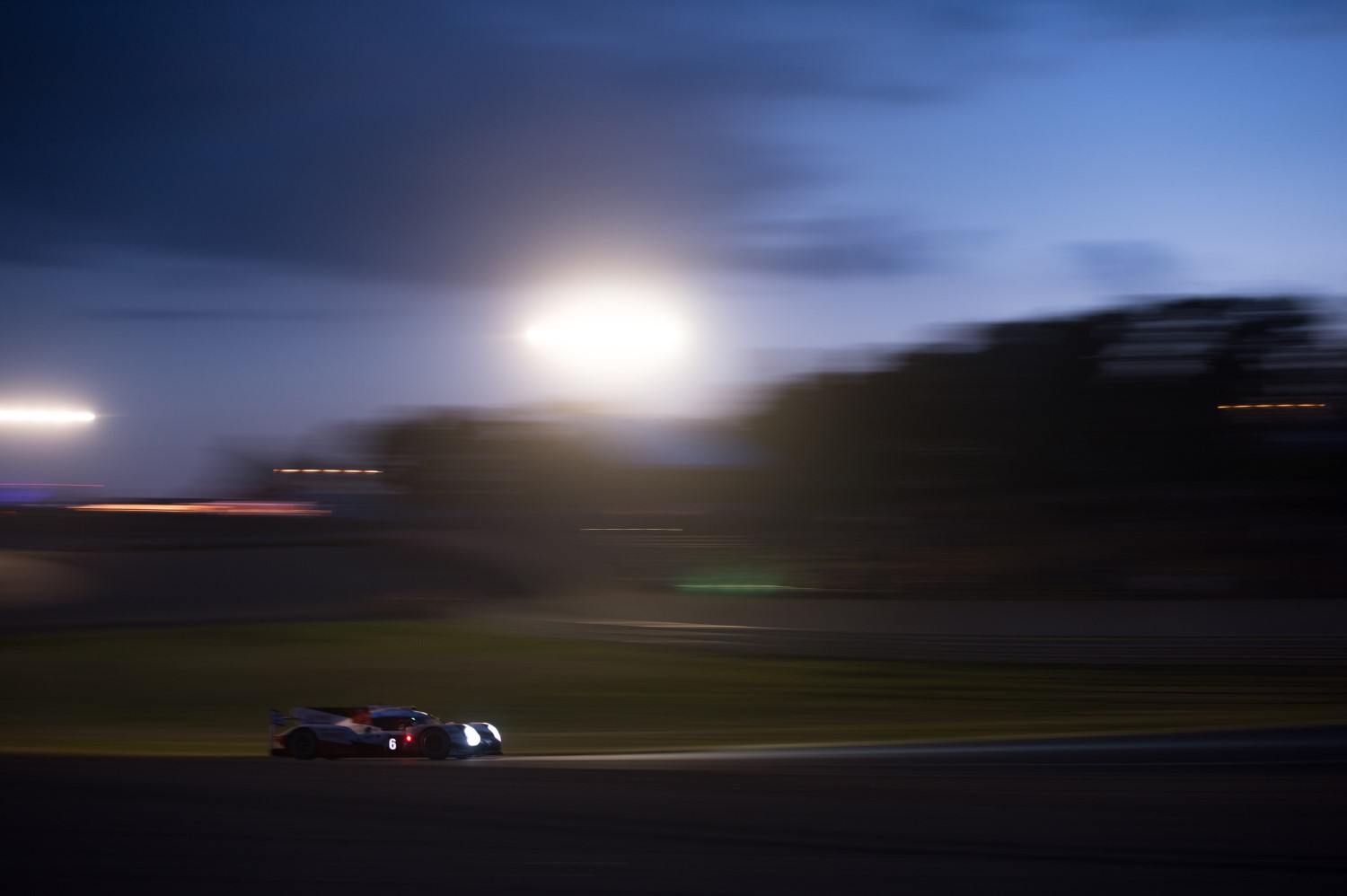 Toyota regained the lead of the Le Mans 24 Hours during the 10th hour of the race, with Mike Conway passing the #2 Porsche of Romain Dumas.

The #5 Toyota of Sebastien Buemi remains in third place, while the #1 Porsche spent an hour in the pits due to engine problems and fourth is now #8 Audi, which made an unscheduled pitstop when Loic Duval suffered a left-rear puncture around 20 minutes past midnight.

The privateer Risi Competizione Ferrari, driven by Toni Vilander, took the lead in GTE Pro at the end of hour 9 against the mighty 4-car factory Ford team.

Vilander ran second for much of the hour, holding a steady gap to Dirk Muller's #68 Ford.

But Vilander made a fuel stop before the safety car was deployed, so when Muller stopped under the safety car and was held at the pit exit, the Ferrari took the lead. Can the minnow Ferrari team slay the mighty factory team after 24 hours? Stay tuned, the odds are against the minnows.