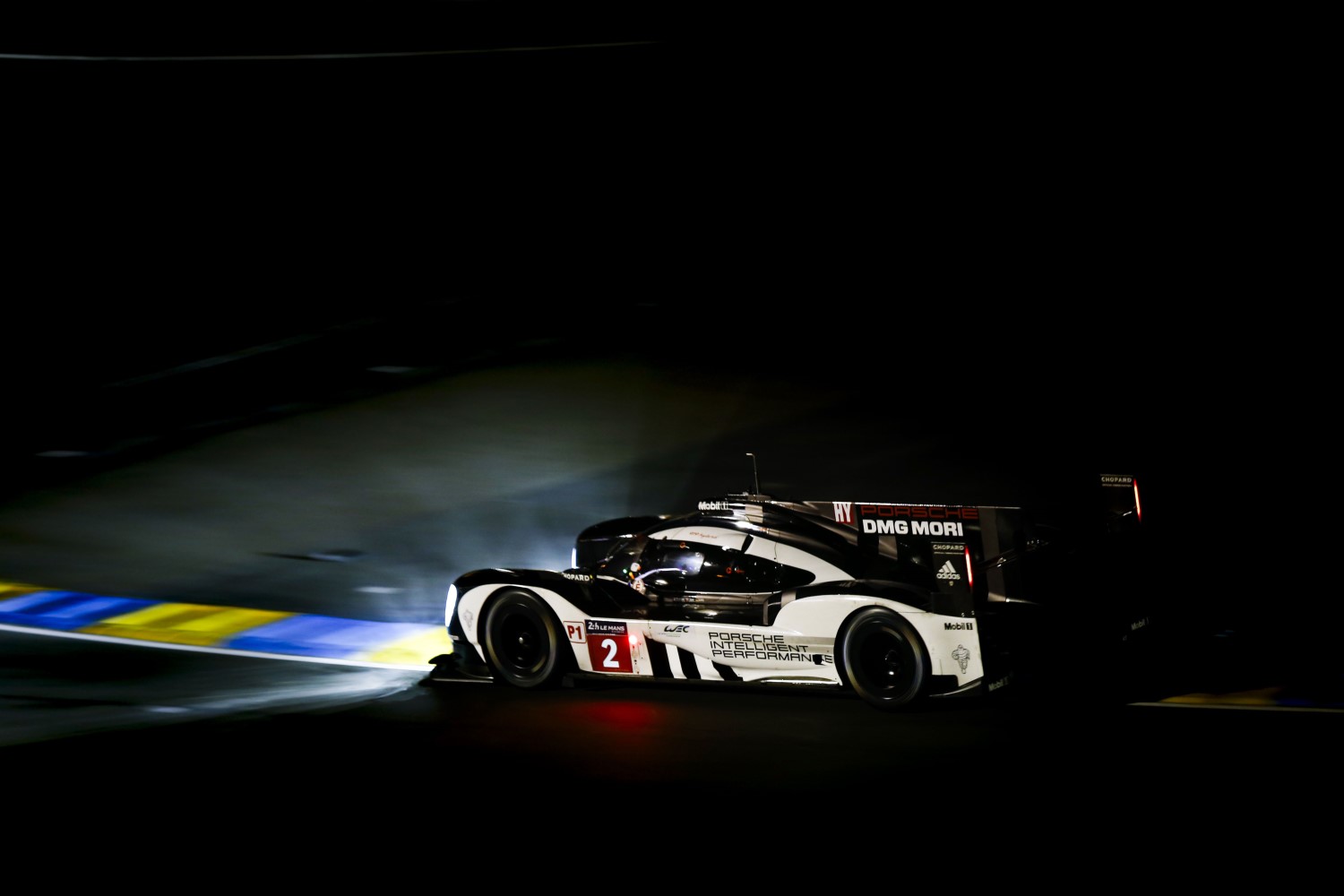 Night has fallen on the great Circuit de la Sarthe. Toyota and Porsche have solidified their grip on the first part of the race. Toyota in particular seems to be in a position of strength. Indeed, the Toyota TS 050s are doing 14-lap stints whereas their rivals Audi and Porsche have only managed 13 laps, which means the Japanese cars are pulling ahead gradually, and can hope to save one or two stops during the race. Since each trip to pitlane takes a little more than a minute, the time saved could make the difference under the checkered flag.

Since 11:00 p.m., plenty has happened. At 11:15 p.m., the #1 Porsche 919 Hybrid, at the time in the lead trio, returned to the its pit (and was still there at midnight). At 11:20 p.m., it was the #7 Audi R18's turn, delayed since the start with turbo problems, to head back to its box. This edition has remained difficult for three-time winners Marcel Fassler, Andre Lotterer, and Benoit Treluyer – a masking of brake ducts continues. The temperature appears to be too cool for the Audi crew, who must modify the car so the braking system doesn't get too cold.

The race continued on but at 11:20 p.m. Paul Dalla Lana had an incident coming out of the Porsche curves. The #98 Aston Martin V8 Vantage, second in LM GTE Am, settled in the gravel trap. Eventually the driver restarted, and passed pitlane. Francois Perrodo also made a mistake. He went straight at Mulsanne in the #83 Ferrari 458 Italia, also entered in LM GTE Am. These two circumstances compelled race direction to deploy the safety car and the race continued under its rule for a little longer than 20 minutes.

Currently, Neel Jani is driving the #2 Porsche 919 Hybrid and Mike Conway is at the wheel of the #6 Toyota TS 050 ahead of Sebastien Buemi in the #5 sister car. The three leaders are in the same lap.