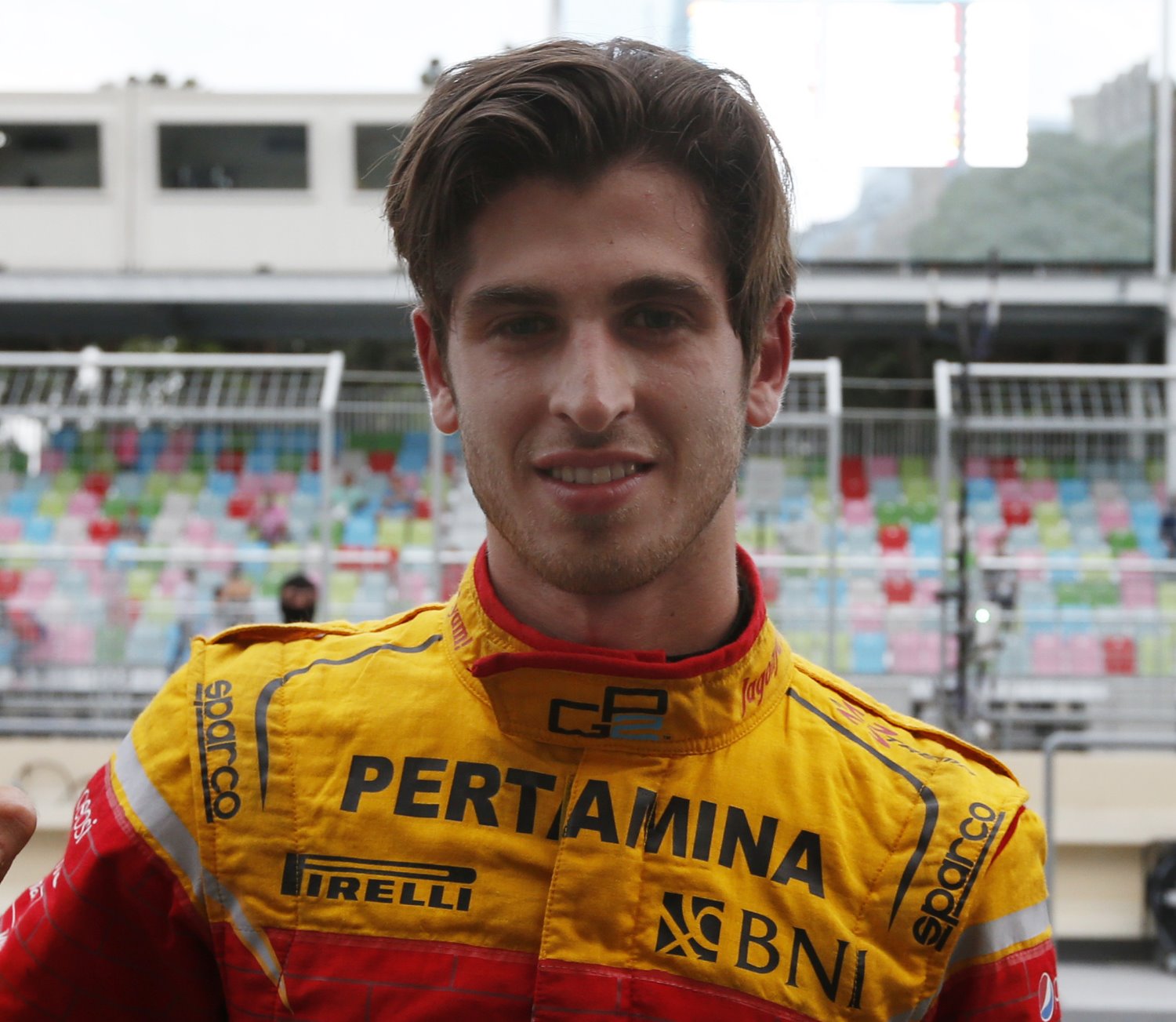 Rookie Antonio Giovinazzi has adapted quickly to the Baku City Circuit: P2 in the free practice session this morning, he emerged on top in a dramatic qualifying session this afternoon. The Italian set a blazing laptime of 1:51.752 denying Nobuharu Matsushita by 0.08s in the dying minutes. Sergey Sirotkin took P3.

The early evening session opened under grey skies and in windy conditions. The drivers fed onto the track on Pirelli Supersoft tires and it was Oliver Rowland who set the early pace in a 1:54.156 through heavy traffic, but his laptime was soon bettered by three tenths by Matsushita. Pierre Gasly then became the first man to dip under 1m53s.

Halfway thru the session, the yellow flags were out after Daniel de Jong and Philo Paz Armand went off at Turn 3. De Jong managed to re-join the track safely, but Armand did not which led to a red flag period. At the restart, Giovinazzi found a clear lap and some extra pace to sit pretty at the top with a laptime of 1:52.692.

In the closing stages, the majority of the drivers improved on their personal best. Sirotkin topped the timesheets in a 1:52.532 but Giovinazzi went quickest again in a 1:51.894. Matsushita improved on the Italian’s laptime and went P1. With three minutes left on the clock, Giovinazzi put his head down and reclaimed the top spot in a 1:51.752 – +0.08s better than Matsushita who returned to the pits.