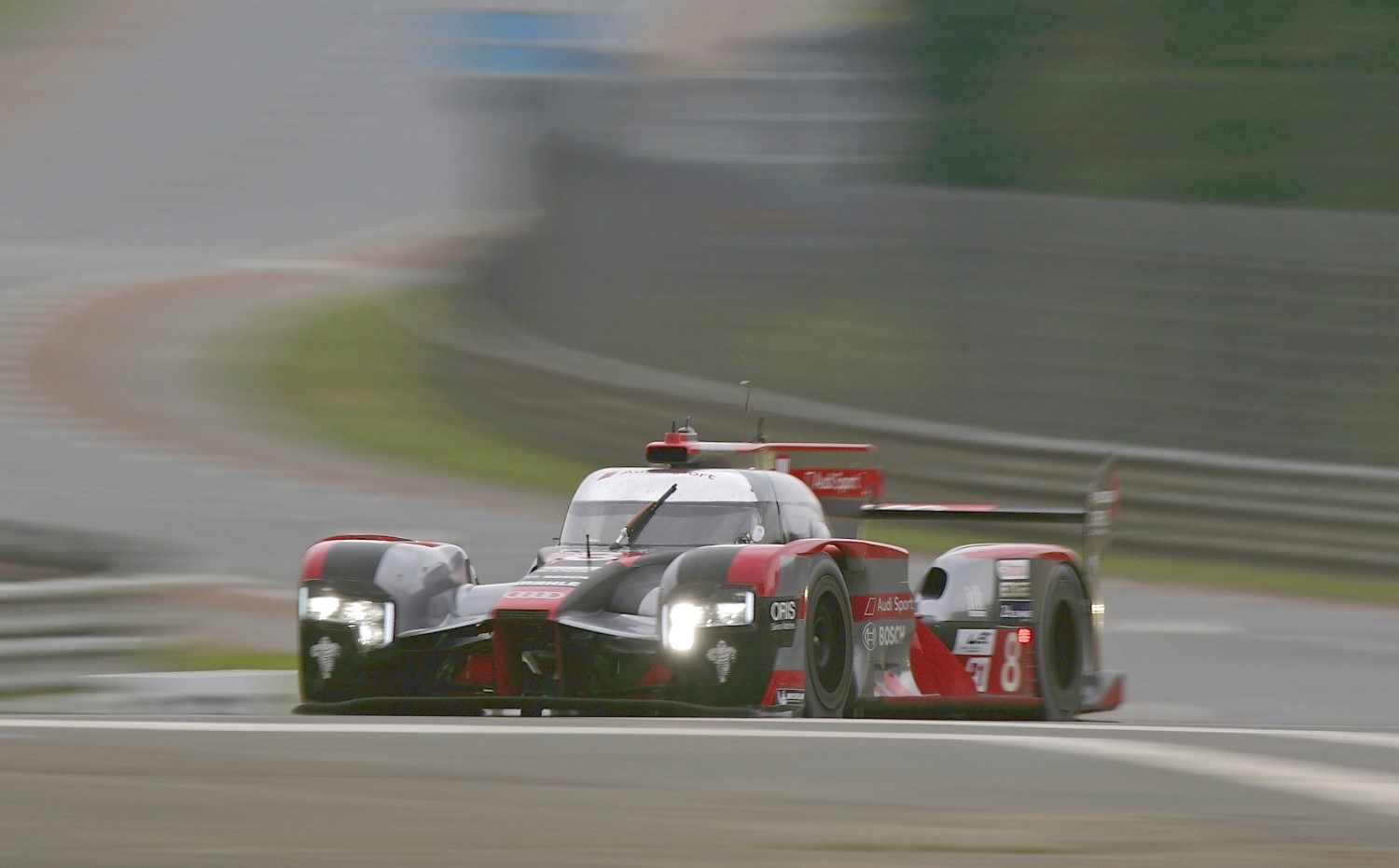 UPDATE Changes to the LMP1 non-hybrid technical regulations designed to reduce the performance gap between the manufacturers and privateers are unlikely to attract further entries for 2017, according to Strakka Racing team principal Dan Walmsley.

In a raft of announcements made at yesterday’s ACO press conference, it was confirmed that the privateer cars would see a reduction in their minimum weight, receive a greater aero allowances on the nose and rear wing and be allowed to use DRS from 2018.

As one of the teams known to have an interest in returning to the premier class of the WEC, Strakka was involved in technical discussions with all current P1 protagonists, including Rebellion Racing and ByKolles Racing, as well as fellow LMP2 outfits SMP Racing and Greaves Motorsport.

However, Walmsley believes the ACO left the announcement too late to make the program viable for 2017 and has lingering doubts about whether the changes will make a real difference.

“The timeline has been a little bit disappointing Certainly for us as a team that has ambitions higher than just being a customer program," Walmsley told Sportscar365.

“We’ll need to have an internal review, but the regulations are probably not significant enough that we can feel we can commit.

“My gut feeling is I don’t think the performance gap will be narrowed enough and certainly the timing of them leaves it too late for us for 2017. We won’t be rushed in and over-commit on a project of this scale.

“The biggest thing that we need, and privateers significantly need, as smaller organization compared to the manufacturers is clear sight of where the regulations are going to be four or five years in advance, because we need to commit to a car which has to be in service for four to five years.

“Maybe Audi, Toyota and Porsche are happy to adapt every year and have the budget to do it, but we don’t."

Rebellion team manager Bart Hayden confirmed that the Anglo-Swiss team would continue to race in the top category “for as long as possible" and welcomed the decision to delay DRS until 2018, although he agreed that it was difficult to see more teams being enticed for 2017.

“Generally we are happy with the changes," Hayden told Sportscar365. “I think it’s sensible not to rush to bring in DRS because the cars here in Le Mans are already doing very high speeds and studies of how it could work need more time.

“I think the bigger question is maybe ‘Is it enough?’ One way of looking at it is if they tried to give us more, how could we make use of that? I don’t think necessarily we could – what has been proposed is achievable. The other way is to say look at the manufacturers.

“They have a roadmap which shows a year on year reduction and that’s welcome for us, but we also see that they have the ability to go beyond the reduction, so I think their roadmap should be more aggressive.

“Teams have a straight choice for ’17 – do they buy a new LMP2 that fits with the 2017 regulations, or do they try to work with something that they have and move it into privateer? That’s a really difficult question to answer.

“It’s not going to happen, but if a more aggressive roadmap for the manufacturers was there and coupled with what’s been announced for the privateers, I think that would make for a more interesting proposition." John Dagys/Sportscar365.com

06/17/16 The ACO, organizers of the Le Mans 24 Hours, and FIA have announced that a drag reduction system (DRS) will be introduced for LMP1 privateer teams in 2018, as well as revealing several new rules for next season.

The changes to the FIA World Endurance Championship regulations are set to be introduced in a bid to close the gap between the factory LMP1 hybrid cars and the privateer entries.

It is also to try and make the privateer category in LMP1 more attractive. Full DRS details will be confirmed soon.

For 2017, the minimum weight for privateer cars will be reduced from 858kg to 830kg, while there will be a single fuel flow meter, the removal of the torque meter and no engine number limitations.
There will also be no cubic capacity and the rear wing and front bodywork sizes will be increased.

Meanwhile the current chassis rules are set to be kept in place for the next three years to keep costs down. These changes will be put to the World Motor Sport Council for ratification.

Just three cars have been entered in the LMP1 privateer class at this weekend’s Le Mans – two from Rebellion and one from the ByKolles team. Grandprixtimes