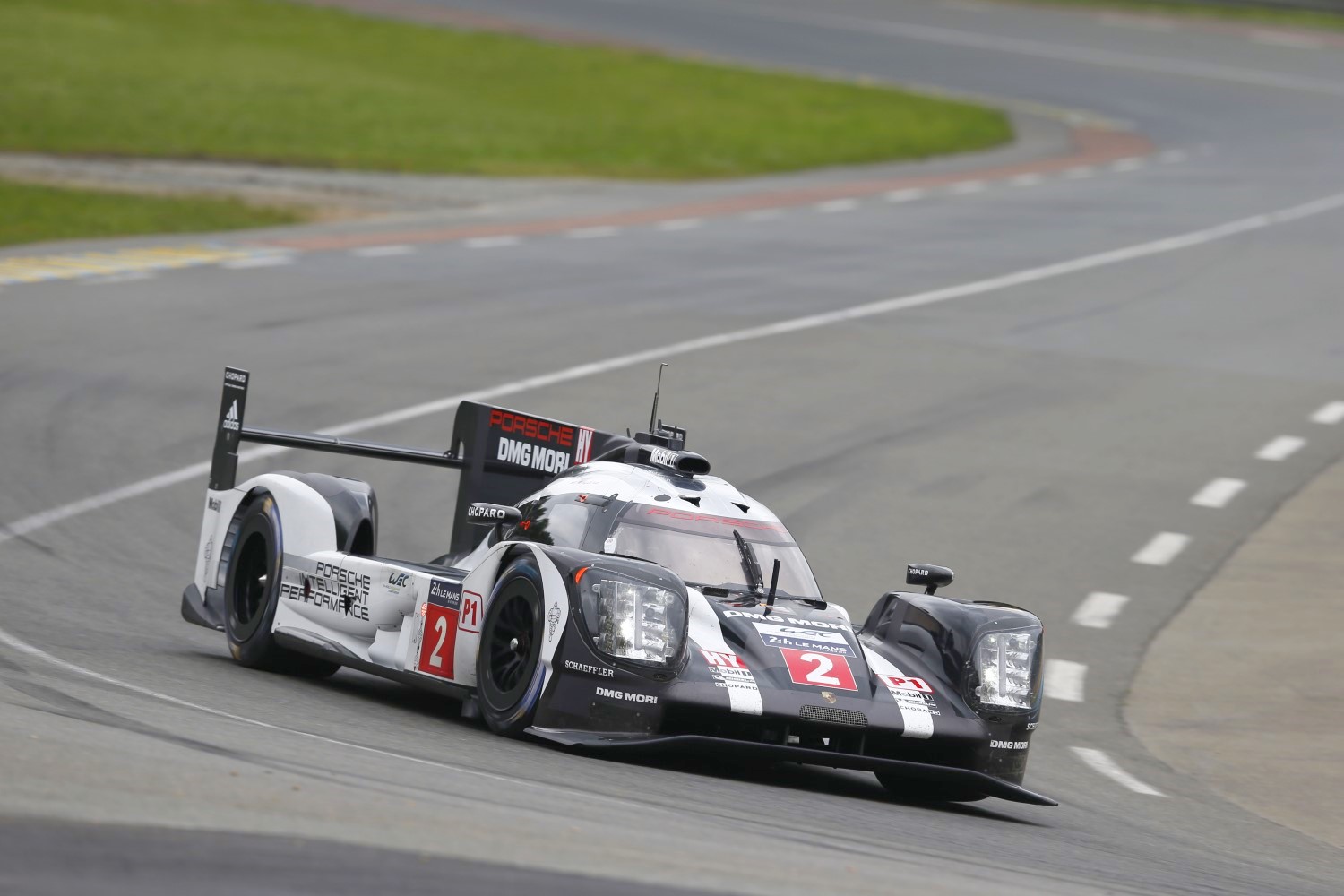 The Porsche Team with the innovative 919 Hybrid secured the 18th pole position in total for the brand at the Le Mans 24-Hours. Due to mostly wet track conditions in both qualifying sessions on Thursday, held from 7 pm to 9 pm and from 10 pm until midnight, there were no improvements in lap times for the top cars compared to the first qualifying session from Wednesday night.

The unbeaten best time for the field of 60 cars was achieved by Neel Jani on Wednesday. The Swiss had lapped the 13.629 kilometer long circuit in 3:19.733 minutes. In difficult track conditions he stayed above his qualifying record of 3:16.887 minutes that he achieved in 2015 and that now remains for the current track layout of the Circuit des 24 Heures.

Timo Bernhard (DE) managed the second fastest lap on Wednesday. The reigning World Champion had managed a lap in 3:20.203 minutes. This means a front row lock out for the same Porsche works drivers as in Le Mans 2015. In the history of the race, that is being run in 2016 for the 84th time, it is the 15th time that Porsche has achieved a one-two result in qualifying.

In LM P2, the no. 26 G-Drive Racing Oreca set the fastest time in the category.

Ford has claimed class pole for the 84th running of the 24 Hours of Le Mans, with the American manufacturer taking four of the top five positions in the GTE-Pro category in its Le Mans return.

Dirk Mueller led a Ford GT 1-2, with the German ace taking his Ford Chip Ganassi Racing entry to a best lap of 3:51.185 in the final moments of Wednesday’s qualifying session.

Mueller pipped the No. 69 Ford of Ryan Briscoe by 0.312 seconds, giving the two IMSA-based entries a proverbial sweep of the front row in class.

The No. 51 AF Corse Ferrari 488 GTE of Gianmaria Bruni split the four Fords, having qualified his turbocharged Prancing Horse third in class at a 3:51.568.

The Nos. 67 and 66 Fords completed the top-five, respectively, ahead of the No. 71 AF Corse Ferrari and No. 82 Risi Competiizione entry, which all showed a significant pace advantage over the competition in the dry.

In fact, the quickest non-Ford or Ferrari was the No. 92 Porsche 911 RSR in seventh, some 3.7 seconds slower than Mueller’s pole-winning lap.

American favorites Corvette Racing will start from the rear of the GTE-Pro class field in 13th and 14th, after struggling in qualifying with its Corvette C7.Rs.