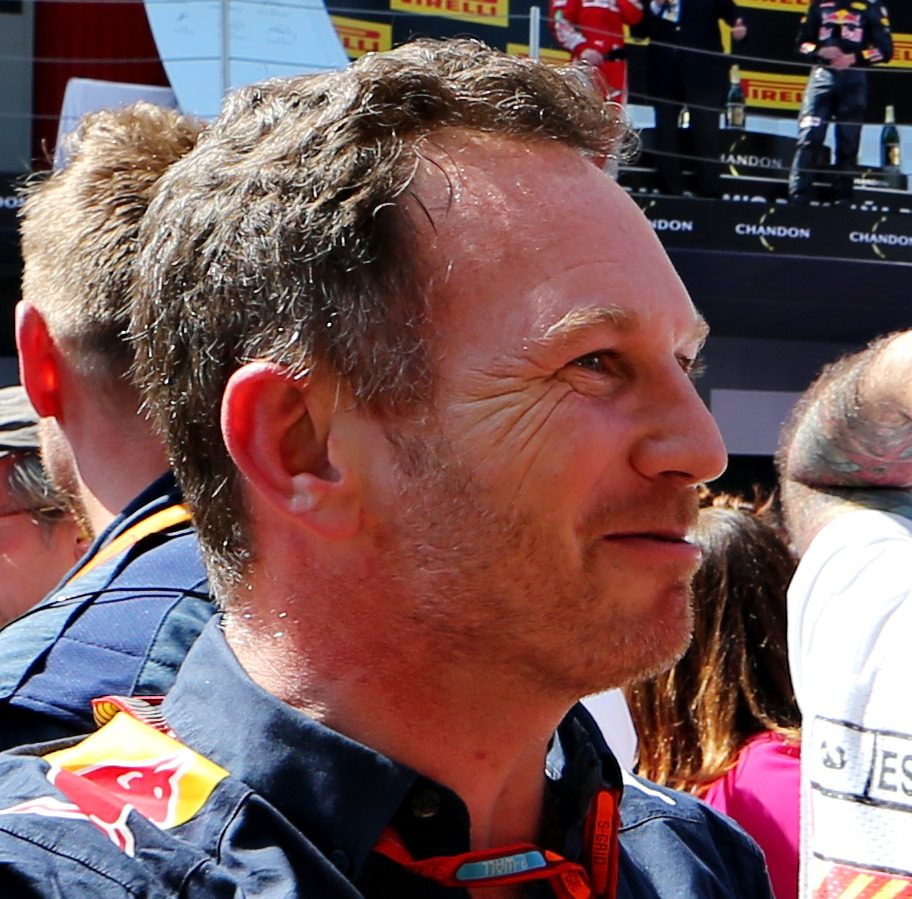 Top three teams pushing hard for title
(GMM) Toto Wolff says Mercedes will work hard to maintain its position at the top of the F1 tree.

"The pace of Ferrari and Red Bull (in Canada) showed that the competition is right there with us. We need to get everything right in order to maintain our position at the front," Wolff said.

The Austrian said the Brackley based team must work "very hard" not only to "make the power unit better", but also so that a major aerodynamic package is debuted "as soon as possible".

Reports suggest that while a major bodywork upgrade was scheduled for Hungary, that is being pushed forward for the British grand prix early next month.

That is because Ferrari and Red Bull, having already narrowed the gap, are also working hard.

Germany's Auto Motor und Sport said Ferrari will spend yet another performance 'token' for its internal combustion engine for Silverstone.

And although big rule changes are coming for 2017, Red Bull is also vowing to continue developing its RB12 throughout the entire 21-race calendar.

"As always, until the end of the season," answered Dr Helmut Marko when asked how protracted Red Bull's 2016 development program would be.

"It's not as if suddenly the wider cars (for 2017) will turn the aerodynamic laws upside down — many concepts of today can be transferred to 2017," Marko insisted.

And Ferrari's Sebastian Vettel told Bild newspaper: "All our improvements so far have proved effective. In a few races we were still a long way from Mercedes, but although it won't be easy, there will come a time when we're in front."

There have, however, been suggestions that Ferrari and Red Bull are pushing the boundaries when it comes to flexible wings, but amid some controversy the cars were deemed legal by the FIA in Canada.

An unnamed engineer told Auto Bild: "All wings move at high speed — this is nothing new."

Believed to be worth up to $200 million for formula one and tipped to include an unprecedented scope, the Dutch beer brewer's deal has also triggered controversy among campaigners who believe alcohol advertising should be banned.

"F1 should ask themselves if they want to be a motor sport or an alcohol brand event," said a spokesperson for Eurocare, a public health organization.

In a letter to FIA president Jean Todt, Eurocare added: "We would like to remind you that drink driving is one of the key killers on the road."

However, F1 teams have backed the sport's new Heineken deal, with the branded message 'If you drive, never drink' already seen on track in Canada.

"I think it (Heineken) will be great for formula one so no, I don't have a problem with that level of involvement," Manor's Dave Ryan said.

Christian Horner, the team principal of Red Bull, added: "I think it's a positive thing. There are some great brands involved in formula one now and hopefully we can put on a good show for them."

Ricciardo happy with Verstappen until 2018
(GMM) As news emerges that Red Bull's driver lineup is now set in stone for the next two years, Daniel Ricciardo says he is happy alongside F1 teen sensation Max Verstappen.

Although the Australian had been linked with a move to Ferrari, reports suggest Red Bull has definitely secured the 26-year-old until the end of 2018.

"There is no chance the driver lineup at Red Bull Racing will change until the end of 2018," Dr Helmut Marko confirmed to Germany's Auto Bild.

He said he is more than happy with Verstappen, 18, and Ricciardo.

Speaking about team newcomer Verstappen, Marko said: "He has exceeded my expectations and not just because of his victory in Barcelona.

"Mentally he is much older than 18 — he knows exactly where he wants to go."

Ricciardo told Brazilian radio Band News FM that he is happy to have Verstappen as his teammate.

"It's great. Obviously I've been impressed since he came into the team. He is committed, he has a lot of speed and I think he's forcing me to increase my level.

"It has been very positive for the team," he added.

"For Ferrari it's different," he told Welt newspaper. "They have a good engine, a good chassis, a good team, they just have to improve everything a little bit.

"But the only thing Red Bull needs to be better is the engine," said Berger.

So far, the Maranello team has failed to deliver on the bold promises made by its new president, causing some to wonder if that means team boss Maurizio Arrivabene's place at the helm is now in doubt.

"It is not for me to criticize Mr. Marchionne," Berger, who drove for Ferrari over two separate stints in the 80s and 90s, told the German newspaper Welt.

"But he has made a typical rookie error in formula one. He is one of those successful businesspeople who believe they can also set up a business plan for their company in F1.

"But you quickly realize how unpredictable formula one is, and how it works differently when you are making a roadmap," said the Austrian.

"As it does for Red Bull, my heart still beats for Ferrari so I hope that soon they are able to return to great success."

Tilke denies Baku too dangerous for F1
(GMM) Hermann Tilke has played down fears F1's newest venue in Baku might not be safe enough.

As the sport's travelling circus set up in the historic Azerbaijan capital this week, two respected journalists wondered whether F1 had compromised safety by green-lighting the fastest ever street circuit.

Roger Benoit, writing for Blick, said the sport is preparing for its "most dangerous weekend" with speeds set to match or perhaps even surpass those seen at Monza.

"At those speeds, with walls on both sides and run-off scarce, the risk of serious consequences is great," agreed Livio Orrichio, writing for Brazil's Globo.

And as the drivers and engineers did their customary pre-weekend 'track walks', one unnamed source told Spain's El Confidencial: "The walls are everywhere. It is a very dangerous circuit."

But circuit architect Hermann Tilke said safety has been taken seriously in Baku.

"The corners are fast but very smooth with soft walls, the same technology as is used on the American ovals," he said.

As for the extremely high speeds and the lack of run-off areas, Tilke answered: "That's up to the FIA.

"They sent their delegate (Charlie Whiting) here and worked hard to make it safe."

Despite racing full-time in F1, the German is actually the fabled 24 hour endurance race's reigning winner, having won for Porsche this time last year.

But Hulkenberg cannot rejoin his Porsche teammates this weekend because Le Mans controversially clashes with the inaugural grand prix in Baku.

"Firstly, winning is always cool — it's why I became a racing driver. But to do it with a big project and a brand like Porsche was mega-exciting.

"After my time in formula one I definitely want to go there and do it again. Unfortunately, I don't think it will be the case in the foreseeable future that I will be able to do both (series) in parallel," Hulkenberg added.

Perhaps that has something to do with his current situation in F1, where despite being highly rated by most, he is currently being outshone by his teammate Sergio Perez.

Asked if the Mexican has surprised him, Hulkenberg answered: "Not really. Already in the second half of last year he was very consistent.

"But my season until Monaco had a lot of bad luck. I had so many problems — not just in the race but also qualifying, and many things that are known only within the team."

Perez is now linked with a move to Ferrari while a cursory look at Hulkenberg's situation shows that the momentum of his career may have stalled.

But Hulkenberg insisted: "What is important is that within the team everything is ok and the decision-makers in the paddock know what is happening.

"Sure, when it comes to how you look more generally it's not always ideal, but sometimes you just have to swallow the pill of bad luck."

Asked if he made the right choice in pledging his future to Force India last year, the 28-year-old said: "Yes, definitely.

"Since Barcelona we made a really big step forward with the update and now we are very well positioned for the rest of the season."

Vettel surged into the lead at the start and pitted for Super Soft tires on lap 11, when the Virtual Safety Car was deployed due to Jenson Button's stricken McLaren-Honda.

Mercedes opted to keep Hamilton out and adopt a one-stop strategy, while Vettel required an additional stop for Soft tires, a decision which enabled the Briton to move into a lead which he would not relinquish.

Ferrari team boss Maurizio Arrivabene conceded it had made a mistake, but Vettel backed his "very, very strong" strategists and says criticizing their decision is easy with the benefit of hindsight.

"We committed fairly early, maybe we were also hoping that the Virtual Safety Car [would] give us a bit of an advantage and make the two stop favorable," he explained.

"But I will always defend our strategies, what we committed to as a team. I think there were other people as well, favoring the two stop.

"With hindsight maybe they [strategists] would do a different job but as I said, that's a decision we take as a team. Kept in hindsight it's always easy.

"Put yourselves in the shoes of those on the pit wall, to make that call is quite tricky and you have to be really quick.

"Strategy wise I think we have a very, very strong team.

"I wouldn't favor anywhere near to criticize them because the guys are really on the money and very strong, reacting very well.

"If here and there we maybe don't do the optimum, that's part of the job but overall I think we end up doing better choices than other people."

Formula 1 will visit Azerbaijan's capital for the first time and race at a six-kilometer circuit designed around the city's streets.

Sainz Jr. says Baku's layout reminds him of Formula 3's prestigious Macau Grand Prix, in which the Spaniard raced in 2011 and 2012.

"From Turn 5 onwards, it starts to get very interesting," said Sainz Jr. of the circuit layout.

"It reminds me a lot of the Macau circuit: the section from Turn 7 to 12 is very similar to its tight section, while the long straight that goes from the exit of Turn 16 all the way to Turn 1 is very like its straight.

"The top speed here in Baku should be one of the highest of the season and it looks like you are flat out from the exit of Turn 16 all the way to the first corner!

"I think that the braking at Turn 15 will be tricky – at least it was on the simulator!

"I just hope it's actually as nice as Macau, which I've always regarded as the most iconic track and it would be great for Formula 1 to have a circuit like it."