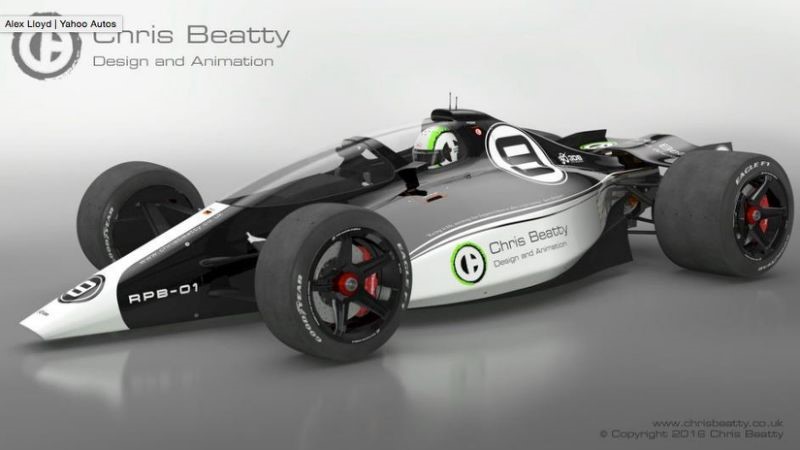 Drivers in the IndyCar paddock remain uncertain that a halo or aeroscreen would have helped protect Josef Newgarden in his shunt yesterday. Below AR1.com's Mark Cipolloni explains why the only thing that is going to work is a full canopy.

While IndyCar's VP of competition and engineering Bill Pappas is aiming for IndyCars to be fitted with Red Bull F1-type aeroscreens in 2017 to better protect drivers, those aeroscreens failed miserably in FIA testing the they nixed them. They certainly are not strong enough in such an accident, or when the driver's head hits a fence pole.

Reigning champion Scott Dixon earlier this year told Motorsport.com he was impressed with the halo concept albeit with reservations regarding its application on ovals.

But following Josef Newgarden's shunt in the interrupted and now postponed race at Texas Motor Speedway, neither Hunter-Reay nor Herta are certain whether an extra structural device around the cockpit would have been a help or a hindrance.

"First of all, let's be grateful that Josef is relatively OK," Herta told Motorsport.com. "That was really, really scary at that speed and that angle.

"I think constant safety improvements are a good thing, but I'd need to look at the shunt more closely to decide whether a halo would have helped in those circumstances or not.

Asked if he had any objections on purist grounds of trying to retain open cockpits, Herta scoffed: "If racing progress through the ages had been decided simply on purist grounds, these guys would have no seatbelts and still be wearing leather helmets."

Said Andretti Autosport ace Hunter-Reay: "I need to check the details [of Newgarden's shunt], but my understanding is that even the rollhoop on Josef's car was compromised, and if that's compromised then a halo structure would be compromised… and that comes into the cockpit.

"I don't know. There's a lot of information that we all need to understand first but I'd be worried that something not as robust as the actual rollhoop would fail in that situation.

"Whatever will help safety, absolutely we should do it. But I was just talking to [Newgarden's team owner] Ed Carpenter about this. If the rollhoop can fail, how would a less structurally sound device cope in those circumstances?"

AR1.com President Mark Cipolloni, a licensed professional engineer, had this to say – "In the case of Newgarden's crash, or Dan Wheldon's crash, a rollhoop, aeroscreen or a halo are going to fail. Structurally they cannot be designed strong enough to fully protect the driver. Their shear strength is never going to be high enough.

"In the case of an accident F(force)=M(mass of the car)*A(deceleration of the car upon impact), F=M x A. Deceleration is a function of time (Velocity divided by time). The rollhoop shears off rather easy in these sort of accidents because the velocity of the car is 200 MPH or more and the cars rollhoop sticking up in the air attempts to change the velocity very suddenly (i.e. the time is milliseconds). Because the denominator is very small, the A (deceleration) is very high hence the shear force applied to the rollhoop is high and it shears right off. It's the sudden deceleration that is the culprit.

"The safest thing is a full fighter jet style canopy because they make the denominator much larger by 'spreading the deceleration over a larger period of time.' hence F(=v/t) is a much smaller number because 't' is much larger. They are smooth enough to deflect flying objects, strong enough to bend but not break, and they offer enough resistance to deflect and rotate the car around a fence pole (in the case of Wheldon's crash). In the case of Newgarden's crash, whereas the rollhoop failed because it took the full force of the impact, a full canopy would distribute the impact load along the lower edge of polycarbonate over a much longer period of time. There is a very high liklihood that Dan would still be with us today if his car was equipped with a fighter jet canopy.

"When the car is up in the air, as Dan's was, the resistance force exerted by the canopy would likely have either rotated the car around the fence pole or pushed the car away from the fence pole rather than the pole hitting Dan's head and killing him.

"The canopy on a Fighter Jet is a multi-layer structure. In case of the F-16, it consists of three layers:

"The canopy is bolted to a metal frame for assembly. They are extremely strong and designed to deflect large birds at 2,000 MPH.

"Watch the video below and see how the aeroscreen fails (but does deflect the object) but the canopy deflects and distributes the load over a larger time. We are still talking about milliseconds, but a time of even 2 milliseconds vs. 1 millisecond in the denominator reduces the force in half. 3 milliseconds the force is reduced by 66%, etc. The beauty of the canopy is its ability to distribute the deceleration of the car upon impact over a longer period of time. So they can talk about halos, aeroscreens and rollhoops, but nothing will work to protect the driver as well as a fighter jet style canopy. Nothing."