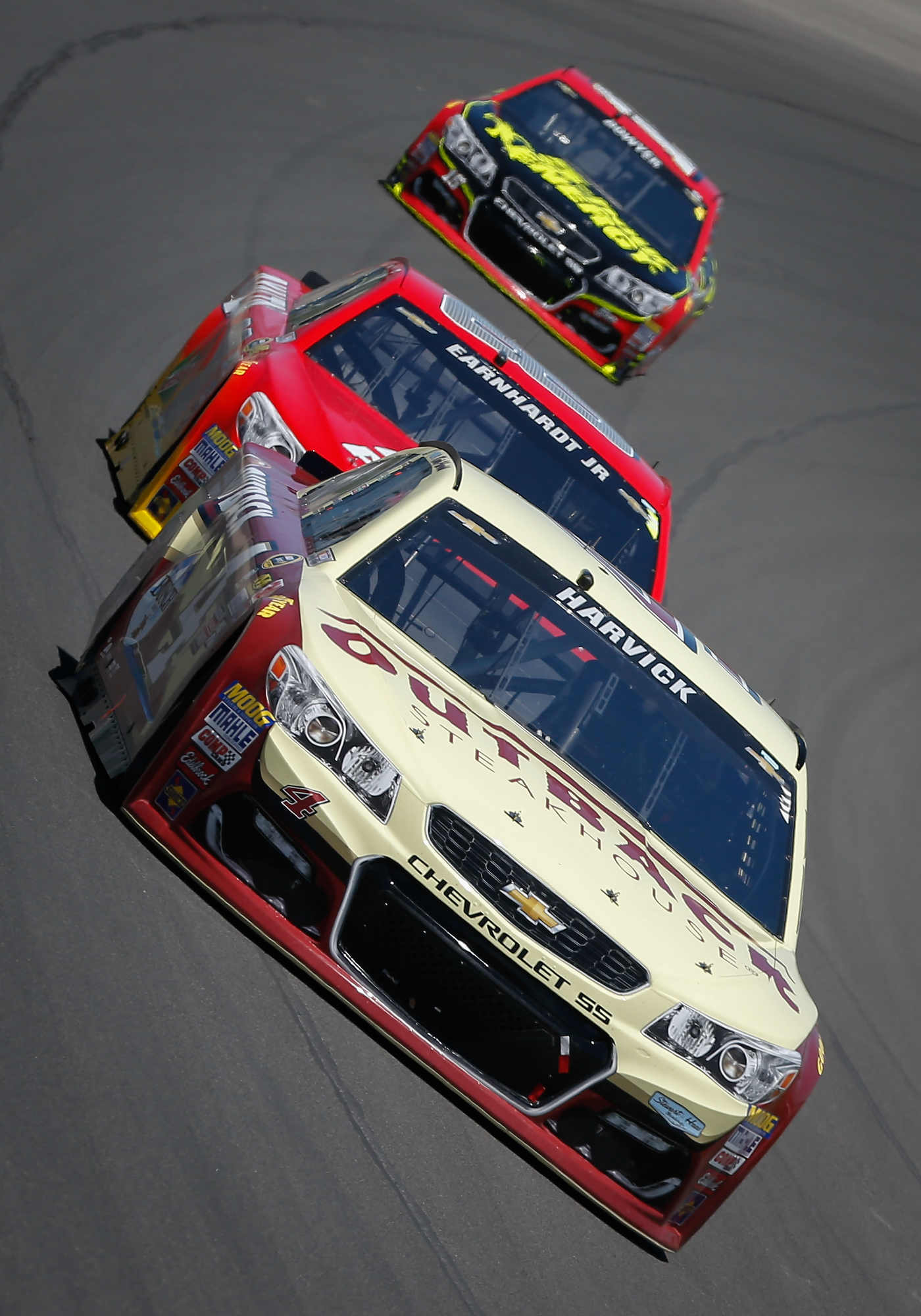 The new lower-downforce aerodynamic package under evaluation for 2017 got its first test in a points race at Michigan, and NASCAR officials liked what they saw in the 400-miler. "It was definitely different than we've seen here before, a lot of action on the restarts, a lot of movement there," said Scott Miller, NASCAR's senior vice president of competition.

"Obviously, we all watched it get strung out a little bit, which we weren't hoping for longer into the runs. I think we saw a lot of things that we liked, some other things that may need a little bit of reevaluating, but I think overall, for such a big move in downforce, that it was a really pretty successful day and something that we can build on."

If the new configuration, or a variation thereof, is adopted for next year, Goodyear will have time to build a tire designed for the new package and the track. "I think we probably need to come back to a bit more work on the tires, which these tires have not been tuned to this package, so we'll work with our Goodyear folks," said Gene Stefanyshyn, NASCAR senior vice president, innovation and racing development.

"Probably a bit handicapped by the entry speeds being pretty high (reaching roughly 218 mph), so still that creates some aero effects, so that's something we'll look at.

"But again, this has been planned as a two to three step process. We're off to Kentucky (for an organizational test on Monday and Tuesday), and then we'll be on the track at Kentucky (July 9)-shorter track, lower speeds and all that, so we'll see how that all comes together." NASCAR Wire Service