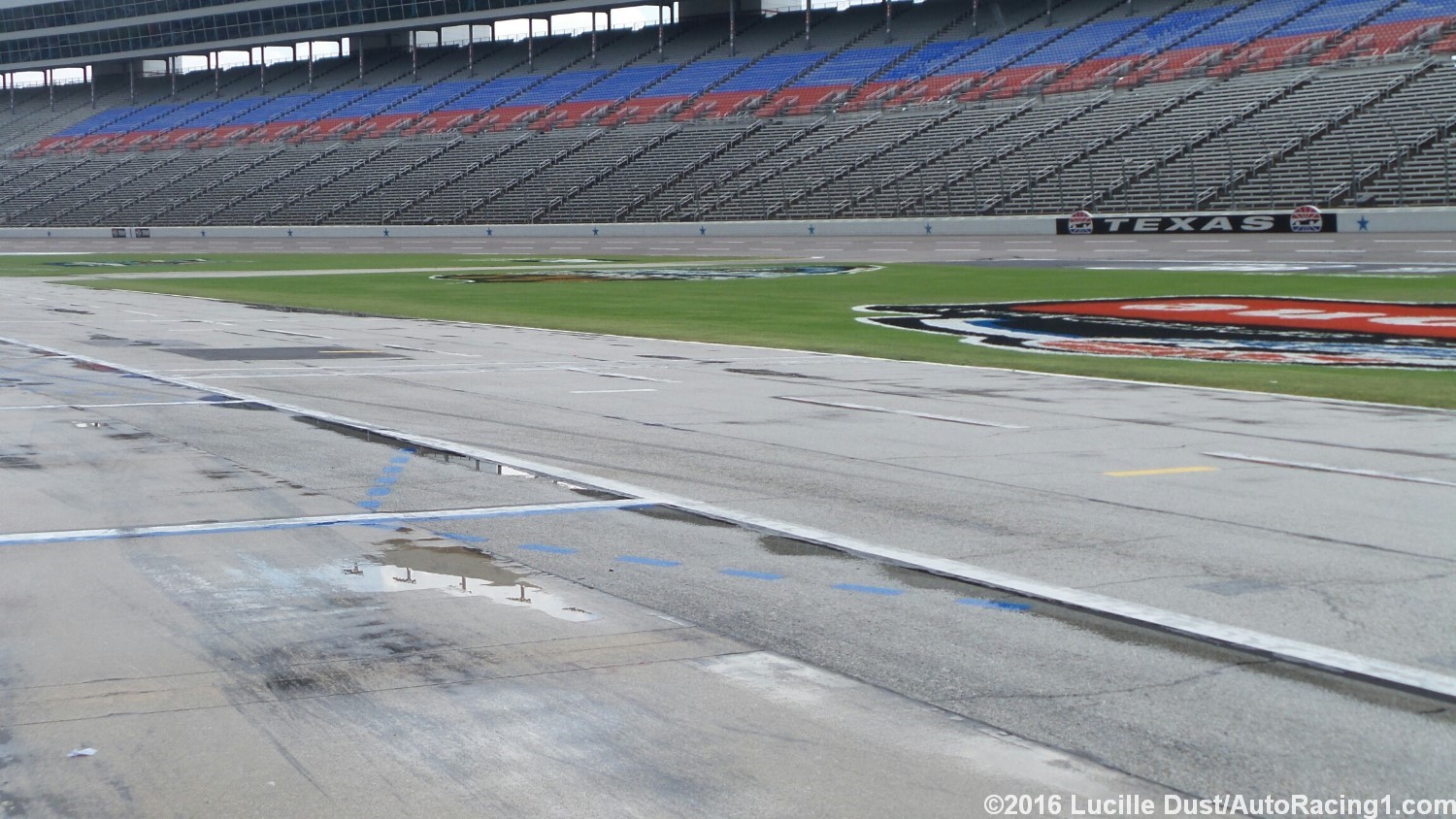 The Firestone 600 has been postponed until 1 PM Central, 2 PM Eastern Time Sunday after crews were unable to get the track completely dry after heavy rains earlier in the day saturated the ground and caused weepers on the track all night.

Weather conditions permitting, Carlos Munoz and his Andretti Autosport Honda will lead the field to the green flag at 2:15 p.m. EDT Sunday, with live television coverage on the NBC Sports Network. The air temperature is expected to be 91 degrees at race time with high humidity. We have to wonder if any fans will show up. On TV the race is up against the Canadian GP on NBC and NASCAR from Michigan, which will ensure a minuscule TV audience.

Scott Dixon and Sebastien Bourdias planned on taking Ganassi Air to Le Mans, France directly after the race this evening to be there for the big parade for the 24 hours of Le Mans. Obviously now they will miss it, but the race next weekend is what's important.

Their journey begins literally moments after the 248-lap IndyCar race, Dixon and fellow Le Mans driver Sebastien Bourdais will hurry to nearby Fort Worth Alliance Airport for a flight across the Atlantic Ocean. The fuel stop will be in Newfoundland.

Factor in a seven-hour time difference to the eight-hour flight and there won’t be much time before the required pre-event sign-in, which is at 4 p.m. local time. Dixon’s first chance to be on the track is Wednesday. The race is Saturday at 3 p.m. (9 a.m. ET).

Dixon has tested the car twice and raced in over three stints in the 12 Hours of Sebring (Fla.) in March, but he missed last weekend’s official test day due IndyCar’s Detroit doubleheader. His concern: Following the rules of the event, which are different than any used in U.S. racing.

"It’s such a big track so you’ve got three safety cars that run continuously when there’s a caution," Dixon said. "Then you have slow zones, an area that’s yellow and you have to use your second pit speed limitor, which is 80 kilometers, and you have to use that until you get to the restart, or the green zone. All those procedures are quite different.

"Through the last few years you’ve seen a few cars lose races over penalties in those situations. It’s not something we normally do, so you don’t want to ruin your team’s effort not understanding the (procedures)."

Bourdais not only is a veteran of the race, he was born in the racing village west of Paris and maintains a home there. Although Bourdais and Dixon will drive different Ganassi cars, Dixon plans to pepper him with questions on the flight, and Bourdais might even become the translator since Dixon’s daughters, who study in the French immersion program at the International School of Indiana, can’t go.