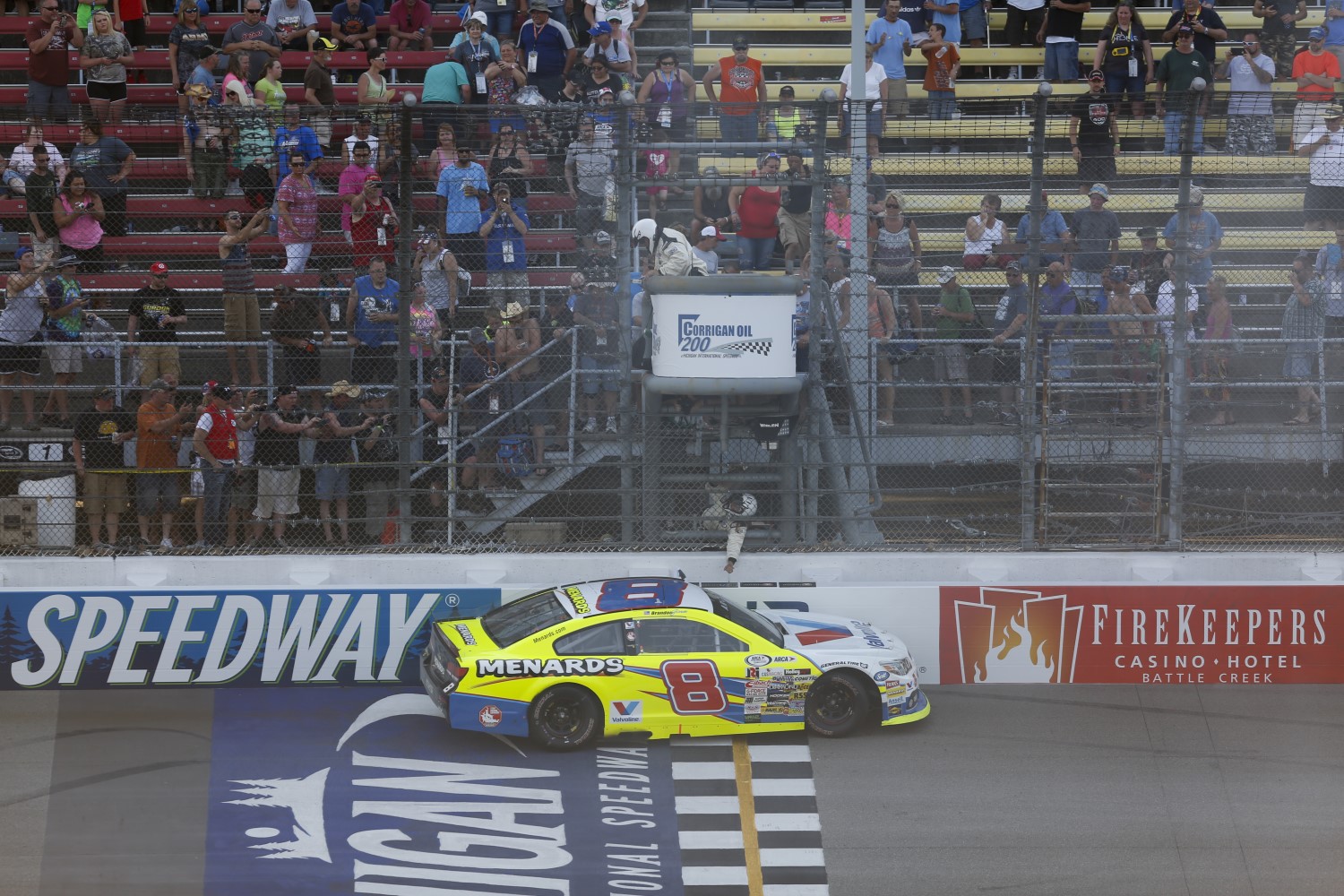 Chase Briscoe and Jones battled for the first 50 laps of the race. Each lead multiple times when Jones took the lead and showed his dominance, but that quickly evaporated when Myatt Snider wrecked on Lap 40. Snider paced the first two ARCA practice sessions, but was forced to start from the back when he wrecked in qualifying.

Jones took advantage of Briscoe, who stalled his car twice during green flag pit stops. Those few seconds made a big difference in the final result.

Kyle Weatherman also made things interesting when Jones and Briscoe went down pit road. As the laps wound down, Jones wondered if Weatherman had might the right call to stretch his fuel mileage. The gamble did not pay off, and Weatherman ran out of fuel with four laps to go allowing Jones and Briscoe to ultimately take the first two spots of the race.

Brandon Jones pitted with 22 laps to go to get four new tires. Chase Briscoe cruised down pit road with 21 laps to go.

“I kind of had some work to do at the end," Jones said. “I didn’t know if the No. 58 could make it there on fuel or not, but obviously they failed to do that and we came in on top," Jones said, drenched in Gatorade.

This is the third career win for Brandon Jones. Jones will be pulling double-duty this weekend as he races in the XFINITY Series Menards 250 presented by Valvoline on Saturday.

“I’m looking forward to getting to the next one!" Jones said.