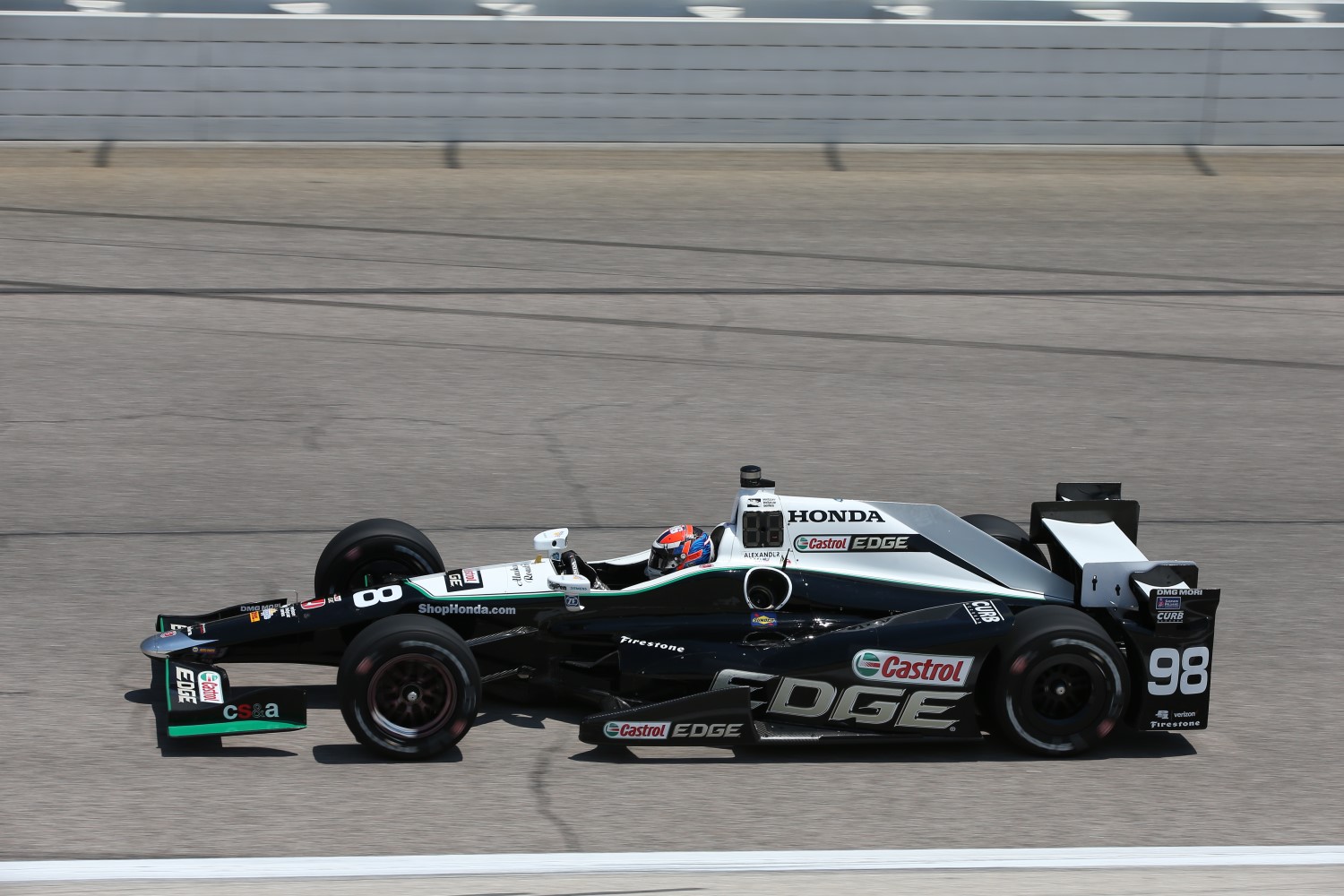 UPDATE I spoke with a team member on Graham Rahal's car and he said that is was a gearbox issue that slowed Graham this morning in practice. His car is moving into technical inspection as I write this. So he should make his qualifying run this afternoon.

Gabby Chaves is not going to be qualifying for the Firestone 600. The team is still working on repairing his number 19 entry for Dale Coyne Racing, after using the back half of Pippa Mann's car. But they are hopeful Chaves will make the night practice tonight.

06/10/16 Good morning from Fort Worth, Texas. It is a pleasant 82 degrees now but that will warm up to the mid 90s later today. We should have dry weather in spite of the flooding that is starting to subside further South in Texas.

A new livery was unveiled this morning for Alexander Rossi, the Indianapolis 500 winner. Castrol Edge is the new sponsor on Rossi's car.

There have been many winners at this fast track over the years that will be competing this weekend. Helio Castroneves has won four times, Scott Dixon has won twice, and Tony Kanaan, Will Power and Ed Carpenter have each once.

The cars will be running the same aero kits that were run at Indianapolis. Which means we will have domed skids and closed back pods.

I will update you more after the first practice this morning, which starts at 11 am.