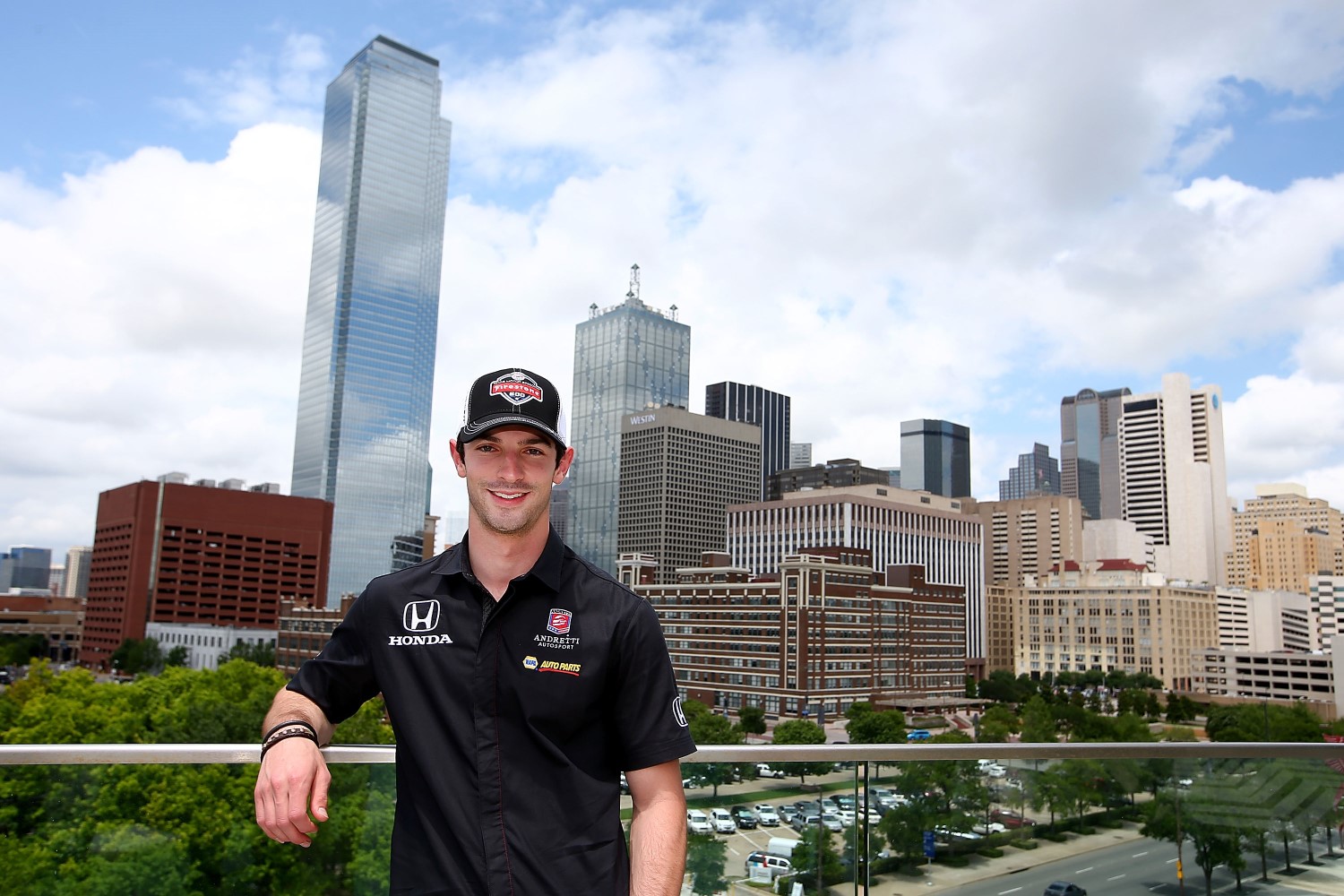 FORT WORTH — It was never Alexander Rossi's goal to win an Indy 500 writes Rick Gosselin of the Dallas News.

It was never his goal to dominate the American racing circuit.

NASCAR wasn't his thing. Neither were Indy cars. Rossi aspired to be the best in Formula One racing. Which is why, at the age of 18, he moved to Europe to race.

"It's just something I wanted to do since I was a kid," said Rossi, a native Californian. "The initial reason was the cars are faster." {much lighter and more nimble}

But a seven-year investment in open-wheel road racing didn't pay off. So he returned to the States in 2016 and, in a very short period, has become one of the biggest names in his sport.

That's what winning an Indy 500 will do for a driver — the first win for a rookie since Helio Castroneves in 2001 and the first for an American rookie since Louis Meyer in 1928. On Saturday, Rossi will be chasing victory No. 2 when the Indy cars converge at Texas Motor Speedway for the Firestone 600.

Andretti Autosport merged with Herta Autosport on Feb. 18 and planned to add a fourth car, the No. 98, to their new stable. Five days later, the Andretti-Herta team signed Rossi on as driver. The decision to leave Formula One for Indy cars was an easy one for Rossi.

"When you get an offer from Michael Andretti, that's not something you don't not do," Rossi said.

Rossi made his IndyCar debut on April 2 at the Grand Prix event in Phoenix. Not only was it the first time he would have ever driven an Indy car, it was the first time he had ever raced in an oval. The car was an adjustment from his Formula One rides. So was the track. He finished 14th.

"I mistakenly thought they would be just another racecar, that you'd drive them the same," he said. "But because of the downforce the Indy car creates, you approach things a little bit differently. Also, the Firestone tire. The working range is a lot bigger than any other tire I've driven on in the past. You actually have to relearn a few things, and that's what I've experienced in the first few races. The driving style is a lot different."

His education continued through races at Long Beach and Birmingham, Ala., where he again labored at the back of the grid. Then came his turning point as an IndyCar driver — the Angie's List Grand Prix of Indianapolis.

"It was a late deal coming together as the team plus the merger between Huerta Autosports and Andretti Autosports to create the 98 car," Rossi said. "There were some teething issues and we had to all figure out how to work together, the communication and such. But the Indy Grand Prix was really a turning point for us. We had pace, we were quick and we were competitive."

Two weeks later, in his next race, Rossi won the Indy 500 — just his second race on an oval. He was longer on confidence that day than he was on experience.

"We were in the top 10 [practice times] all week," Rossi said. "We should have had a shot at the pole. But a tactical mistake by not going out again at the end of the day when the track was cooler cost us that. But I knew we had a really fast racecar. I went in with the intention of winning. I didn't plan on winning like that. But I definitely went in there with the belief that we could do it."

The Firestone 600 will be just his third race on an oval and his ninth in an Indy car. Rossi is one of only four drivers on the Indy circuit to hold a Formula One license, along with Scott Dixon, Juan Pablo Montoya and Castroneves. Rossi also remains a test driver for Manor Racing on the Formula One circuit.

"There are parts about Formula One that I miss, absolutely, and there are parts of the Indy car that I absolutely love," Rossi said. "I like the competitiveness and how close-knit the IndyCar paddock is. Everyone is genuinely happy to be there, whether it's a driver or a team owner or [IndyCar] series personnel. Everyone has a smile on their face, and they're happy to go racing and be a part of it." Rick Gosselin/Dallas News