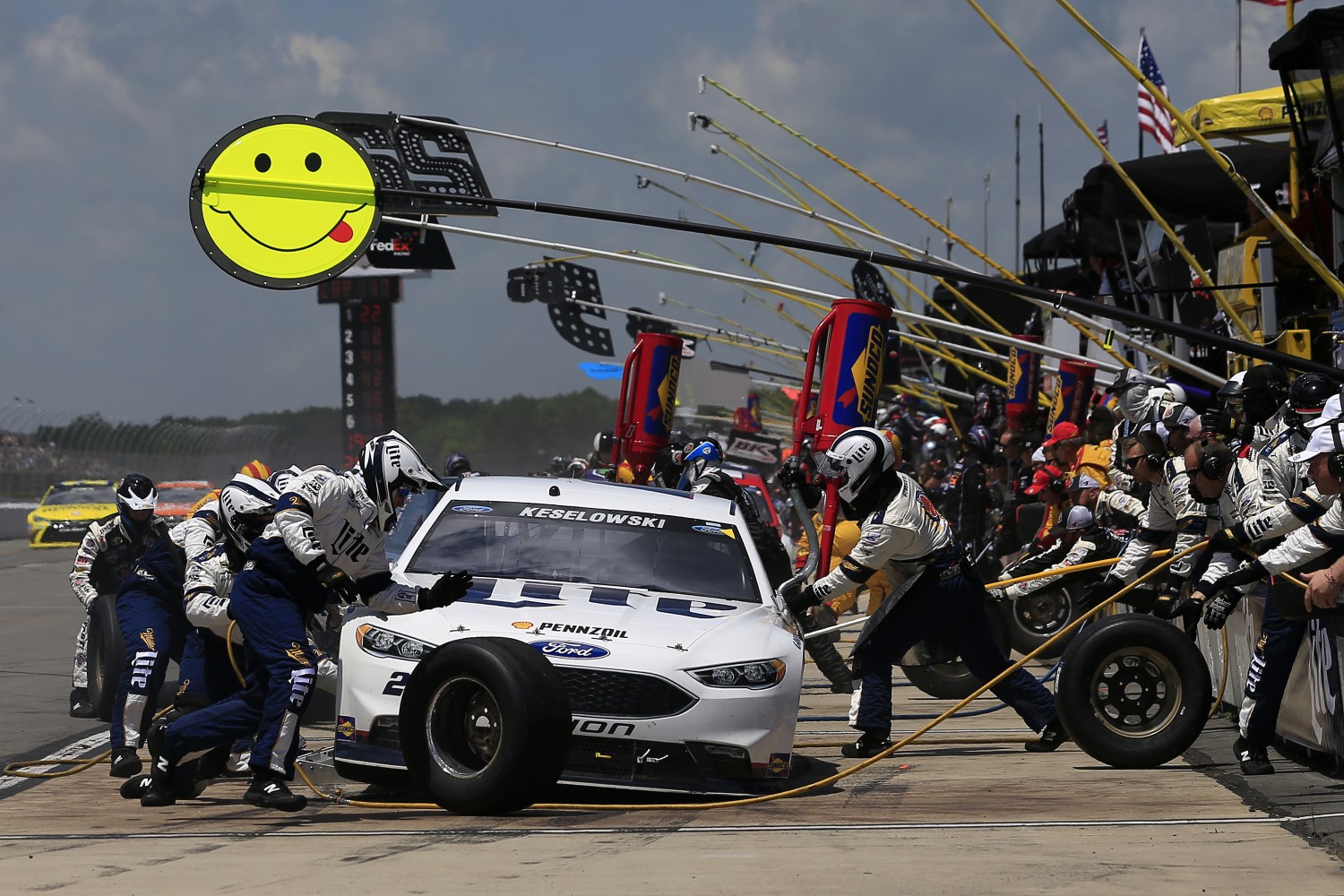 UPDATE A NASCAR official said the penalty to Brad Keselowski‘s team during Monday’s race at Pocono was “an in-race infraction" and that “we’ll move on."

NASCAR penalized Keselowski and his team on Lap 24 for unapproved body modifications after the jackman indented the side of the car before he removed the right rear wheel during a pit stop. NASCAR made Keselowski return to repair the damage. Keselowski also was required to pass through pit road when the green flag waved because the repairs were done under caution.

Asked on SiriusXM NASCAR Radio about the infraction and if Keselowski could face additional penalties, O’Donnell said:

“What we have told the teams is you’re not allowed to modify the body in terms of either by pulling out the side skirts, which we saw last year and made that very clear. Any team is going to look for an aero advantage. Lot of big people on pit road right now and when somebody throws what we perceive as a body check into the side of the car, that’s not something that is necessary to jack up the car.

“We’ve got our (Pit Road Officiating camera) system that reviews each one of the pit stops. For the most part, I think we’ve been able to curtail that. In this instance the 2 car was penalized for it but, again, we’ll move on, it’s an in-race infraction. They were penalized and then ultimately made a really good effort coming back through the field."

06/07/16 Brad Keselowski overcame an early-race NASCAR penalty and run-in on the track to contend for a win in Monday's Axalta 400 but NASCAR may not be done with his team just yet. Despite the penalty and catching the piece of an accident involving Jimmie Johnson on the track, Keselowski finished third.

However, after exiting his car and conducting a TV interview, NASCAR officials surrounded the car preventing the team from any further work. A NASCAR spokesman said the sanctioning body wanted to take a closer look at the area of concern before anything else was done to the car.

"I don't know what they saw so it is not really fair for me to say anything about that," Keselowski said after the race.

"I can tell you that every car I saw had some body modifications on it after pit stops out there today. I don't know if ours was more egregious or even if we had one. That is for the team guys to really answer." Motorsport