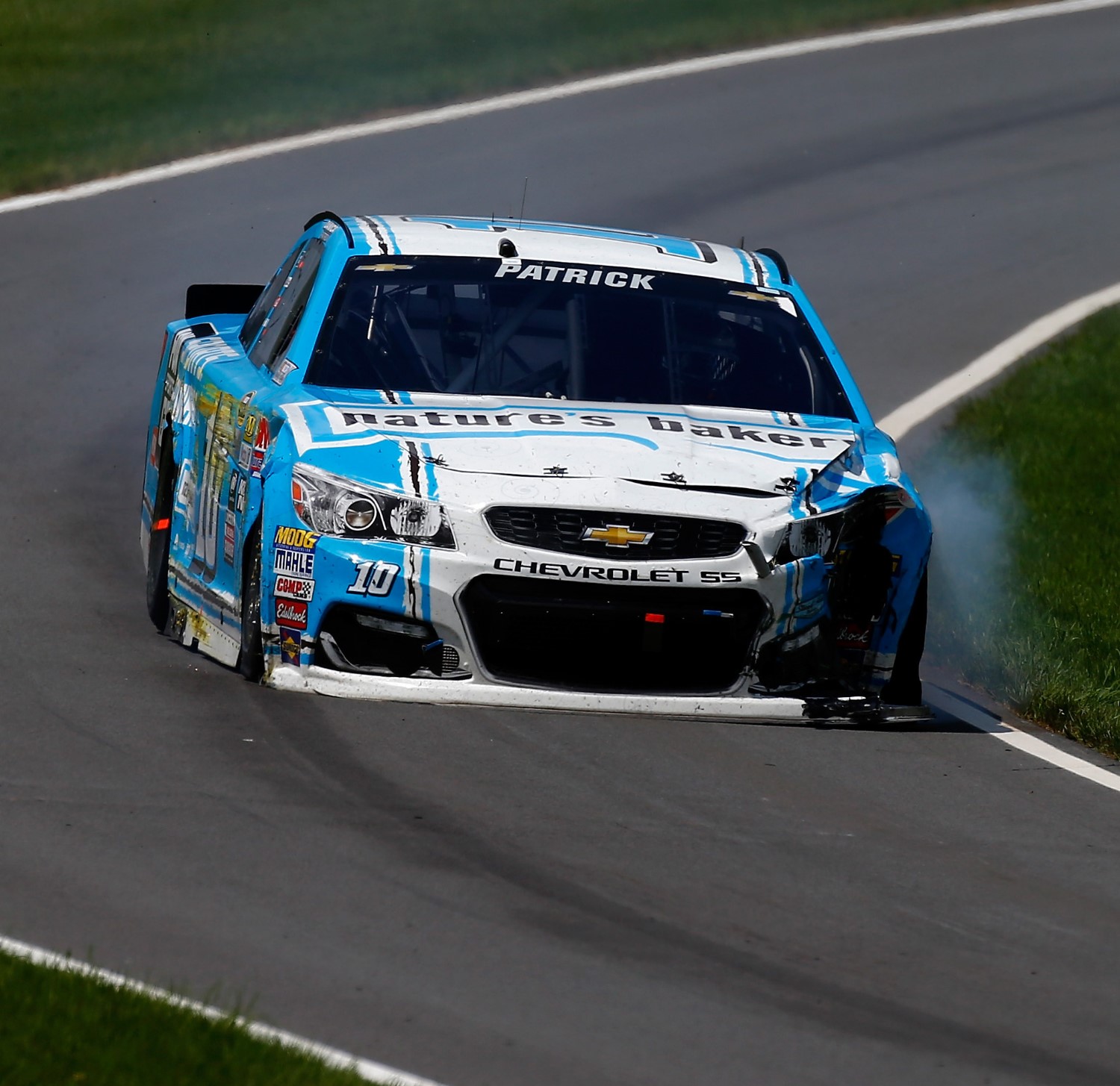 At Pocono Sunday, Tony Stewart was on pace to earn his best finish since coming back from an injury that sidelined him the first eight races of his final Sprint Cup Series season.

Coming to Pocono Raceway, Stewart qualified sixth, marking the first time he’s advanced to the final round in qualifying since his return at Richmond International Raceway in late April. Besides Ty Dillon’s sixth-place finish at Talladega Superspeedway, earned after replacing Stewart during the first caution, the No. 14 car has failed to earn a top 10 with “Smoke" at the controls.

However, Monday’s Axalta “We Paint Winners" 400 appeared to be Stewart’s day. Running in the top 10 for the first half of the race, the three-time Cup Series champion put his No. 14 car in prime position to contend. The veteran seemed comfortable with the setup and simply wound up biding his time.

However, on the Lap 92 restart, all that early success was put to a halt.

Stewart simply got loose coming off Turn 1, edging alongside Ricky Stenhouse, Jr. before flat out losing control. Just behind him was Stewart-Haas Racing teammate Danica Patrick, driving a car she claimed had lingering brake issues throughout the event. As Stewart’s car moved up the track, Patrick was right there, getting into her boss’ left-rear corner and sending both drivers into the outside wall.

Patrick was able to continue on momentarily but spent time inside the garage after the No. 10 crew recognized the car was not easily repairable. Stewart, for his part refused to speak to media following the accident, leaving the infield care center through the back door.

In four races this season (not including Talladega), Stewart has a best finish of 12th at Dover. Pocono will mark his third straight finish of 24th or worse.

NASCAR gave Stewart a Chase waiver, meaning if he can reach the top 30 in the standings and win a race, he will be postseason eligible. The driver still has a ways to go though before he reaches either of those marks; he sits 36th in the standings, 71 points behind 30th-place David Ragan. Joe Wolkin/Frontstretch