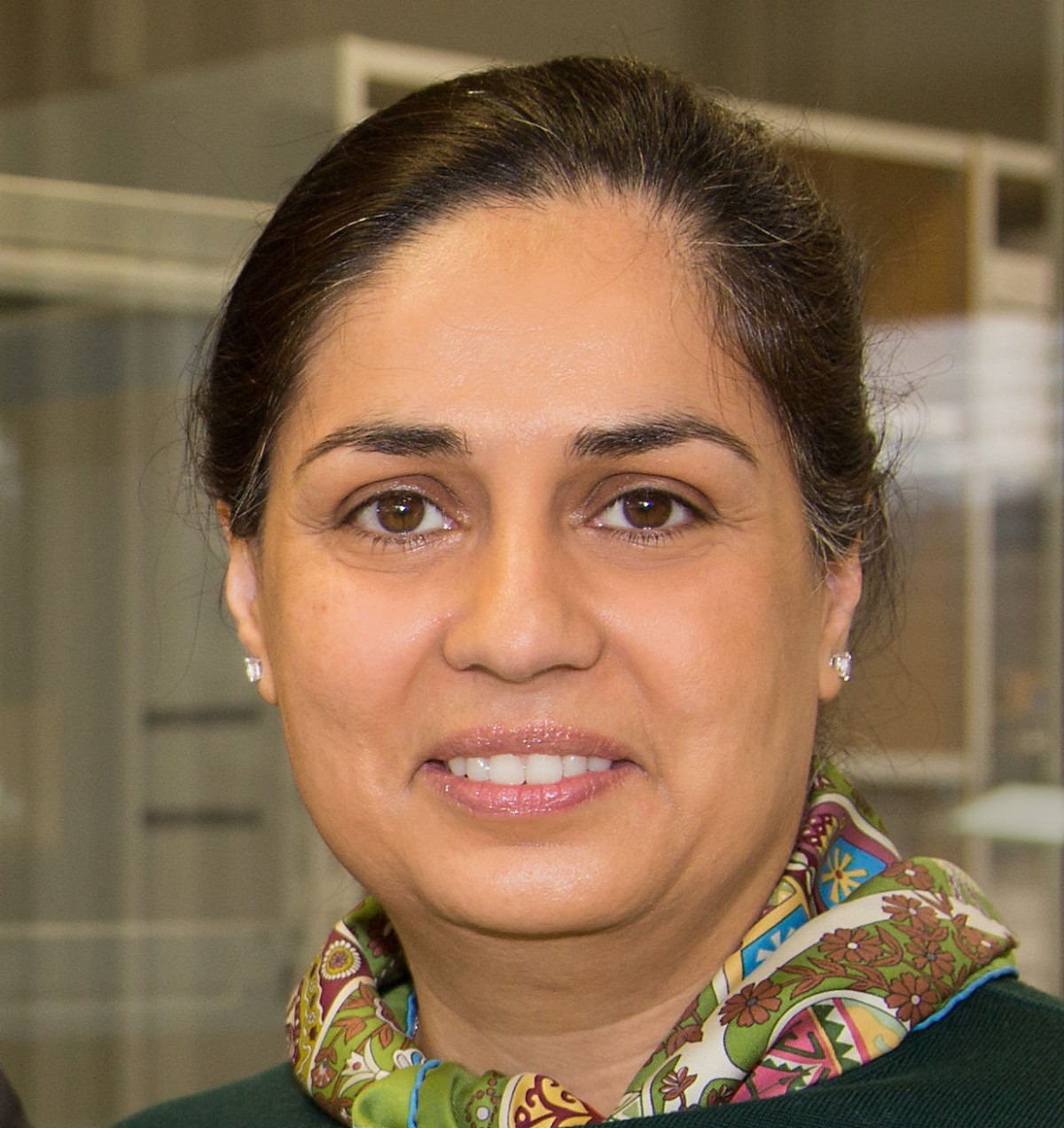 Sauber not willing to be next 'B' team
(GMM) Monisha Kaltenborn has played down "dramatic" media claims that Monaco recently was the low point in Sauber's long motor racing history.

"I see it not as dramatic," the struggling Swiss team's co-owner and boss said, amid obvious financial problems and the crash between teammates Felipe Nasr and Marcus Ericsson.

Kaltenborn had said the crash was "unacceptable" but that it had since been dealt with internally.

But she warned that even though Nasr and Ericsson's sponsors pay dearly for their cockpits, that does not mean they can behave as they like.

"Whether a pay driver or not, the interests of the team are always at the forefront and take precedence," Kaltenborn told the Swiss Sunday newspaper Sonntagsblick.

But the crash only highlighted the fact that, out of money and amid stalled car development, Nasr and Ericsson are yet to score a single point in 2016.

Asked if the F1 world is witnessing Sauber's slow death, Kaltenborn answered: "I don't think so, no.

"As a company we have two sides. One is the sport, which is where we are visible in the media, and we're not where we should be. The other side is commercial, and just like any other medium-sized Swiss company, we are not obligated to disclose everything.

"But in this part we have strengthened ourselves in recent years and expanded our business continuously. Yet the media speculation does not help us — in fact, it is the opposite," she said.

Asked, however, if Sauber's 300 staff have been paid their wages for May, Kaltenborn answered: "As before we will always find a solution.

"The delays are annoying, but even though there are delays, we have always paid."

The financial delays will also be annoying for the drivers, as it means their blue and yellow car is not being developed.

Asked if that explains why a frustrated Nasr and Ericsson collided in Monaco, Kaltenborn insisted: "No, it has nothing to do with it.

"But of course the situation is difficult and unsatisfactory for all the parties."

But F1's other struggling midfield team, Force India, has done a better job than Sauber in weathering the current storm, even powering Sergio Perez to the podium in Monaco.

"We have to be self critical," said Kaltenborn. "They have done a better job than us with developing the car. But they have a Mercedes drive train that is still dominant.

"We will still do a further development of our car, but it will not be a quantum leap. I'm sure though that we will get points. It will be difficult but it's not impossible."

Asked if, as team boss, she is responsible for the current situation, Kaltenborn said: "No. I know why we are in this situation, and how we will get out of it.

"It is difficult and stressful, but we will not hang our heads. It is clear that we need a new and strong partner, but we are holding talks in many directions."

What she does rule out is simply following the lead of the Haas team and becoming a 'B' outfit of an existing strong competitor.

"That is not an option for us," said Kaltenborn. "We are a team, but also a technology company with a lot of expertise and great infrastructure.

"Formula one must not be DTM with three major works teams — F1 thrives on diversity and the technological challenge."

Steiner hopes Haas tire gamble pays off
Haas team boss Guenther Steiner is hopeful that the outfit's decision to load up on Ultra Soft tires, and not select any Super Soft rubber, will ultimately pay off at this weekend's Canadian Grand Prix.

Formula 1 tire supplier Pirelli will bring its Ultra Soft (purple), Super Soft (red) and Soft (yellow) compounds to the Circuit Gilles Villeneuve, with an array of combinations up and down the field.

Haas and Renault are the only teams not to pick a set of Super Softs, but Haas has gone ultra-aggressive by taking 10 sets of Ultra Softs, with three sets of Softs completing its allocation.

Steiner admits that Haas has gambled with its own Montreal choices.

"We've never had the Ultra Soft in Canada," said Steiner.

"It just debuted in the last race at Monaco. We need to see how that tire works, specifically, in Canada.

"We only tested the Ultra Softs once before making the decision to use them in Canada, and that was [during pre-season testing] in Barcelona.

"We will see in Canada if we made the right decision.

"We know more about the Ultra Softs now after having used them in Monaco. We just need to do our best to make them work as best as possible."

Verstappen was the main attraction during a weekend of activities at Zandvoort, which hosted 30 Formula 1 Grands Prix, most recently in 1985.

Verstappen carried out a sequence of runs in the Red Bull RB8, which was used by Sebastian Vettel to take his third of four titles to date in 2012.

"This is special; it's great to see so many people here," Verstappen told GPUpdate.net.

Verstappen became the first Dutch driver in history to claim victory in Formula 1 when he emerged on top at last month's Spanish Grand Prix.

Verstappen holds sixth in the standings, having crashed out of the most recent race in Monaco.

Renault 'resets' ahead of Canadian GP
Renault's Racing Director Frederic Vasseur says the manufacturer has "reset" after a troubled Monaco Grand Prix weekend, in which both Kevin Magnussen and Jolyon Palmer crashed out of contention.

Magnussen and Palmer suffered a litany of incidents across the course of the event, with the Dane being hit by Daniil Kvyat before later going off at Mirabeau Haute, leading to his retirement.

Palmer slewed into the barriers along the pit straight in wet conditions, suffering a secondary impact, which will necessitate the use of a new chassis in Canada.

Renault has accumulated only six points in 2016, all courtesy of Magnussen in Russia, but the outfit has been encouraged by the progress made with its upgraded power unit, which was introduced in Monaco.

"The main positive is that the B-specification power unit is working well and gives us good potential for the future," said Vasseur.

"It's a strong valuable step in terms of performance, both in headline power figures and in drivability. It was completely reliable too, so we are happy with progress there.

"We approach each race on its own merits so everyone has reset after Monaco and we'll be looking for the best results possible.

"Both drivers will have the B specification power plant and we'll have some new parts to try on the cars too."

Palmer is yet to sample the upgraded power unit, after only Magnussen ran with it in Monaco, off the back of he and reserve driver Esteban Ocon conducting in-season testing in Spain.

Palmer gets new chassis for Canada
Renault driver Jolyon Palmer will take on a new chassis for the Canadian Grand Prix after causing significant damage to his car when he crashed out of the previous Monaco round.

Palmer lost control on the main straight as the race went green after starting behind the Safety Car, striking the wall on inside of the track before a secondary impact at Sainte Devote.

"The car hit the barriers quite hard at an oblique angle which damaged the front of the chassis and since we have a new chassis available it makes sense to introduce it," he explained.

"Fortunately, [chassis number] 04 was pretty far along on its build so we only needed to complete fuel cell installation and wiring for it to be ready for Canada."

Palmer says he now understands what went wrong in the incident.

"We went over the data and it looks like it was the lower grip as I crossed the white lines of the zebra crossing which meant my wheels span as I pushed to accelerate," he commented.

"The car was pitched sideways and I collected the barriers – it was just the wrong place at the wrong time.

"I had a bit of bruising on my feet so it was just my ego and the car that had to suffer."

Palmer had already switched to a new chassis in Spain amid balance struggles.

McLaren doesn't want to share Honda engine, Honda does
Honda chief Yusuke Hasegawa says it is "natural" that McLaren don’t want to share their engine supplier as the latter held talks with the FIA.

As of next season motorsport’s governing body can instruct the engine supplier with the fewest customers to supply a team that is without a power unit.

This new rule has not gone down well with McLaren.

The Woking team has spoken several teams about their desire to keep Honda to themselves, even putting an end to Honda’s talks with Red Bull Racing last season.

As a result of their stance, McLaren-Honda have reportedly held talks with the FIA about the new regulation.

Asked about the talks, Honda chief Yusuke Hasegawa told Autosport: “It was focused on the obligation and customer supply.

“It is natural they [McLaren] don’t want to divide our resource to other teams which I agree about.

“They don’t want to improve their rivals. Honda doesn’t want to have enforced obligation.

“But it is a regulation and we are happy to support this F1 activity."

But while Honda are "happy to support" the idea, McLaren are stedfast in their desire to keep their engine supplier to themselves.

Racing Director Eric Boullier said: “We are currently still discussing with the FIA about the outcome of this regulation, or, let’s say, this agreement between the FIA and the engine manufacturers.

“Most of it, we agree with. There are still a few clauses where we may still have discussion ongoing.

“We have our opinion, our position.

“We are obviously investing with Honda a lot in the sport, making sure there is a competitive fourth power unit manufacturer soon.

“That’s why we discuss and may, at some times, have some opinions that are a little bit different." Planet F1