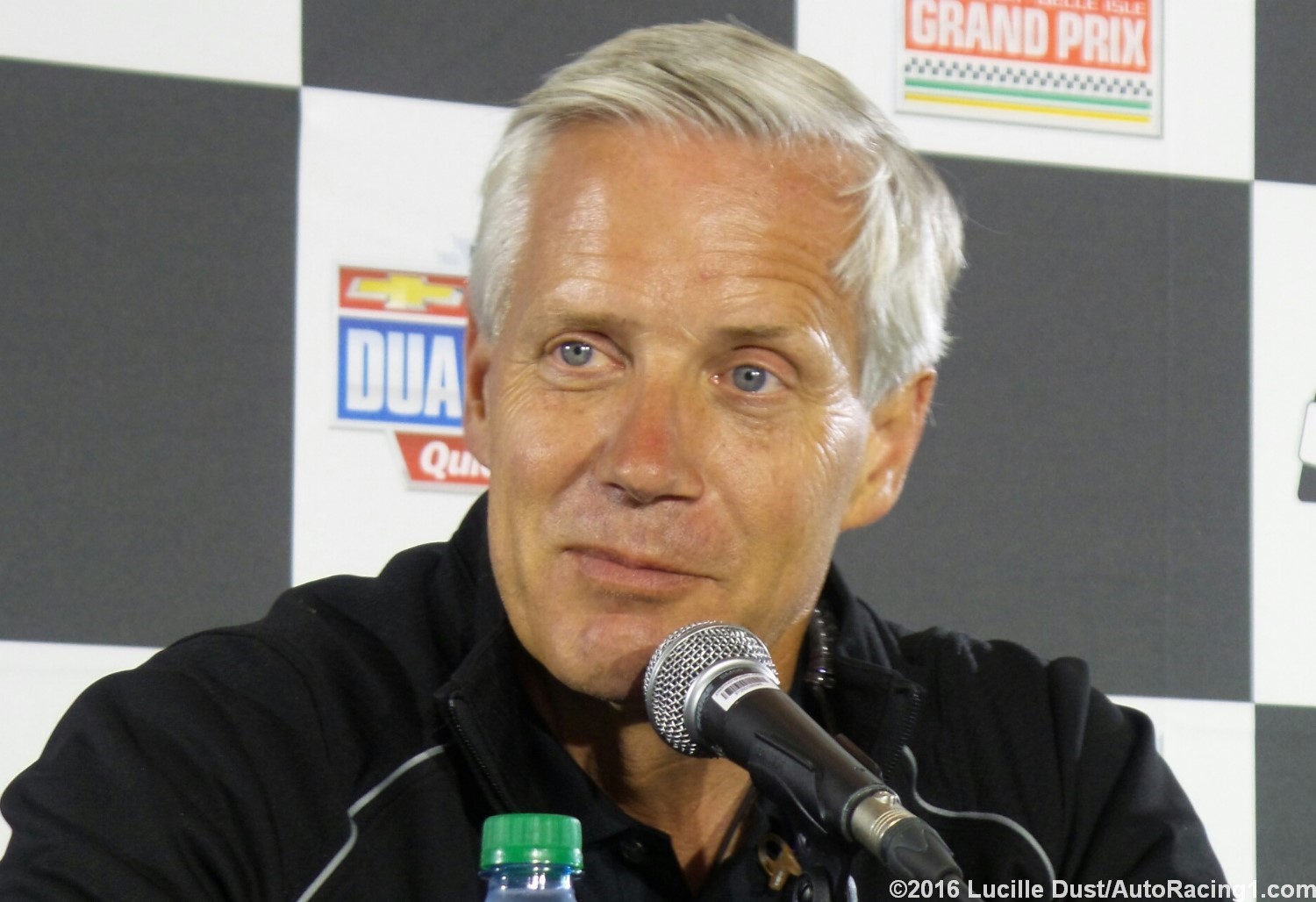 Attendance figures for this year's Chevrolet Dual in Detroit pleased Bud Denker and his race management committee. Friday's number was 25,000, and was a free day. Saturday's number was 40,000 and Sunday was 30,000. For a total of 95,000.

Bud Denker held a press conference after the Race 2. He was pleased with the attendance numbers and commented on Sunday's attendance, "We were probably 5 to 10 thousand light today because it rained everywhere else. My wife came to the track and brought a rain coat because it was raining so hard at home. So we had all this rain around us and we finally had this divine intervention where the clouds parted and we got a break. At one point of the day on Sunday, the command center was looking at some pretty terrible rain here. We were prepared to issue alert of impending storms but it hit the other side of our island and did not hit us! It was amazing."

"The grandstands looked reasonably filled, the sponsor tents were sold out. And we had a great crowd. We have 1,150 volunteers help out for the event. I am so proud of our volunteers. We had 74 sponsor companies were involved this year. Great to have General Motors involvement. This event is a great success."

"This year we had a lot more kids activities in the Meijer Fan Zone. And we really focused on that. We also had a nice beer garden for the first time and it was packed all the time. So we had a different kind of demographic this year in terms of age."

"We have reached an agreement with IndyCar that we recently extended. We will have the Dual in Detroit next year. The dates will be June 2-4, 2017."

Beyond street improvements, they have invested millions of dollars in improving the infrastructure of Belle Isle, like sewerage drains, pumping off water and fixing pipes and foundations. Lucille Dust reporting from Detroit for AR1.com