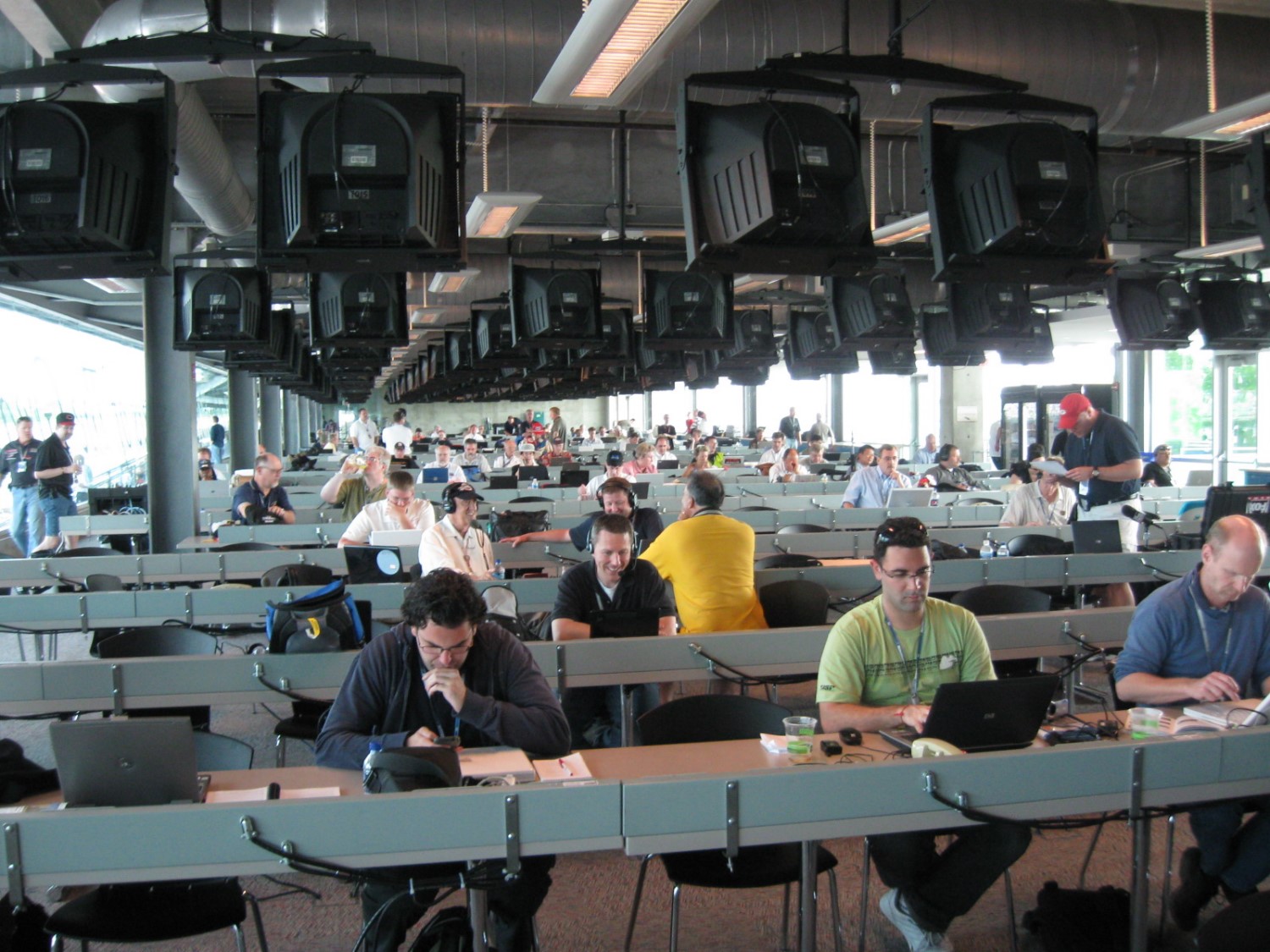 The 100th running of the Indianapolis 500 is in the books. Some memories of the milestone event–for better or worse–won't fade anytime soon writes Anthony Schoettle of IBJ.com.

On the upside, Indianapolis Motor Speedway President Doug Boles said merchandise sales were at an all-time high, with strong response for items commemorating the 100th running and driver-specific wares.

Although Boles declined to disclose specific sales figures, he said this year's take was triple the previous record set in 2011 and quadruple what sales were last year. This marks the third year that Legends Hospitality, with offices in New Jersey and Los Angeles, has handled merchandise sales.

Several IMS merchandise stands I visited either during or right after the race looked like the victims of a Christmas Eve stampede. Workers were doing the best they could to pull desired items out of the stockrooms, but the showrooms looked ravaged.

It's still not clear if or for how long highly desired items–including 100th anniversary items–will be available online, Boles said.

Sales for concessions, which are handled by Chicago-based Levy Restaurants, were still being calculated, Boles said Tuesday. But he was optimistic those tallies also would be way up from last year–and possibly at record levels. As part of the $92 million Project 100 renovation, IMS doubled the number of concession stands–to about 1,100–at the massive venue.

While racegoers complained that some concession stands were out of certain items even before the green flag dropped, my very unscientific race day survey found that most of the concession stands from the fourth turn to the first turn were fairly well stocked, at least in the early stages of Sunday's race.

While the concession stands seemed to be handling the largest race-day crowd in at least 20 years, the Speedway's bathrooms were not. First, to clarify something I wrote in The Score on May 12, the urinal troughs in many of the men's bathrooms are unfortunately alive and well.

And the bathrooms' plumbing was taxed to say the least. My wife–who owns four tickets near Turn 1 costing $125 each–reported that every single toilet in the bathroom she visited mid-race was stopped up and not flushing. The urinal troughs remained functional, but the stalls in the men's room I visited were barely functional by mid-race. One of my friends sitting in the $205 seats the level above where my wife sits reported the plumbing up there was no better, with clogged toilets and extremely low water pressure.

Boles said he was largely "pleased operationally" at the way the track performed Sunday. But he added: "There are always problems when you bring in a crowd the size of the population of South Bend and Fort Wayne. We have 9,000 restroom fixtures. It's a monumental task to maintain them."

Back to the upside, Boles said the new Hulman Terrace Club area was received "better than expected." Boles said there already was a waiting list of 300 for those seats–which sell for $1,750 and include all races at the track in a calendar year.

The temporary Turn 1 suites were also a big hit.

"Those suites got unbelievable reviews," Boles said. "They offered a very unique, never-before-experienced perspective. We may continue having suites there in some form."

Those Turn 1 suites weren't nearly so popular in the paddock seating area, where fans complained they blocked their view of part of the short shoot and Turn 2.

While the new video screens placed around the track were well received, I heard a number of complaints from those sitting under cover that their view of the big screens was blocked by overhead beams or other obstructions.

Media members covering any sporting event are never shy about complaining. So why should Sunday have been any different? More than a few media members I talked to were upset that parking in media-designated areas including Lot 2 just west of the track, was difficult if not impossible to access after 7 a.m. on race day.

"They're trying to get increased media exposure for this race and this series, and to not have proper access to parking for media members on race day is very bad," said Derek Daly, a former racer who now covers the event for WISH-TV Channel 8. "A lot of media members were very upset about the parking."

But the big talk in the media room, which is located immediately north of the Pagoda, was the future of the media room itself. For those who have never been in the media center, trust me, it offers a nice elevated view with long, tall windows on the west and east sides.

The view is so nice that Speedway officials have discussed converting the area for corporate hospitality. It was used that way during last year's Rolling Stones concert and got rave reviews.

"We went so far as to have a rendering made and a budget," Boles said of the conversion.

But one small problem kept cropping up during discussions of the idea. What to do with the media?

"I'm a [public relations] guy at heart," said Boles, who formerly handled communications for several motorsports-related operations and the IMS before being elevated to president.

"If we do that we have to make sure we have a proper media center, and we haven't determined where that new media center will be."

Boles said providing media members with a bird's-eye view of the track is as critical as offering top-notch hospitality space. Still, some IMS officials are pushing for the conversion.

"I wouldn't be surprised if at some point we revisit that," Boles said. Anthony Schoettle/IBJ.com