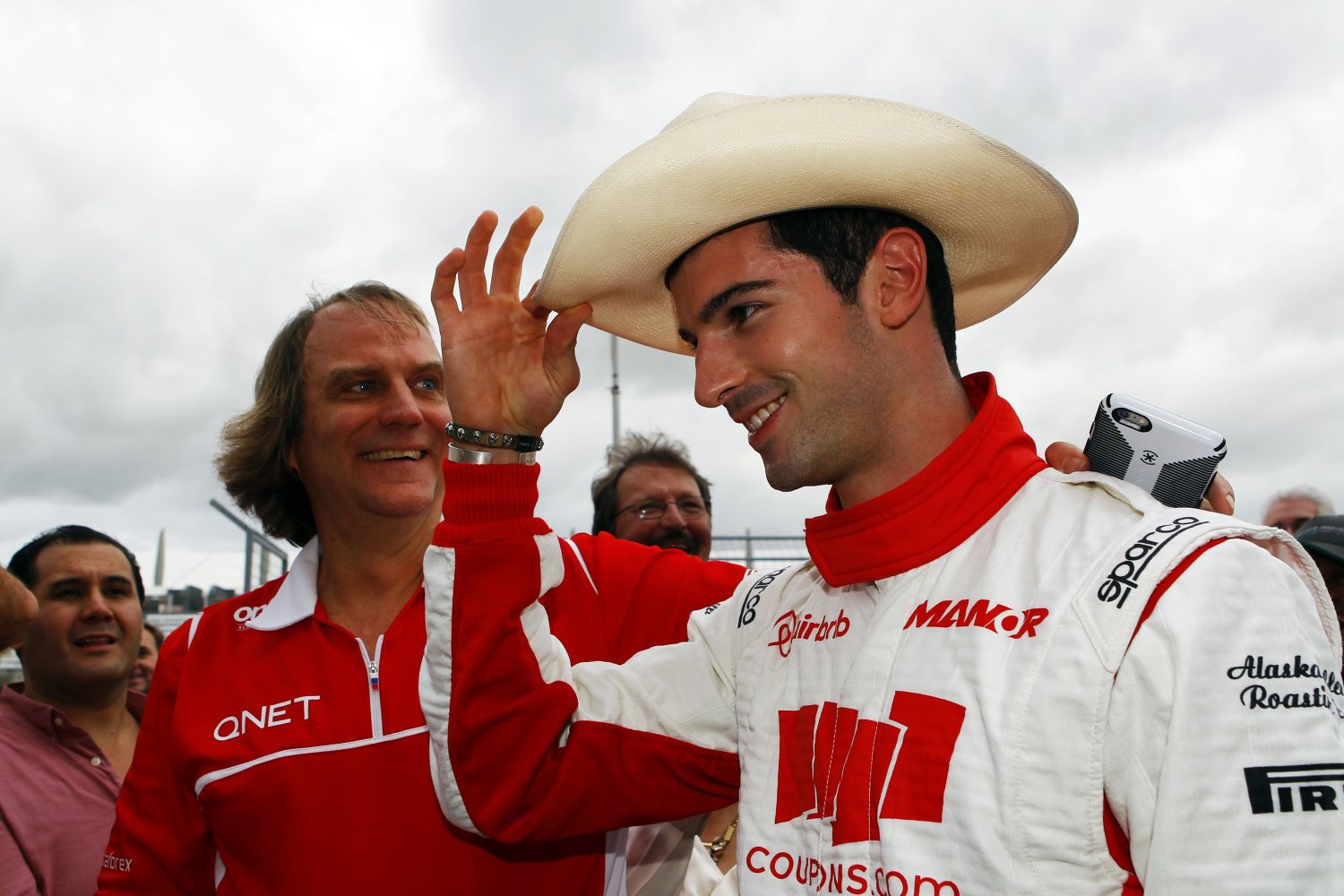 Many IndyCar fans were taken by surprise over the weekend when a 24-year old Californian rookie took the checkered flag at the hundredth running of the Indy 500 on an empty tank of gas. But the name had a familiar ring to it for anyone who's been keeping an eye on Formula 1 (or any of COTA's social media gushing) over the past few years.

Alexander Rossi is no stranger to Circuit of the Americas (COTA). Rossi was the first professional driver to ever hit the pavement here, driving Turn 16 to Turn 1 when the Circuit was still under construction. Since then, he's been a fixture at COTA, participating in multiple Twitter Q&As, meet and greets and COTA's annual Fan Forum. That relationship was turned up a notch in 2015.

After flirting with a full-time F1 seat with Caterham and Marussia, Rossi was tapped to start five races during the 2015 Formula 1 season as reserve driver for the rebranded Manor Marussia F1 Team. One of those five races included COTA's very own USGP. Rossi drove exceptionally well in wet conditions at COTA, ultimately finishing P12, his best of the season. It was truly a special moment for American F1 fans: the very first time an American competed in a USGP at COTA, the first American driving on home turf since Scott Speed at Indy in 2007 and a shining example that the US is a serious contender in the Formula 1 landscape.

What's next for the newly crowned Indy 500 champ? He'll continue driving for IndyCar's Andretti Autosport this season, and he's still on the payroll at Manor as a reserve driver. Here's hoping we see him right back in the cockpit of a Formula 1 car at COTA this October! COTA PR