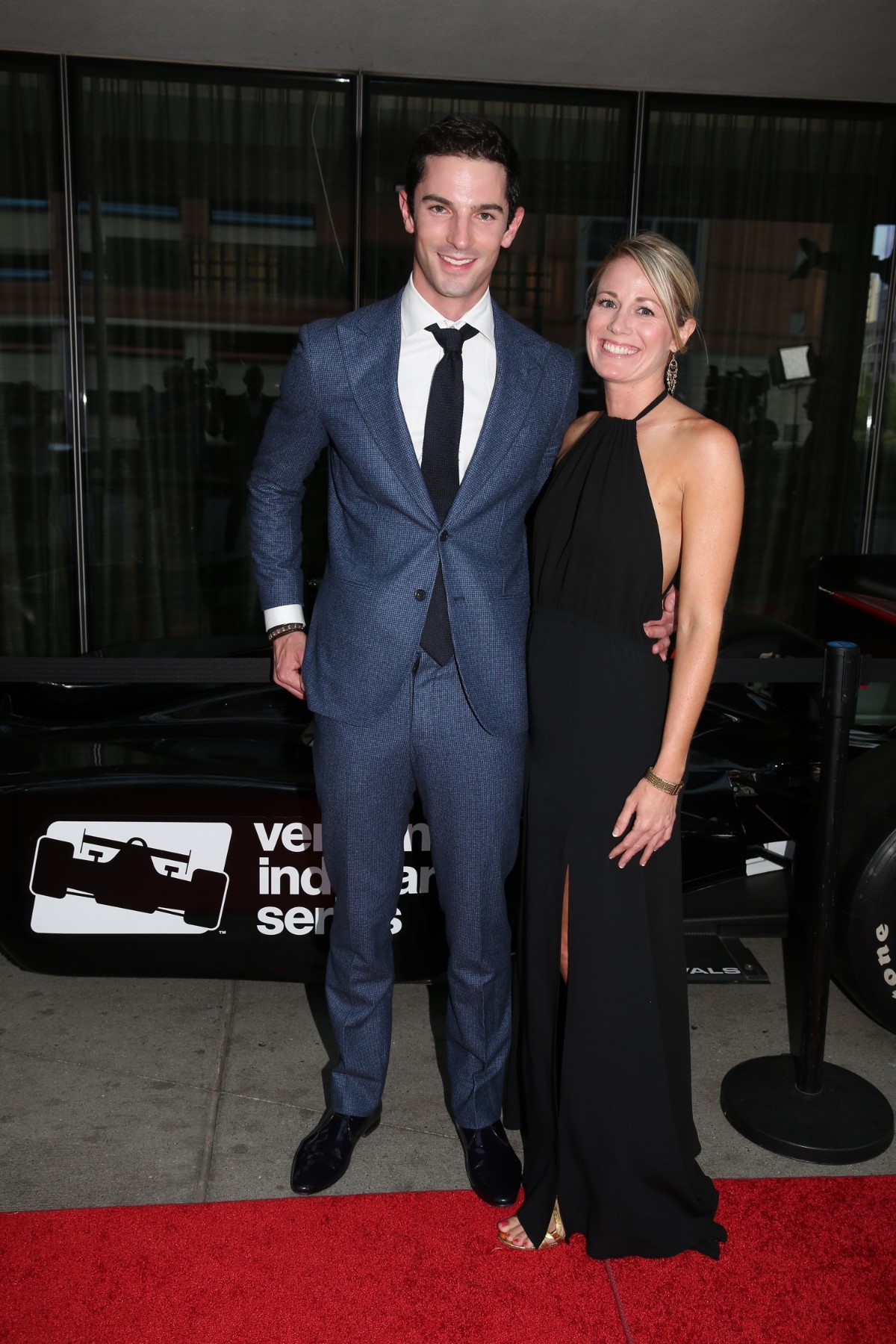 One of the last drivers expected to win the Indianapolis 500 drank the milk after his team made a smart call on strategy. While racing fans know Alexander Rossi from Formula One, he didn't make huge waves running with backmarker teams. Now that he's won the Indy 500, that could change. Here's why we should all stand up and take notice of this guy writes Stef Schrader of Jalopnik

Who Is Alexander Rossi?

For most of his life, California-born racer Alexander Rossi has been aiming for Formula One, competing in all the right single-seater series to make it happen. Rossi started racing in karts, becoming an International Kart Federation Grand National Triple Champion in 2005. He was a semi-finalist in the Red Bull Formula One American Drivers Search that year, per the New York Times, finishing in the top five out of 2,000 American candidates. That was over a decade ago, and he's only honed his racecraft since then.

At age 14, Rossi became the youngest winner in the history of the Skip Barber National Championship. He moved into Formula BMW, where a 2008 world championship earned him a 2009 test with the BMW Sauber F1 team. This test earned Rossi the superlicense needed to compete in F1.

From there, he moved into all of the usual F1 feeder series. In 2014, Rossi claimed second place in the GP2 championship.

Meanwhile, he was making in-roads on his goal to race in Formula One. He started testing with Caterham in 2010 and 2011, which led to Rossi being named Caterham's official F1 reserve driver in 2012, 2013 and 2014. For the latter half of 2014, he became one of the Marussia reserve drivers. In 2015, he finally got his Formula One race debut with Manor Marussia, the team that was Marussia and became just Manor for this year.

In this day and age of funding being so necessary just to get in the door for Formula One, it's not quite fair to call Rossi an F1 reject. After all, he's still a reserve driver for the Manor team, having lost out on a full-season drive with Manor to Rio Haryanto's oodles of Indonesian state oil company funding.

The fact that Manor was impressed enough by Rossi's involvement to keep him as a reserve driver anyway this year speaks volumes of the job he did in his short time racing for Manor Marussia.

Rossi's 11th place starting position for the Indy 500 didn't accurately reflect the speed he showed in practice, but his team opted for a more conservative setup than what he needed in qualifying. During the race, though, Rossi quietly, consistently kept plugging away fast laps near the front of the field.

Most cars were able to get 31 laps for green-flag race time on one tank of fuel, according to BangShift, but Rossi pulled out 36 laps on his run to the finish, with only a couple of those laps being under slower yellow flag conditions.

Rossi told IndyCar that the call from his team to save fuel had come just after the halfway point of the race with 90 laps to go. The team had difficulty fueling Rossi's No. 98 Andretti Herta Autosport with Curb-Agajanian car that set them behind, so they opted to stretch Rossi's fuel to minimize time spent refueling in the pits.

Another factor that may have helped Rossi conserve fuel could have been his mid-pack running position, BangShift notes. Breaking through clean air in the front requires more fuel than being behind other cars you can draft behind.

Most Indy 500 races in the past decade or so have had a late-race caution that would have given an easy opportunity for the front-runners to come in and pit for fuel, but not this time. The top two cars of Josef Newgarden and Carlos MuÃ±oz were running a more conservative race strategy based on that knowledge and pitted late for fuel. Rossi simply didn't need to and stayed out for the win.

It was these consistently quick, but miserly laps that got Rossi the win – something that should attract a look from any number of top-level racing series, from F1 to endurance racing. He's proven yet again that he's willing to take direction from a team, and give them good feedback on setting up a car to perform well in return.

Rossi's car sputtered in his final lap, posting an average lap speed 40 mph below his full race pace, per Racer. That 178 mph last lap was good enough, though, and proof that the clever strategy of Rossi's entire team had worked.

The Indianapolis 500 is a double-points race for IndyCar as well, which moves Rossi into sixth place in the season championship. The No. 98 team seems to improve every time Rossi gets in the car, so he could very well be in contention for a season championship at the end of the year as well.

Rossi became the first Indy 500 rookie to win the race since Helio Castroneves in 2001, but one look at his extensive background in open-wheel racing gives away that he's not your average Indy rookie.

Rossi's decision to head into IndyCar while staying in the F1 reserve role was a smart one, though, and not just because he ended up winning the Indy 500.

Seat time given to F1 reserve drivers isn't exactly plentiful. Continuing to race in IndyCar allows Rossi to keep his skills sharp, especially given that IndyCar's conservative teams tend to keep highly experienced drivers in their cars whenever possible.

Before the race, Rossi explained to the media that he's actually learning quite a lot from those experienced drivers.

"In IndyCar, drivers want to help you," he explained, noting that F1 drivers almost never share information on how to drive with each other. Car setup information, sure, but never driving tips. Rossi's prior experience helping set up formula cars has helped him settle into IndyCar as well.

His fellow Indy racers' advice seems to have paid off. Despite the teething issues the team is dealing with from his No. 98 car being the one brought over when Bryan Herta Autosport merged into Andretti Autosport for this year, the team absolutely nailed the strategy during the race, and Rossi had the consistent driving to make it work.

Although Rossi will compete in IndyCar all year with Manor's full blessing, he mentioned ahead of the season that his focus is still on landing a full-season F1 drive. He's got a pretty good chance of that now.

Winning one of the biggest motorsports events in the world is certainly a career boost. Take a look at Nico Hulkenberg, whose 24 Hours of Le Mans win last year with Porsche made him a hot commodity in F1 overnight. Hulkenberg seemed more confident after he returned to F1, and Force India opted to extend their contract for Hulkenberg to continue driving for them a few months later.

Rossi's win immediately set off murmurs in the press room about how a Formula One team would be insane not to scoop him up for a full-season drive. He's already raced there, and continues to test for Manor. Likewise, his No. 98 Andretti Herta Autosport with Curb-Agajanian IndyCar team would be insane to let him go that easily, too.

At only 24, Rossi has a long career ahead of him. With one leg of the triple crown of motorsport won, he's got good things to look forward to. Stef Schrader/blackflag/Jalopnik