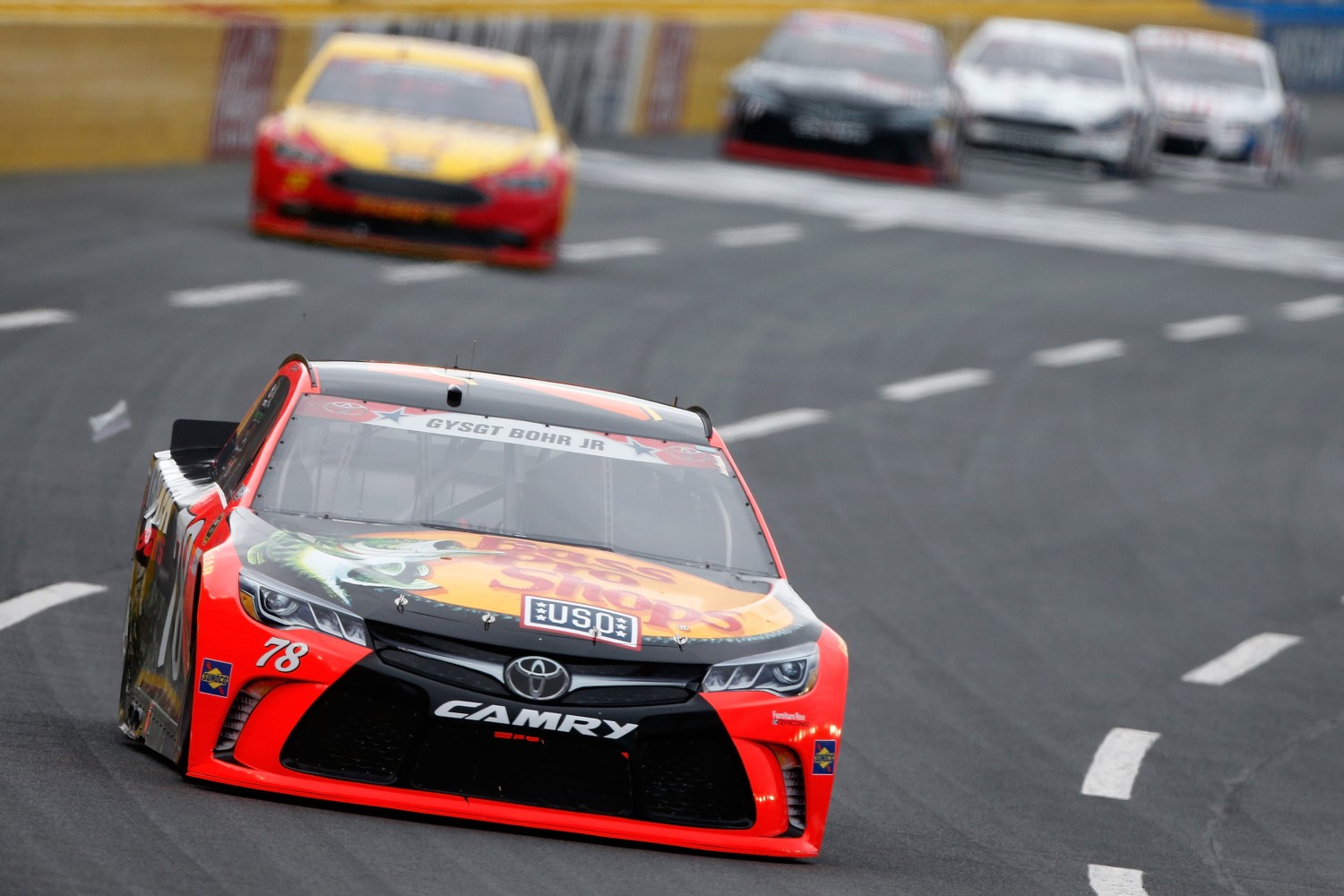 Oh, Toyota. What a difference a year makes.

It was May 31, 2015 at Dover, and every Camry in the Sprint Cup race seemed plagued by bad luck. Only one driver running for the manufacturer, Clint Bowyer, posted a top-10 finish at the Monster Mile, running for a Michael Waltrip Racing team that in mere months would cease to exist. Joe Gibbs Racing, fresh off a victory in the Coca-Cola 600 with Carl Edwards, didn’t have a single car finish inside the top 15. Edwards was best, coming home 19th, while Kyle Busch wrecked, Denny Hamlin had a myriad of issues and Matt Kenseth found himself felled by a broken suspension.

Jimmie Johnson wound up victorious that day, the six-time champion looking like a heavy favorite to earn number seven that year with Hendrick Motorsports. He had four victories in 13 races, leaving him third in points and 76 off the pace of pseudo-teammate Kevin Harvick.

Harvick, in the midst of one of the better seasons in NASCAR’s modern era, held a 44-point lead over his fellow Chevy competitor Martin Truex, Jr. That trio seemed head and shoulders above everyone else.

Toyota? They didn’t have a single car sitting inside the top 10 in points. Engine failures, pit road problems and growing pains (Edwards with a new JGR team) dominated the headlines for a manufacturer that continued to fall a step short of lasting success.

Fast forward to now, two days after the most dominant Coca-Cola 600 victory in history, and it’s hard to imagine those tough times for Toyota. A manufacturer that — at that point in 2015 had never won a championship — wound up earning the hardware by November with Kyle Busch. Along the way, they caught fire shortly after that Dover disaster, winning 11 of the final 23 races, more than any other manufacturer which included their first NASCAR winner’s trophy at Indianapolis.

Some wondered if Toyota could carry that momentum over into 2016. Their “B" team, the aforementioned MWR, closed down and was replaced by both Truex and the single-carFurniture Row Racing. HMS, Harvick and Ford’s Team Penske had retooled in the offseason; all teams were facing a set of new rules that would conceivably wipe out 2015 advantages.

So yeah, Toyota seemed destined to slide back to earth a bit. Instead? They’ve promptly sped toward another planet.

February’s Daytona 500 often saw Camrys run 1-2-3-4-5 through the field. The four JGR cars and Truex were combining for the type of ballet-style teamwork you want in restrictor plate races. Hamlin won that one, the start of some crown jewel thievery, where Toyota’s JGR/FRR alliance have won big races at Bristol, Texas and Charlotte among others.

After Truex’s dominating performance this Sunday, all five of them have won at least once, finding themselves locked into the Chase and holding an early testing advantage over the field. As a whole, Toyotas have won eight of 13 races, own five of the top 11 spots in the standings and are 1-3-4-5 in laps led.

While Harvick leads the standings, teammate Kurt Busch sits second and Johnson third, those Chevys are an afterthought these days to a Toyota onslaught that shows no signs of stopping.

“I think we were validated as soon as we started leading laps this year," FRR owner Barney Visser said on switching manufacturers this season. His team, the No. 78, has now led 809 laps after Charlotte, tops on the Cup circuit. “Martin [Truex Jr.] is very familiar with Toyota, and Gibbs, those guys have just been a dream for our guys to work with. Like I said before, none of this happens without Toyota’s support and Joe Gibbs’ support."

JGR’s hot streak extends down into the XFINITY Series. Over there, JGR Toyotas have won seven of 11 races, Kyle Busch has led a whopping 819 laps and Erik Jones is the only series regular to win more than once. Jones, who turned 20 years old on Memorial Day, is expected to move up to Sprint Cup next season, and may be the best prospect in the “minors" right now.

How about the Truck Series? Keyword: dominance. Matt Crafton’s Toyota has won two straight races, leads the point standings and the manufacturer has won four races in a row. Promising rookie William Byron, just 18 years old, has already won and seems poised to follow in the footsteps of reigning champion Jones at Kyle Busch Motorsports.

If there’s any silver lining for Chevy and Ford, it’s that no one could have seen this coming a year ago. It proves early slumps by teams like Dale Earnhardt, Jr.’s, Kasey Kahne’s and others under the HMS umbrella still have time to turn themselves around.

But they better get going, and quickly. The Toyota bullet train left the station a year ago, and it clearly shows no signs of stopping. Tom Bowles/Frontstretch