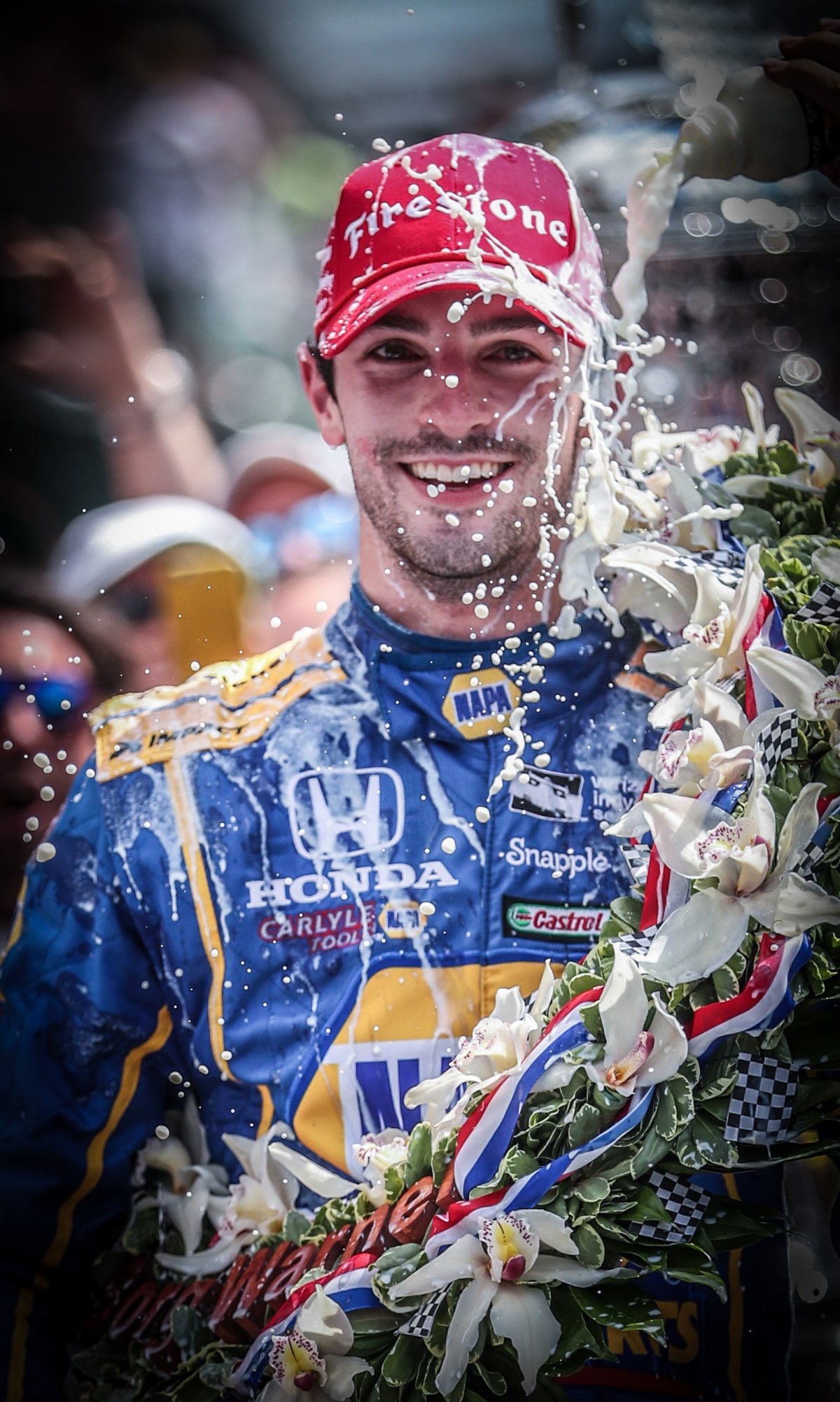 Alexander Rossi found his opportunity, and he milked it.

Now IndyCar has a similar chance. It doesn't have 100 years this time writes Brant James of USA Today.

In winning the Indianapolis 500 in his first attempt, in his second race on an oval, stretching fuel to a ludicrous 36 laps, slathered in colors and a sponsor logo long synonymous with NASCAR, the 24-year-old Californian and erstwhile Formula 1 driver finished a memorable month by winning a historic 100th running of the Indianapolis 500.

Or maybe he started what comes after.

The unproved theory that young American drivers are the cure-all for open-wheel racing will again be applied again to this. The one-time "hot, young, American F1 prospect," as described by team co-owner Michael Andretti, now become the next domestic IndyCar salvation. It didn't translate when Sam Hornish Jr. won three championships and the Indianapolis 500 a decade ago. Nor did it when Rossi teammate Ryan Hunter-Reay won the 2012 championship and this race in 2014. But neither Hornish Jr. nor Hunter-Reay had this type of platform, a sellout crowd hinted at by track officials in the range of 350,000 and a nostalgic flourish surrounding the 100th installment of the American classic.

"It's obviously a huge honor and privilege, something I'm going to carry with a great sense of responsibility," Rossi said. "We need to really push this forward. It was an incredible event for the hundredth running of the Indy 500. We need to do everything in our power to continue the momentum forward, make it even bigger next year."

Track president Doug Boles watched the final 20 laps of the race in The Pagoda plaza, observed fans celebrating as Rossi held off teammate Carlos Munoz by 4.9 seconds despite cruising at times well slower than 200 mph. This, he said, resonates.

"The nice thing about somebody like Rossi is he's got some international name recognition, which is helpful, but being an American is a great way to do that. He runs the entire series," Boles said. "So that's helpful, so you know everywhere we go the entire year you can talk about the winner of the 100th running of the Indianapolis 500. So I think that's all a great way to continue to cap the year off.

"He's a young race car driver. It's always good to have young Indy 500 winners. You can build long careers around them and that's what'll sell tickets in the long run."

Competing team owner Jimmy Vasser said the successful promotion of this Indianapolis 500 leaves him encouraged the series and track can leverage Rossi, whom he considers, "part of the new breed, good young America material."

"I guess we'll have to wait and see, but the way the speedway did everything top notch for the 100th," Vasser said, "so the plan for future promotion and riding this wave has got to be already set."

The series and Indianapolis Motor Speedway officials were presented a majestic backdrop for arguably the most important day in the history of each. An early-week threat of possible rain never materialized and the race played out under a brilliant, cloud-dappled sky. Temperatures were warm, beer was cold and the patrons seemed happy, although a record of perhaps 350,000 of them jammed into the 107-year-old yard to savor a moment that was as much an Indiana time capsule as a potential turning point in the history of open-wheel racing.

For a series that like every other form of motor sports needs to attract younger fans, this felt as much as a glance forward as a longing look behind. Lady Gaga rode with Mario Andretti in a two-seater that preceded the field. A Skrillex concert, light show twinkling, continued in Turn 3 as the race began. A branded race hash tag led the world. With the first complete sellout in the history of the race and an attendance that likely surpassed the entirety of the Sprint Cup season so car combined, IndyCar mattered Sunday. Now series officials must find a way to pivot from this day to make the next races – a doubleheader in Detroit – matter, which will help assure that more like Sunday can happen again.

That, of course, always has and will continue to be the trick of it. But memories were made, maybe, for those who can help take the Indianapolis 500 into its next century. The series just has to make sure they take root.

Hunter-Reay had sensed the importance of this day long before it arrived. So for most of the snap shot moments leading up to and culminating with the race, son Ryden was in tow.

At qualifying, on the yard of bricks before driver introductions, with his little brother resplendent in his own tiny bright yellow version of the fire suit warn by his father. Children abounded Sunday, with drivers, as usual, and with fans, many of whom seemed to be trying to link their generation's love of the race to the next. They pointed them at memories and hoped they rooted.

That was certainly the case for Hunter-Reay, even though neither of his children may have an actual waking memory of Sunday.

"I'm going with ‘I hope he remembers it', but yeah, I don't have any recollections of when I was 3Â½," Hunter-Reay told USA TODAY Sports on Saturday. "Since I first started running this race I've really been studying it and studying its history and what it means. I always watch it because I love the race, but I got into the history of it and that makes me even more want to share it with my kids and the generations of the future, you know?"

Sarah Connors is more than willing to share her favorite driver. The data analyst from Boston made the 19-hour drive from Boston in one day to support Rossi after becoming a fan when he was the lone American in F1 developmental GP3 series. She'd traveled to Austria to watch him race, was invited into his garage and draped a banner she made on his car, and attended the F1 race last fall in Austin when he was driving part-time for Manor Marussia. Connors leaned over a rail Sunday with an American flag bearing his number 98 and the phrase "Oh, say can you Rossi" awaiting to congratulate him.

"I hope so," she said of sharing Rossi. "I want him to have as many fans as possible. That would be wonderful."

For Rossi and for open wheel racing. Brant James/USA Today