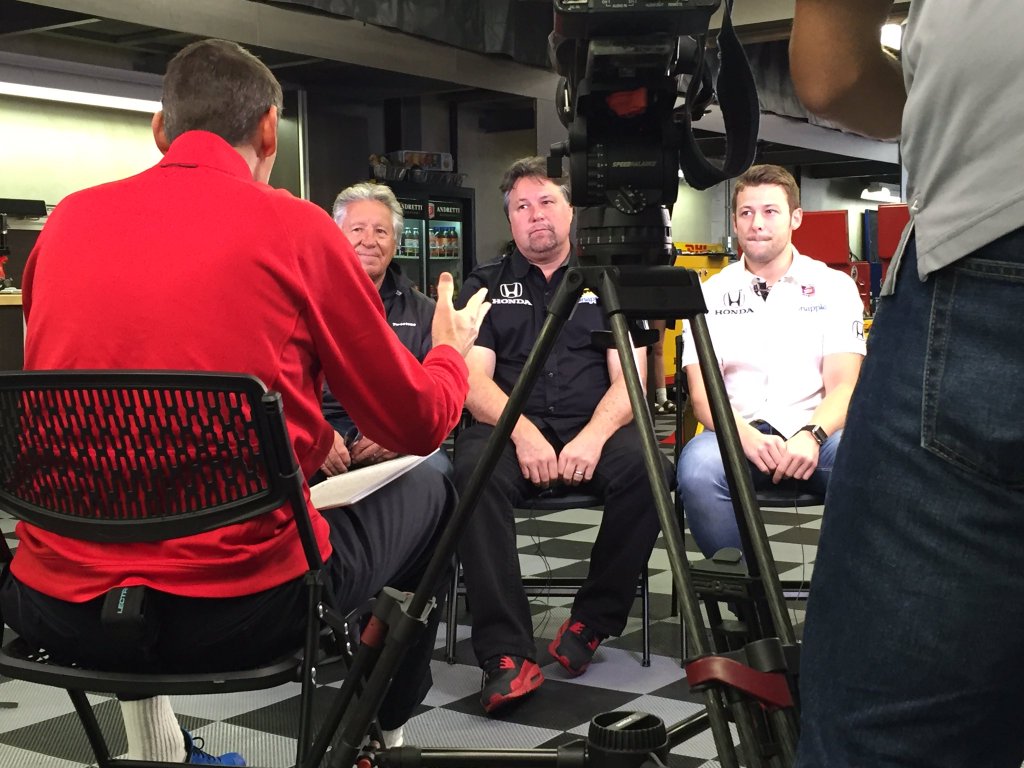 (Reuters) – The Andrettis, Rahals, Unsers and Foyts; different generations from these same families have enjoyed glittering success in IndyCar racing that very few other sports, if any, can match.

Fathers, sons and even grandsons have raced one another on the track while chasing podium success and Sunday's 100th edition of the Indianapolis 500 serves as a timely reminder of this family tradition which is like no other.

Marco Andretti, grandson of 1969 Indy 500 winner Mario, and Graham Rahal, son of 1986 champion Bobby, will be on the starting grid at the famed Brickyard where they will each bid to carve out another slice of family glory.

Marco, who finished second on his Indy 500 debut in 2006, will be competing for an 11th time in "The Greatest Spectacle in Racing" while Graham is making his ninth start after recording a career-best fifth place last year.

Their respective families have enjoyed more than a lifetime of memories, both good and bad, at the Brickyard where Mario raced in 29 Indy 500s, his son Michael competed in 16 and Bobby Rahal took the green flag there on 13 occasions.

Michael ended up with 42 IndyCar wins during a stellar driving career but led more laps than any other driver never to win the Indy 500, crossing second once and third twice.

Mario Andretti, the only driver ever to complete the hat-trick of winning the Indy 500, the Daytona 500 and the Formula One World Championship, is stumped for an answer when asked why IndyCar racing has produced so many successful families.

"I don't know why," the 76-year-old motor racing great told Reuters in a telephone interview. "I don't even know why the sport captured my imagination so early in my life and I became so passionate to the point that I had no 'Plan B'.

"My environment, the way I was brought up and everything that was going on around me during those formative years, had nothing to do with the sport.

"But then of course, you move on and you have a career and you have a life, you have a family and of course the kids are exposed to this, whether they like it or not, and it becomes their life as well."

Andretti said that he encouraged all his children to make their own choices about possible careers, without worrying about his opinion or those from any other family member.

"It was their choice. Did they have the burning passion for motor racing that I did at the beginning? I doubt it. But I think they are happy that they pursued it because they were successful," the Italian American said.

Andretti, who twice finished second at the Indy 500, discounts genes as a possible explanation for the abundance of successful families in IndyCar racing over the years.

"I would suspect that genes are not the case," he said. "I think it's something that you develop later; and you either develop it or you don't. You have to have a mindset to succeed, something that really captures your fancy, your will.

Andretti readily accepts that it can be difficult for younger family members to follow in the footsteps of an established sporting great — a daunting task that was faced by his sons, Michael and Jeff, and his nephew, John Andretti.

"It can be tough if you dwell on it," said Mario Andretti. "But if you start thinking, 'You know what, this is my life, my career, I cannot help anything else that's going on. I have to do my thing and it's got to be good enough.'

"This is something that I preached to all of them. This is a different time, different opportunities. I said, 'Just go out there and try to have some fun but please yourself.'

"Pressure can be good or bad. I loved pressure in the sense that it meant to me that something worthwhile is about to happen. But different people deal with that in different ways." Mark Lamport-Stokes/Reuters